How Evolution Challenges the Basis of Christian Ethics

As I wish everyone knew by now, Catholicism has mostly happy thoughts about evolution, but somehow media illiteracy of the faith just keeps on truckin’. Pope Francis simply reiterates the church’s acceptance of the science and suddenly he’s broken with the tradition. I swear, the poor guy sneezes, and we’re treated to a train of think pieces analyzing what his pronunciation of ah-chew means for the future of Western Civilization.

So, you may have noticed that I qualified the church’s take on evolution. Even today, the church doesn’t give a nod to every aspect of evolutionary theory. Pope Pius XII, in the encyclical Humani Generis, warned the faithful against “fictitious tenets of evolution which repudiate all that is absolute, firm and immutable.” He condemned an existentialist philosophy based on evolution that “concerns itself only with existence of individual things and neglects all consideration of their immutable essences.” He also opposed the “opinion that the world is in continual evolution,” fearful of philosophies that would overthrow “the foundation of all truth and absolute law, both on the level of philosophical speculations and especially to Christian dogmas.” This remains the thinking of the church.

What’s the problem with believing the world is in continual evolution? If such is the case, then what the church calls human nature wouldn’t be an immutable essence or unchanging form, but only a stage of development in the evolution of life on this planet. Human nature would be open to some change and variation. Cracks would appear in the boundaries delineating the human and inhuman, the natural and unnatural. 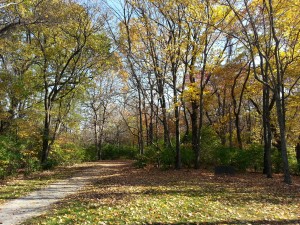 As you might imagine, this would have consequences for natural law ethics, which defines the good in terms of being. According to natural law theory, we’re naturally inclined toward the good, the fulfillment of our being. What perfects us according to our nature is good, and what diminishes us according to our nature is bad.  Because we’re living creatures, life and health are good for us, and we ought to pursue these goods. Because we are by nature capable of knowing and reasoning, we ought to seek to learn the truth and live according to it. If human nature can vary and evolve, however, then the basis of the good can vary and change. Unnatural behaviors and ways of being would be different, but not wrong for their variance from nature.

Of course, the evolution of human nature wouldn’t mean that human nature could become just anything. Evolution isn’t chaos. There are intelligible rules. The content of an ethics based on an evolving nature and an evolving good would not be absolute or timeless, applicable in all times and circumstances, but it would maintain some continuity and objectivity. It wouldn’t overthrow the foundation of all truth, but it would challenge ethical conclusions that presuppose unchangeable human nature.

Considering that Catholic thought on matters like marriage and sexuality sometimes presupposes a normative and permanent sense of nature, the notion of evolving nature is no minor problem. It’s no surprise, then, that Pope Pius XII took a cautious approach to evolution and some radtrads outright reject even the science. For my part, I can no more dismiss the philosophical ramifications of evolution than I can the science, and an evolutionary understanding of human nature generally makes sense to me given what I understand of the matter. Emerging technologies, for example, suggest some interesting possibilities for future human development, embodiment, and reproduction.

Do I therefore advocate the abandonment of natural law? Not at all, actually, but I would say that natural law needs to be developed in light of an evolutionary model and by scholars who understand the relevant science, philosophy, and theology. Better minds than mine, for sure.