Putting Life Back Together After Accelerated Christian Education

According to my diary, I was 28 years old when I finally abandoned the idea that I was inferior to my husband. I have already written about how my marriage greatly improved when we stopped following the Bible’s recommendations for it. But boy did that come with a truckload of guilt.

“The Bible is portrayed as the only source of morality. In ACE, character training serves to reinforce the idea that one cannot be good without Christianity and disparages non-Christians.” (Page 216)

Wives will be (sorry, sad, happy) to obey their husbands.

A wife obeys God when (he, she, it) obeys the husband.

This correct answers are “happy, Wives, and she” respectively.

It’s not a stretch to say ACE thinks little of women. One PACE taught, “It is God’s plan for the father to be the head of his family… he is the one who decides what we must do.” ACE taught kids that Esther submitting to Mordecai, who pimped her out to Xerxes, was correct behavior for women, making rape part of God’s plan and those who submit to rape heroes used by God.

I was emotionally prepared for the chapter on gender since I had been given access to that chapter before the thesis was finished. I read the accounts of sexual harassment and misogyny experienced by the students, and I was prepared enough to emotionally disconnect from them upon the second reading. However, when I reached chapter 12 on socialization, something I never would have assumed would be upsetting to me, I had to stop often. ACE views children as God’s slaves, as worthless, as able to do nothing good on their own. It leveled me to the ground to remember what that felt like.

I ended up playing mindless card games on my phone to recover from this entire section of the thesis. I also began to start picking again—scratching at the skin on my heels or around my fingernails—which were habits I developed during my ACE years. I consider myself a particularly strong person who has a typical range of emotional expression and a low incident of depression, yet I was exemplifying extant negative behaviors born out of a thousand small childhood traumas just by reading the ACE view I was already aware of: that little ones are sinners.

Sinners can be abused. When it does inevitably delve into child abuse, and children like me speak up to parents, ACE has a counter for that as well in the form of a four step process parents must agree to:

Talk about a predator’s playground! To summarize: 1. The school is right, 2. Your child is a liar, 3. This was a matter of your child breaking reasonable rules, 4. The school is to be believed and supported, but not your child. This section goes on to describe several sexual assault cases from ACE schools, with a baffling quote from the founder of ACE that rape just doesn’t happen in Christian schools. (Page 222)

Victim blaming and blatant rejection of reports of abuse define an unjust system. When I was sexually assaulted by another student in my ACE school, I was considered equally at fault since my unsubmissive fighting back also constituted a sin. In fact, I was worse than my attacker since I continued to be upset long after the fact, which was considered a “heart issue” I had to repent of. Forgiving my attacker, which was described as taking the penalty for his crime upon myself, was mandatory. Of course my reporting was “emotionally biased and probably lacking all the facts.”

Sexual predators are known for finding environments in which they can exploit the vulnerable, however, and ACE’s policies provide little defence against this. ACE teaches students to treat those in authority with “deep respect and honor mixed with wonder, awe, and love” (ACE 2010a, 158). Students are told the value of unquestioning obedience on the one hand and denied access to sex education on the other. If a dispute does arise, the Administration Manual instructs schools to “offer the opportunity for the student to explain the incident in front of his parents and the school staff member(s) involved” (ACE 2012, 125). In a case of possible sexual abuse, this would be a wholly inappropriate course of action. Fear of being disbelieved or blamed often stops victims of abuse from reporting. (Page 223)

Systems of Indoctrination contains many accounts of abuse, yet it was this belief that children can’t be trusted, that their words are false, that their value is worthless, and that their lives and emotions belong to Christian leaders that upsets me most of all. I recovered from the assaults much faster than I did from the relentless violence to my self-worth.

So how does this connect to the abuse and subjugation of women? Simply, women are never elevated in status too much above a child. They will continue to be similarly dependent, first to fathers and then to husbands. Both children and adult women are instructed by ACE to be submissive, to obey, to be silent.

I don’t know if I can properly describe the paralyzing self-abasement I internalized in the ACE system. I can say that for years after my deconversion I struggled with some pretty nasty false beliefs I had been taught, including the idea that I was inferior to the men in charge of me (father, husband) and the men in the church. I struggled with thinking my body was evil, that sex was evil. I struggled with speaking in front of groups of people that included men because as a woman I should be silent. And I still hear my pastor saying God won’t bless my marriage unless I turn it into a hierarchy. Scaramanga labeled these “ghost beliefs”—those ideas that are inserted into our heads by constant battering when our brains were still developing.

These ghosts are as insidious as they are obvious, infecting my mind even as they disappear immediately upon inspection. They act as scary shadows against a flashlight beam. I hate that they still occasionally cause me fear or panic despite there being nothing substantial to them.

I believed all the negative messages against me since I trusted the adults who taught them to me. My missionary service, going to a Christian college, who I married, the timing of my first child, the countless hours of prayer and Bible study, the friends I cut from my life for sanctification purposes, as well as many other post-ACE decisions were greatly influenced by these lessons. I was being brought up to become an asset to the church. Of course, last I checked, the church is not accepting atheists so this training would be especially worthless to me.

Even though the indoctrination was not permanent, it informed their early choices… They thus find themselves in their late 20s or 30s, on a life course whose trajectory was determined, or at least markedly influenced, by indoctrination, with little preparation for any other kind of life. (Pages 252-253)

I have always said I did not deconvert from Christianity because of my bad experiences with ACE. That reductionist conclusion downplays or outright ignores the work I did in deconstructing my faith’s claims, learning about logical fallacies, developing a passion for truth that prioritized evidence, and dealing with the devastating personal, social and emotional fallouts of my conclusions. But after reading Systems of Indoctrination, I feel I must accept ACE’s hand in my journey away from religion. Even though I had embraced a gentler, kinder progressive Christianity after college (a sin in itself to an ACE mindset), it didn’t help that I had seen firsthand what taking these ideas extremely serious led to, and no one took them more seriously than ACE. And if watering it down until it looked nothing like its charter document was what it took to keep Christianity both healthy and reasonable, then maybe Christianity was neither of those things.

ACE didn’t set out to harm children; it set out to follow biblical Christianity. Of course I’ve just read hundreds of pages showing how this has harmed children. ACE, and my parents by extension, followed an ugly circular path from trying to avoid harm (public school) to following harmful teachings (fundamentalism) to causing the very harm they were trying to avoid (educational neglect, abuse, bondage). In the words of Steven Weinberg: “With or without religion, good people can behave well and bad people can do evil; but for good people to do evil – that takes religion.”

Even though I am well removed by years and distance from the ACE system, parts of it still linger inside me, infecting my thoughts about myself. If I could save anyone else from these experiences, I would.

At least I saved my marriage from it.

Alexis Record lives in San Diego with her husband and their two special-needs children, the second of whom was added to their family through adoption. Alexis has overcome an inadequate education with the infamous Accelerated Christian Education materials, and continues to fill in the gaps by reading anything she can get her hands on. Her book reviews and other writing have appeared on multiple blogs including The Humanist, The Radical Notion, the Clergy Project’s Rational Doubt, Faithless Feminist, Friendly Atheist, and Removing the Fig Leaf. 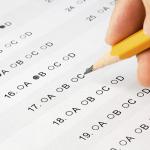 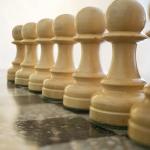 November 1, 2017 Children: The Pawns of the Culture War
Recent Comments
0 | Leave a Comment
"Koming here, bekause another blogger on Patheos was diskussing ACE, and now finding your blog ..."
B.E. Miller It’s time to move on from ..."
"Where do you live? I've never had an issue with my diploma and I've worked ..."
Joshua Alexander Putting life back together after Accelerated ..."
"Bye Johnny. It is poetic justice that your lies, stupidity, hated has finally caught up ..."
Matman It’s time to move on from ..."
"Just to ease your mind, I want you to know that I am free of ..."
Cyndi Draper Guest post: Be careful, or your ..."
Browse Our Archives
get the latest from
Nonreligious
Sign up for our newsletter
POPULAR AT PATHEOS Nonreligious
1