Big news from the Democratic Republic of Congo, as reported by the New York Times:

On Tuesday, the rebels, known as M23, announced that they were ending the 20-month rebellion that had brought renewed instability, uncertainty and conflict to the eastern part of Congo. After suffering a string of recent defeats, the group’s chairman, Bertrand Bisimwa, said that M23 had decided “to pursue by purely political means the search for solutions to the root causes which led to its creation.”

In a statement headlined “Declaration of the End of Rebellion,” Mr. Bisimwa said, “Commanders are requested to prepare the troops for the process of disarmament, demobilization and social reintegration.”

While I don’t begin to understand all of the intricacies in this Congolese situation, it would seem that an end to this bloody conflict is a very hopeful sign. Tweeting from his post as US Special Envoy to the Great Lakes Region, former Senator Russ Feingold shared an optimistic perspective:

M23 news is hopeful step, not comprehensive solution to the region’s problems.Parties must keep their commitments to the FrameworkAgreement.

One person I’m going to be watching for commentary is Cardinal Laurent Monsengwo Pasinya of the Democratic Republic of Congo and the Archdiocese of Kinshasa and a delegate to the commission of eight Cardinals who will advise Pope Francis on reform of the Curia and governance of the Church. News of the peace agreement is reported on the Archdiocesan website here.

Out today from Vatican Radio is a quote from Annick Bouvier, a spokesperson for the International Committee of the Red Cross in Kinshasa calling the situation in the region still a priority for those serving there.

Some political initiatives are underway, though the situation remains uncertain, she said.

“For the ICRC, the priority remains to be very close to the communities most affected by the consequences,” she said, referring to the victims of direct attacks, sexual violence and looting.

“We continue to assess the situation,” she said. “One of our priorities is also to continue the bilateral dialogue with armed forces and groups to try to convince them to respect international conventions and law. We also network with a number of people who could have an influence on these forces and groups to try to alleviate the suffering of the population in eastern DRC.”

Our prayers for peace in the region continue. 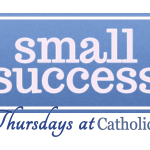 November 7, 2013 Small Success Thursday: Little Is OK
Recent Comments
0 | Leave a Comment
Browse Our Archives
get the latest from
Catholic
Sign up for our newsletter
POPULAR AT PATHEOS Catholic
1 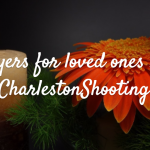 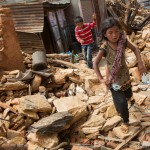 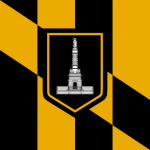 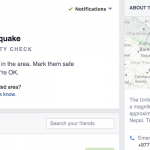