My parents started out as fairly ordinary evangelicals. My mother intended to go back to work after I was born, but once she held me in her arms she decided she could not bear to leave me with anyone else, and so she stayed at home.

About this time a homeschool friend gave my mom Michael and Debi Pearl’s To Train Up A Child. My parents were quickly sold on the Pearls’ methods and put them into practice in our home. My mom kept a box of extra copies of the little book in her closet, and was always giving them away to new mothers, telling them that it was the best book on child rearing they would ever read. From that point on, we children were switched for any disobedience and trained to do exactly as told. My parents followed the Pearls’ methods religiously and ordered other books from the Pearls’ No Greater Joy ministry as well.

When I was around ten, my parents discovered Vision Forum, and from then on we frequently ordered from all three of its catalogues. Our home was soon filled with a variety of Vision Forum literature about God’s plan for the family, and my parents moved further away from regular evangelicalism and into the world of Christian Patriarchy.

Over the course of my childhood, my parents’ religious beliefs shifted dramatically. While they had before believed simply that the man was the head of the house, they now believed that married women were not to work outside of the home and that wives must always submit while husbands led. While they had before believed that girls, like boys, were to grow up and made their own decisions, but now they believed that a daughter remained under her father’s authority until marriage, when she would be transferred to her husband’s authority. While they had themselves dated, they now believed that dating was merely practice for divorce and that courtship, guided by the girl’s father, was God’s plan for Christian marriage.

My parents had always intended to have a good number of children, but they now believed that children were a gift from God and that it was their mission to raise up godly children to retake America for Christ. And so the children came, one after another after another, somewhere around a dozen in all.

My memories of childhood are almost uniformly happy. I loved having so many siblings, loved being homeschooled, loved Vision Forum (we children used to fight over the catalogues and circle items for our birthdays), and loved the Pearls (I always snatched up No Greater Joy magazine as soon as it came in the door). My dad and I were close, and my mother was always there for me. I loved cooking and sewing and caring for my siblings. I loved our gardens and the land we lived on out in the country. My mother thrived on being pregnant and never ran out of energy; my father held a good, stable job, never raised his voice, and was always ready to tussle with the little kids or read a book aloud in the evening. My parents’ house was full of laughter and love, the kind of place where adventures, practical jokes, and pleasant memories abounded. I cannot overestimate this enough—I had a supremely happy childhood and a very beautiful girlhood. But this was not to last.

I am going to arrange the story of my childhood around the attributes of a beautiful girlhood advocated by Vision Forum, and finish with three segments on how this all fell apart in my early adulthood, and the pain that came on its heels. I will explain why I call my story The Beautiful Girlhood Doll at the end.

For the next installment in this series, click here. 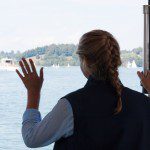 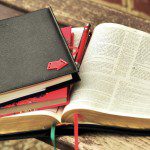 Men's Nipples: Noted Creationist Scientist Says Men Nursed...
The Devil’s Den, Australia Speaking to a crowd at the Semi-Annual Meeting...
view all Nonreligious blogs
What Are Your Thoughts?leave a comment
Copyright 2008-2021, Patheos. All rights reserved.