The “Problem” of Lust

Note: I am defining lust as “a feeling of sexual desire” and lustful thoughts as “sexual thoughts or fantasies.”  This is actually the dictionary definition, when devoid of all the shame talk religion gives the word “lust.”

Just recently I tried to show some of my brothers a movie I really enjoy. After watching the beginning, they told me they could watch no more. Why? Because it included some nudity. This has made me realize how hard it must be to be my brothers. They have been raised to believe that any time they think about sex they are committing the sin of fornication just as if they were actually having sex. The problem here is that my brothers are red blooded American males. How can they not think about sex? In fact, they are hard wired to think about sex! What an internal conflict they must face!

My brothers likely cannot walk across the street or through a grocery store without seeing something, a neckline or a hip movement, that makes them think about sex, and when they do, they in all likelihood beat himself up for committing the sin of fornication. They must wonder why is so unable to stop himself from sinning in this way. They must wonder what is wrong with them. I would be surprised if they wish that women wore more clothing, so that they  would not be forced so helplessly to sin. It’s really no wonder they refused to watch a movie that included some nudity! Think, for example, of the title of Joshua Harris’s book Sex Is Not the Problem, Lust Is.

I also used to think like my brothers, and it almost ruined my marriage. I have to ask, who the heck thought that teaching me first that every time a man thinks a lustful though he is committing “fornication” or “adultery” in his heart and second that men think about sex all the time and practically can’t help it was a good idea? The combination is noxious!

After I first married I naturally believed that my husband was cheating on me numerous times every day. I was overcome by jealousy, and I didn’t let the issue be. I watched my husband closely when we were out, and felt sick to my stomach every time we would pass an attractive woman. When he would get home from work, I would grill him, asking if he had seen any attractive women that day or whether he had had sexual thoughts about anyone other than me. When he was honest, I would feel hurt and sometimes even cry. The pain I felt in my heart, the jealousy – how unnecessary they were! I was missing how completely enamored my husband was with me by focusing on jealously guarding his thoughts! I look back and shake my head at the pain I felt and the pain I caused my husband.

After about a year of marriage I came to my senses and realized that there is nothing wrong with lust. Nothing. There is a problem of course if lust leads one to do things that hurt others, but that problem is not inherent to lust itself. Today, I have no problem with the fact that my husband thinks sexual thoughts when he sees attractive women; this is, after all, only natural. I have realized that asking my husband not to have these thoughts is asking him to go against his very nature as a human male. In contrast, if my husband were to allow lustful thoughts to take over his life and get in the way of his work, or if he were to act on those feelings and have sex with another woman, or if he were to allow thoughts of other women to make him dissatisfied with me, that would be a problem. His natural lustful thoughts, however, are not a problem. And with that realization I have seen more every day how completely in love with me my husband is, and how much he absolutely adores me.

Now that I have realized that lust is not a problem, my relationship with my husband has improved drastically. Today my husband and I talk openly about who we think is hot. We’ll be walking down the street together and he’ll gesture to a guy a ten yards away. “What do you think of him?” he’ll ask. Or we’ll pass a bodacious woman and then I’ll turn to my husband: “You were looking at her boobs, weren’t you?” “Yeah. But apparently so were you.” And then we smile. We talk about which actors or actresses we think are the sexiest. He prefers Angelina Jolie, and I go for Brad Pitt. But then he’ll tell me that he likes Angelina Jolie in part because she and I share some features, and I’ll tell him that I see him as a slightly less hunky version of Brad Pitt with highly superior brains. Our sexuality has become something we can bond over, rather than something I have to jealously guard.

I think the biggest thing that has changed, though, is that I now trust my husband. I am not bothered by knowing that my husband is sexually attracted to other women. It may seem counterintuitive, but now that I realize that lust is not a problem I can finally trust my husband in a way I couldn’t before. I trust him to not let his thoughts lead to adultery or or make him discontented with me, but I also don’t worry about those things anymore, because I know that just because he thinks other women are hot doesn’t mean he’s not totally crazy about me. Somehow, I missed that before. Somehow, my husband being attracted to other women meant that I wasn’t enough, that I was inferior, that he was on the lookout for something more. And now I’ve realized that that’s not the case at all.

The reality is that these teachings about the sinfulness of lust are destructive, both to young men and young women, and also to marriages. It’s time to say that enough is enough. 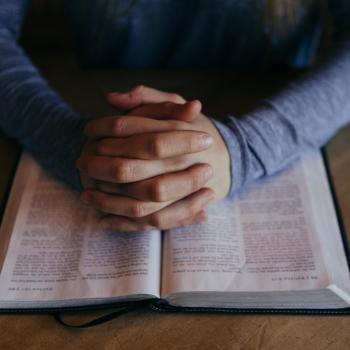