Last month, World Magazine responded to Christian purity culture advocate Josh Harris’s fall from grace with an article titled “Harris and homeschooling: One man’s apostasy doesn’t undermine a way of teaching children.” The headline alone made something jump inside me. Of course people would be asking this question. I’d been so focused on Josh’s purity teachings that I’d forgotten the implications his “apostasy” might have for homeschooling.

I grew up in a Christian homeschooling family. I left my evangelical faith over a decade ago. I have a family of my own now, with two children who are fast approaching adolescence. When I started blogging almost a decade ago, I found an entire community of homeschool graduates who’s left evangelicalism behind. We’re so ubiquitous—or at least, I’d thought we were—that I forgot, in the wake of Harris’ announcement, that some Christians would be shocked to learn that children raised in homeschooling families could turn apostate—shocked, I tell you.

In the 1980s and 1990s, Gregg and Sono Harris became familiar faces to many in the growing number of Christian families educating their children at home.

Gregg Harris spoke at conferences and workshops, and the couple’s oldest son, Joshua, became something of a teen icon: He spoke to homeschool audiences, he wrote articles, and he produced New Attitude, a magazine for homeschool kids.

Harris announced his renunciation of Christianity in an Instagram post on July 26, shortly after a separate post announced the end of his 19-year marriage. He apologized to the “LGBTQ+ community”  for the Christian sexual ethic he once taught.

The Twitter responses were predictable: “Joshua Harris kisses marriage goodbye,” and, “I kissed Christianity goodbye.” Some may also have wondered: Should we kiss homeschooling goodbye too?

The short answer is no. Harris’ failures don’t mean homeschooling is a failure. But the apostasy of a well-known evangelical is a tragedy, and it’s worth reflecting on what Christians can learn.

Lots of Christian writers have noted the smorgasbord of factors that might have contributed to Harris’ fall: early celebrity, later celebrity, a lack of formal theological training, a sex abuse scandal that engulfed his church, and more.

The need to find a scapegoat—someone or something to blame—is strong with these ones. But, okay, it was Harris’ lack of formal theological training. I’m sure that’s what it was.

Dean then adds this:

Homeschooling isn’t a formula for producing godly children, and personal purity isn’t a guarantee of a dream marriage. Only Christ changes hearts and gives the grace to keep going.

I really wish the community I grew up in had known this. And it’s all well and good that Dean is saying it now, but this certainly wasn’t what World Magazine was saying back in the 1990s. I wish someone had told my parents this thirty years ago, or me when I was a teenager. It’s all well and good to act like this is obvious now, but it wasn’t.

And honestly? The problem still hasn’t been fixed. Dean correctly stated that homeschooling isn’t “a formula for producing godly children,” but she still felt the need to finish be reaffirming homeschooling nonetheless:

I’ll give you an example. When I left for college, I was shocked to find that many of the students who lived in my dorm seemed happy and fulfilled, despite not being evangelical Christians. This was very jarring. I had expected them to have an emptiness inside—I was taught everyone had a Jesus-shamed hole in their heart. If I’d gone to public school, and had contact with people who were not evangelical while growing up, this probably wouldn’t have affected me the way it did, coming on me all at once as a surprise, when I was already an adult.

I don’t have statistics and numbers, only anecdotes. But I actually think my anecdotal experience isn’t that out there, because I have a control group of sorts—I have aunts and uncles who were the same sort of Christian as my parents, and just as convicted and dedicated in their beliefs, who sent their kids to public school.

I’m not saying sending your child to public school is some sort of magical formula, either. It’s not. I’ve often said that there are no formulas. Our children are not our carbon copies, or puppets to control. They are independent human beings who have their own unique set of experiences and grow up to make their own decisions.

I will say this: I think there is significant reason to doubt the conventional wisdom among many evangelicals that homeschooling one’s children will make them stronger Christians, or more likely to stay on the strait and narrow. 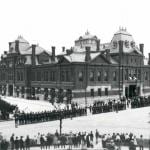 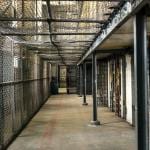