As I approached puberty, my parents told me that “we’re not going to do that whole teenager thing.” They said that this whole idea of teenage angst and rebellion is a modern social construct, and that the word “teenager” was less than a hundred years old. Children, they asserted, were supposed to move straight from childhood to adulthood, no questions asked, no angst or rebellion permitted, no being teenagers allowed.

This is actually fairly common in the world of Christian Patriarchy. All the typical things that teenagers do – dating, going out with friends, having disagreements with their parents – are seen as bad things.

Dating means giving away pieces of your heart, sacrificing your physical purity, and practicing for divorce.  Hanging out with friends means gossiping, being bad influences with each other, and not serving your family at home. Having disagreements with your parents means having a wicked, rebellious heart and walking away from God. The word “teenager” becomes almost a bad word. My parents told us that rather than “teenagers,” we were “young ladies” and “young men.” 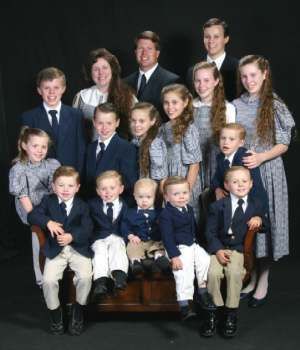 The truth is, I was never allowed to be a teenager. I never dated. I never hung out at the mall. I almost never spent time alone with my friends (when we were together, we were generally watching our younger siblings). I never experimented with my clothing or hair. I never questioned my parents or their beliefs or disagreed with them in the slightest. I never did anything normal teenagers did. Instead, I cooked and cleaned and raised my siblings, and in my spare time I set up my dollhouse, curled my hair to look like girls in centuries-old pictures, sewed doll clothes and old fashioned clothing (including dresses with stays in them), perfected my pies, and gathered wild herbs.

Now it’s true that the word teenager is less than a hundred years old, and it’s true that our current modern conception of the teenager is new. But the reality is, in our society today, being a teenager is not simply about gossip and boys and a lack of responsibility, it’s about figuring out who you are as an entity separate from your family and their beliefs. Because I was never allowed to be a teenager, I never differentiated myself from my parents at all. I never learned who I was. I was never allowed to.

While I do wish I had been allowed to be a teenager in external trappings – clothes, dating, hanging out at the mall – what I really regret about not being allowed to be a teenager is not the material trappings but rather not ever separating myself and my identity from those of my parents. I wish I had been allowed to be different from them, and encouraged to find my own interests and beliefs. I wish I hadn’t been so enmeshed in my parents’ lives and identities as to lose myself completely.

Yet in some sense, I didn’t skip being a teenager, I simply delayed it. I spent my adolescence living in a state of half childhood, half adulthood, with the lack of freedom and the trusting beliefs of a child but the responsibilities and expectations of an adult. When I hit my early twenties, I finally began differentiating myself from my parents and their views, figuring out what I believed and wanted to be for myself, and my parents didn’t take too kindly to this. The result was a full scale rebellion as my parents locked down.

My parents were completely taken aback. This was not part of the playbook. They thought they had transitioned me directly from childhood and adulthood, and had honestly accepted their beliefs as mine. After all, I had always marched after them with abandon, placing one foot in front of the other and never looking back. What they could not see was that my beliefs then were those of a child. I echoed my parents’ opinions without ever having questioned them. I simply took what they told me at face value and believed it. I yearned to please my parents, and becoming their echo chamber was one way I could do this. My parents encouraged us to study apologetics and read the Bible for ourselves, but while studying our beliefs was encouraged, asking real questions or expressing doubt was not.

The truth is, my parents never gave me a chance to think things through for myself and become my own person.

I’m going to let my daughter be a teenager. I’m going to encourage her to explore and experiment and figure out who she is and what she believes. I’m going to give her room to become her own person. Because, quite simply, that is what it means to grow up.