Since most of the world doesn’t understand Quiverfull/Christian Patriarchy culture, do you feel this creates barriers in friendships or in romantic relationships? Do people have a hard time understanding you and your past?

It seems like people are much more interested in who I am now than in who I used to be.  Personally, I try not to bring up my past until a relationship or friendship feels more established.  It is often hard to avoid though because there are also a lot of common conversational topics that I can’t really contribute to without shocking people, things like childhood family relationships, school experiences, dating, and pre-2005 pop culture.  When I do “come out” as an ex-fundamentalist homeschooler, it is always a very stressful experience for me despite my efforts to be casual about it.  Luckily, these days I feel encouraged because people more often respond with something like, “Wow, I had no idea….you seem normal.”

A lot of this progress toward normalcy was made possible through the unceasing support of my husband.  Sorting through my childhood baggage has actually brought us closer together and made us both better people.  When we first got together, neither of us had any idea how much childhood baggage I had though.  Despite my husband’s conservative Christian upbringing, I shocked and horrified him many times with stories and memories from my childhood.  Our countless hours of conversation have helped me process my experiences and helped me realize that these things are not typical of wider Christian and secular culture.

This? This is where I get stuck. I feel like it would be easier to explain my feeling out of place if I could say “I was raised Amish” or something like that. Then people would have at least some idea of what I’m talking about. But most people have never heard of Christian Patriarchy or Quiverfull and everything that is involved in them. Most people have no idea how to understand my past at all. I really think some people I know try to avoid me as “the girl with that crazy past.” This does affect friendships too. The people I consider my closest friends are those who do understand my past, and know where I’m coming from, and can in some way identify with it. As for romantic relationships, my husband has heard me talk through these things so many times, and has gone through so much of my leaving process with me, that he generally can understand and is a wonderful support.

Some people certainly do, yes. Germans are very straight-in-your-face rude (if you’re not used to it) and a lot of people have asked weird questions. There are lots of mix ups with other christian sects. The European public generally knows only about big incidents, such as the Zion group in Texas being arrested for sexual abuse of children, so a lot of associations with that are made. People used to ask me a lot if I was sexually abused, married off to an old man, if my dad had four wives and things like that. But they are all curious to hear the truth and ask many questions to understand. My friends have no problem dealing with my occasional weirdness and help me out a lot. Of course I have some issues where I just can’t get over old habits and beliefs, but I feel like I’m generally accepted pretty well by the people around me. Sometimes, this “Oh it’s because you’re from a cult” thing annoys me, when people try to explain things I do by connecting it to my childhood. Not everything I do has something to do with it. But I can be just as German-rude as they are and just tell them straight to their faces it hurts me to be categorized like that, which helps a lot.

Now, in romantic relationships, it’s different. A lot of things don’t come easily. My boyfriend didn’t understand why I didn’t even want to touch him at first and I think that hurt him a lot, too. Everything is hard, and everything is a fight. I don’t think it would work with someone who isn’t as patient as my boyfriend happens to be. He does get angry at some things too, sometimes, and has to take a few minutes to himself to get over it. I have to be honest, I wouldn’t blame him at all if he left me tomorrow. I know what the bible says about love, but I don’t think that’s entirely true. I much rather quote a woman who said: “Sometimes, you think love will fix it. All we need is love, more love. But sometimes, love just isn’t enough.”

I’m usually able to brush things off by saying “I was homeschooled,” or “I’m the oldest of nine kids,” and that tends to clear up a lot of confusion. I don’t like explaining in a lot of detail what my background is, since most people just won’t understand even if I tell them my story. Usually it’s not important to explain things. My husband is from a similar background, and so we are able to relate over a lot of these things, although his family was a much more healthy and stable than mine was.

Most people don’t know what I am talking about. Just the usual questions you exchange when meeting someone (how many siblings do you have, what did you major in, how did you and your spouse meet) is enough to make it clear that I have an odd history. I usually try to keep my past somewhat vague in the average friend/ acquaintance relationship, so I don’t put anyone off by confusing descriptions.

My background, on top of being hard to explain, has made me emotionally disabled. I was trained to hide my emotions, and “guard my heart.” It has been a huge struggle for me to learn how to connect with people honestly. I used to lie a lot about my childhood. I would make up elaborate stories about sneaking out of the house and partying to try and relate to peers, and then I would turn around and tell fairly tales about how perfect my childhood had been and how incredible my parents were to try and appeal to a different crowd. It is very hard to explain your past to someone when you don’t understand it yourself. Don’t feel pressured to share things that you haven’t processed yet. Once you have a better grasp on the past, it’s easier to share the truth about your childhood in a way that makes sense to people, and without getting embarrassed or ashamed.

I’ve found that most of the dynamics I grew up with in my church are also experienced by worldly people. My “normal” friends have dysfunctional family dynamics where one partner dominates another (even without the Bible telling them to). They have problem siblings and sexual double standards. They are sometimes overprotected and forbidden to do things like date or go to prom. They are raised in other religions (one Catholic) that load them up with existential guilt, too. Basically, I don’t think there’s anything all that special about Christian Patriarchy that can’t be understood by “normal” people. 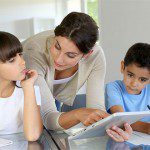 Nonreligious
Do You Love God More than You Love...
Love, Joy, Feminism 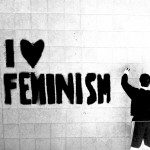 Nonreligious
What Makes Someone a Feminist?
Love, Joy, Feminism 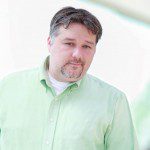