Tragedies Should Be Calls to Action

Tragedies Should Be Calls to Action December 14, 2012 Libby Anne

I’m hearing it again. Eighteen elementary children met pointless deaths today, and yet my facebook feed has lit up with cries that gun control doesn’t solve anything and assertions that the problem is spiritual darkness, not things like guns or mental illness. Eighteen families have lost their children, and yet the cries of denial are loud already.

I am a mother. I have children, one of whom is fast approaching elementary school age. I cannot imagine the grief those families in Connecticut are going through right now. Actually, I think I can. And that, perhaps, is why I feel like I’ve been kicked in the gut. Perhaps that is why the tears keep flowing. Perhaps that is why there is anger rising inside of me, and the need to scream pushes up in my throat.

And yet, they say, gun control does nothing. Mental illness is nothing but spiritual darkness. There is nothing we can do to prevent another mass slaughter but pray.

Gun Control Does Nothing?

The numbers show that more guns = more homicide. More guns = more deaths. Countries with stricter gun control laws not only have lower levels of gun deaths but also lower levels of murder. Could part of this be that countries that are willing to pass gun control laws are countries that are culturally less violent? Sure. But it also reflects the facts that the more guns there are in a society, the easier violence and murder becomes.

Let me offer an example. There was another school attack today, this one in a primary school in China. Twenty-two children were injured, but all will recover and there were no deaths. What was the difference between these two attacks? While the attacker at the Connecticut school had a gun, the attacker at the Chinese school had only a knife. China, you see, has very strict gun control laws.

A Symptom of Spiritual Darkness?

We also need to combat the idea that tragedies like these are the result of spiritual darkness. You see, as long as people see these sorts of things as the natural results of people not accepting Jesus as their savior, the entire focus of efforts to prevent tragedies like this will be on things like prayer and conversion, rather than on things that could actually make a difference.

So let’s look for a moment at two things: first, the homicide rate in each continent, and second, the religious makeup of each continent.

This table unfortunately doesn’t match perfectly (it breaks up the regions differently), but it does allow for some comparison:

Am I saying that being Christian makes someone violent or more likely to be a murderer? No. I’m simply saying that the idea that our murder rate is high because of “spiritual darkness” while the murder rate in Asia and Oceania is a fifth what it is in the Americas even as only 7% of the people are Christian is crazy. And that’s something we need to be pointing out.

Today’s tragedy was pointless and senseless. But instead of putting our heads in the sand and our fingers in our ears, we need to have a serious conversation about how we can prevent this sort of tragedy from being repeated again, and again, and again. Do I have all the answers? No. But if we don’t start asking questions, we’ll never get any closer to finding answers. I believe we can make things better, and I can only hope that when my children’s children approach kindergarten, they won’t receive such strong reminders of their children’s mortality every time they turn on the news.

December 14, 2012
CTBHHM: In Which Mike Spills the Garbage
Next Post

December 15, 2012 "Legitimate Rape" and the Good Men Project
Recent Comments
0 | Leave a Comment
Browse Our Archives
get the latest from
Love, Joy, Feminism
Sign up for our newsletter
POPULAR AT PATHEOS Nonreligious
1 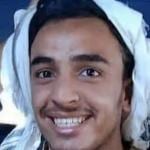 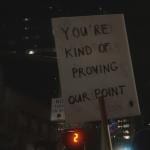