This interview is two years old, but I only just happened upon it and wanted to share. In it Scott Lively, one of those American evangelical leaders who traveled Uganda to stir up homophobia, discusses Uganda’s “kill the gays” bill. It’s bad. Really, really bad.

Not that even though Lively repeatedly says he is against the death penalty, the rhetoric he uses in talking about Uganda’s dire situation and the threat posed by “the gay movement” makes it easy to see how his advocacy, along with that of other similar American evangelical leaders, led to Ugandan leaders writing and advocating a bill that not only criminalized LGBTQ individuals but even included the death penalty.

Also, note what Lively says about the “effeminacy” of modern Christianity, and the tone in which he says it. How can evangelical leaders like him say with a straight face that women and their female roles are equal while at the same time speaking of “effeminacy” as this horrible rot in the church? And since the word “effeminacy” has also been traditionally applied to gay men and trans women, and not in a positive sense, well, it all starts to feel very intertwined.

One more note: Scott Lively is currently being taken to court for crimes against humanity stemming from his involvement in promoting homophobia in Uganda. It should be interesting to see where this goes.

Thanks to Latebloomer for drawing it to my attention.

January 25, 2013 CTBHHM: Be Afraid, Very Afraid
Recent Comments
0 | Leave a Comment
"Are children of enlisted servicepeople (who are not necessarily citizens) different from other children born ..."
David S. This Is Racist Birtherism
"Haha!"
Mopsy Pontner The Vision: The Native Americans and ..."
"I was thinking along the same lines about Mary. Just how "youthful" of a "little ..."
Madison Blane The Vision: The Native Americans and ..."
"Children of enlisted servicepeople are different from other children born to US citizens abroad. If ..."
Madison Blane This Is Racist Birtherism
Browse Our Archives
get the latest from
Love, Joy, Feminism
Sign up for our newsletter
POPULAR AT PATHEOS Nonreligious
1 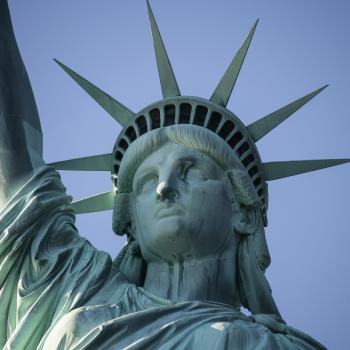