The Gothard-Sized Skeleton in HSLDA’s Closet

There is a Gothard-sized skeleton in HSLDA’s closet. But before we get to that, let’s start with an excerpt from Michael Farris’s white paper, A Line in the Sand:

Although some people want HSLDA to be the police force of the homeschooling movement—removing those who miss the mark in some manner—that is not our role. Even though I have been uncomfortable with the teaching coming from each of these men for several years, it is not my place to try to remove viewpoints from the homeschooling community just because the HSLDA board or I hold a different view. Our role is to defend the freedom of everyone to homeschool. But with these recent scandals in view, we think it is now time to speak out—not about these men’s individual sins, but about their teachings. Their sins have damaged the lives of their victims, and should be addressed by those with the appropriate legal and spiritual authority in those situations, but their teachings continue to threaten the freedom and integrity of the homeschooling movement. That is why HSLDA needs to stand up and speak up. Frankly, we should have spoken up sooner. How much sooner is hard to say. There is a subtle difference between teaching that we simply disagree with and teaching that is truly dangerous. While we did not directly promote their teachings using our own resources, we did allow Vision Forum to buy ad space to promote their products and ideas. We were wrong to do so. And we regret it.

I have just two questions: First, what time frame does “for several years” imply? Second, what does “we did not directly promote their teachings” mean?

I ask these things because something has just come to my attention as a result of the investigative reporting of R. L. Stollar of Homeschoolers Anonymous—an unacknowledged elephant in HSLDA’s closet. First, some background from Stollar’s piece:

Every year the Home School Legal Defense Association (HSLDA) puts on the National Leader’s Conference, where the biggest names and leaders in homeschooling come together to network and hear educational and inspirational talks from both HSLDA’s staff as well as outside speakers invited by HSLDA. During the conference, HSLDA gives an annual award: the Lifetime Achievement Award. According to HSLDA, this honor is bestowed upon “a leader who has demonstrated valuable leadership to the homeschool community, inspired and motivated others to effective action, overcome hardships and obstacles to succeed, demonstrated a servant’s heart while exhibiting the qualities listed above, and maintained a clear witness concerning Jesus Christ and the Gospel.”

And so we come to HSLDA’s National Leaders’ Conference in September of 2010, almost exactly four years ago, where Bill Gothard was an invited speaker. Who received that year’s Lifetime Achievement Award? We can find the answer to this question, which appears nowhere on HSLDA’s website, in a comment left on a blog post critical of Farris’s white paper:

As a former board member of a state home schooling organization, I clearly remember HSLDA, during their national conference for home schooling leaders that was held just 4 years ago in Chicago giving a lifetime home schooling achievement award to none other than Bill Gothard. HSLDA gives this award annually to those that they judge to have made significant contributions to the home schooling movement. This award has gone to men like Greg Harris and the now deceased and former HSLDA attorney, Chris Klicka. HSLDA even had Gothard conduct a Sat afternoon session at their conference that was geared toward fathers and sons…just 4 years ago!

That’s right, HSLDA gave their 2010 Lifetime Achievement Award to Bill Gothard. That’s right, the award that signifies not only significant and important leadership in the Christian homeschool movement but also a clear witness of the gospel. So much for Farris’s condemnation of Gothard’s beliefs as dangerous and unbiblical.

Hence my questions: When Farris said he had been “uncomfortable” with Gothard’s teachings “for several years,” what timetable does that imply? Clearly fewer than four. But this is odd, because I am unaware in any change in Gothard’s teachings during that time. What suddenly changed his mind, so soon after awarding Gothard HSLDA’s prestigious Lifetime Achievement Award and asking him to speak to HSLDA’s exclusive and selective National Leadership Conference? Second, when Farris said HSLDA “did not directly promote” Gothard’s teachings, had he forgotten about the 2010 conference and awards, or is he operating on a different definition of “promote” than other people? Would Farris argue that giving an award that singles out an individual as a valuable homeschool leader and clear witness of the gospel does not amount to “promoting” that person or his teachings? Would he argue that those attending his conference would understand that HSLDA did not intend to “promote” the teachings of any of the speakers they invited.

Yes, I have questions, and plenty of them.

Farris would do better in his new endeavor if he would be more honest about his involvement in promoting the leaders he is now criticizing. Mischaracterizing the past isn’t going to do him any favors. What is that they say? Honesty is the best policy, right? Come on, Farris. You can do better. 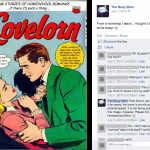 September 3, 2014
How Not to Address Marriage or Child Abuse
Next Post