A Quiverfull of Definitions

I’ve increasingly seen the media use the word “quiverfull” used to describe the Duggars’ entire subculture, and that’s bugging me, because this use of terminology is neither very accurate nor very helpful. In its purest definition, “quiverfull” means abstaining from using any form of birth control and instead letting God plan your family, and yet I’m increasingly seeing it used as a label for an entire subculture. There are several issues with this.

First, “quiverfull” is usually a term used by outsiders looking in. The Duggars themselves have said they do not use the word to describe themselves, and honestly, it is fairly rare to find someone who does. My parents never used the term.

Second, many people who are often included under the “quiverfull” umbrella are not in fact quiverfull. For example, Michael and Debi Pearl actively preach against quiverfull teachings. They do not have a problem with couples using birth control.

Third, one can be quiverfull without adhering to patriarchy (this is actually a thing that really does exist), but this gets completely erased when the term “quiverfull” is treated as a wholistic descriptor for people like the Duggars.

The best way to implode some of the overlaps and issues here may be to tell you a story about something that happened to my mother. First, a word of background. As a child, I grew up reading Above Rubies magazine, which we received regularly. While even she does not use the term “quiverfull” to describe herself or her ministry, Above Rubies’ Nancy Campbell is probably the closest you can get to pure quiverfull, with her magazines full of stories of oversized families and tubal reversals. Her magazines center on the beauty of large families and the value of motherhood and the importance of accepting as many “blessings” as God has to send your way.

Some years back my mother attended an Above Rubies conference. She told me that when the other women at the conference found out that she had twelve children, they gathered around her and called her blessed (that’s Bible language for heaped her with praise and adoration). But when they asked her if she was open to having more children, she told them she had recently had her tubes tied. As a result result, she was shunned for the remainder of the conference.

My mother was really upset when she told me this story, because, she explained, Michael and Debi Pearl taught that a woman must bow to her husband’s will in areas like this, and it was my dad who had insisted on her getting her tubes tied even though she hadn’t wanted to. She felt that she had been unfairly shunned by these women. She wanted to have more children. She hadn’t wanted her tubes tied. I remember her crying over this decision. But my dad said he was going to lose his sanity if we had more children, and for all of the importance my mom put on welcoming every blessing God had to send along, she believed even more strongly in male headship and female submission, so she submitted and underwent a tubal ligation.

Actually, there’s one more thing I should share about my parents as long as we’re talking about definitions. My parents used birth control from time to time to space us children out a bit, but never methods they considered “abortifacient.” Yet even though they sporadically used birth control, they talked about children as “blessings” and spoke of raising us out to send us into the world to win souls and retake it for Christ, all of which is classic quiverfull rhetoric. Were my parents quiver full, then? Or were they not? There’s no real agreement on the definition of quiverfull, and there are plenty of homeschooling families that have more children than they might otherwise as a result of exposure to quiverfull rhetoric, but still use birth control to limit their family size. Where do they fit, exactly? Who is quiverfull, and who isn’t?

But let’s talk for just a moment about what I just described as “classic quiverfull rhetoric.” The term quiverfull is adapted from Psalm 127:3-5, which reads as follows: “Lo, children are an heritage of the Lord: and the fruit of the womb is his reward. As arrows are in the hand of a mighty man; so are children of the youth. Happy is the man that hath his quiver full of them.” From this verse comes both the rhetoric about children being a blessing (or a reward, or heritage) and the more militant rhetoric that positions children as a weapon and their father as a warrior.

Even here, within these rhetorics, different leaders place the emphasis differently. Nancy Campbell of Above Rubies focuses on the babies as blessings rhetoric and rarely uses rhetoric with a more militant focus. When I read her magazines as a child, her focus was always on mothers and childbearing. In contrast, Michael Farris of the HSLDA focuses heavily on military rhetoric when discussing the importance of having large numbers of children.

In fact, you might very well argue that quiverfull has two separate rhetorics, one mother-focused and one militant-focused, which sometimes overlap and sometimes don’t. But more than this, neither of these rhetorics requires a full rejection of birth control. There are many many many families that use these rhetorics and also use birth control. In some sense, quiverfull rhetorics have invaded the Christian homeschooling culture more generally, and in so doing have become at once more diluted and more widespread and pervasive.

Even when using the purest definition of quiverfull (abstaining from birth control), you are going to find variations in emphasis between families. These variations will often depend on what Christian leader and ministry one became quiverfull through.  Bill Gothard preaches quiverfull within an authoritarian patriarchal family structure and through a ministry (ATI) that is often described as cult-like. Nancy Campbell preaches quiverfull through a ministry that is mother-focused and centered around babies and children. Campbell is still patriarchal, but the articles in her Above Rubies are written by mothers, not male pastors or authority figures. While both might be rightly described as quiverfull (though neither uses the word), the two ministries have very different feels and position their rejection of birth control differently.

The Duggars are followers of Bill Gothard. Their social circles (including both church and homeschool conventions) have long centered around Gothard’s Advanced Training Institute, and until recently, even their curriculum was ATI. The Duggars eschew birth control based on the teachings of Bill Gothard. In fact, essentially every one of the Duggar’s beliefs, from JOY (Jesus first, Others second, Yourself last) to the umbrella of authority, comes from Bill Gothard. Yes, the Duggars fit the technical definition of quiverfull (though they do not use that term themselves), but their essence is ATI.

The wider Christian homeschooling subculture the Duggars belong to is best understood as a cluster of overlapping circles, each circle representing a specific leader and/or ministry. There is Gothard’s ATI, there is Nancy Campbell’s Above Rubies, there is Michael and Debi Pearl’s No Greater Joy, and Michael Farris’s HSLDA, and Doug Wilson’s Credenda Agenda, and Jonathan Lindvall and others, and until recently there was Doug Phillips’ Vision Forum. These various groups and leaders may sometimes overlap, but they also have points of disagreement and position their various emphases differently.

There are some ideas that these various individuals and organizations tend to share, but each leader and each ministry is slightly different, not only in focus but also in belief. These overlapping circles all tend to be patriarchal, though Farris encourages parents to send their daughters to college while Phillips argues against sending daughters to college and Gothard tends to be against anyone going to college. They all tend to favor large families, though Gothard is against birth control while Wilson is not, and Campbell’s reasons for opposing birth control are different from Farris’s. Perhaps the greatest point of commonality between these groups is the belief that children must be sheltered from the world and carefully trained in Christian beliefs.

Attempts to describe this constellation of groups as “quiverfull” run into serious definitional problems. While quiverfull rhetorics pervade many if not most of these overlapping circles, the number of families that give up birth control entirely is small, and even these don’t generally use the term “quiverfull” to describe themselves. One might argue that this subculture is better termed “patriarchal” than “quiverfull,” but even then I am given pause when I remember my mother’s experience at the Above Rubies conference she attended, and when I think of all of the letters the Pearls receive from women who desperately want to leave their childbearing up to God only to face resistance from their husbands.

In some sense this loose constellation of individuals and ministries is most united not by its emphasis on large families (to stretch the definition of quiverfull to its breaking point) or its emphasis male headship (which is a widespread belief among fundamentalist and evangelicals in general) but rather by its emphasis on using homeschooling to shelter children and train them up to follow God. Yet even that isn’t specific enough, because there are evangelical and fundamentalist homeschoolers who seek to shelter their children and give them a Christian education but don’t follow any of the leaders discussed above or become involved in the alternate universe that is this subculture. Perhaps it is the creation of a parallel culture in pursuance of this goal that is its most defining feature.

I’m not entirely sure where that leaves us. At the moment, we do not have a term that adequately describes the overlapping circles of leaders and organizations that make up the subculture that is conservative Christian homeschooling. Perhaps that is what we need—a new label. If nothing else, though, I hope I have given you a better grasp on the term “quiverfull” and the issues surrounding its definition, use, and meaning.

See also Quiverfull Is an Ideology, Not a Movement or a Cult. 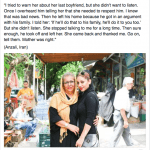 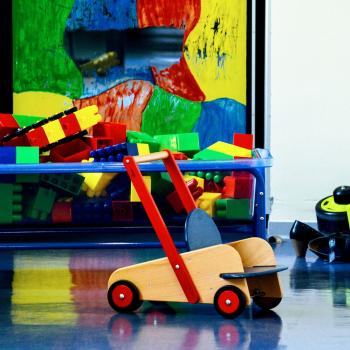 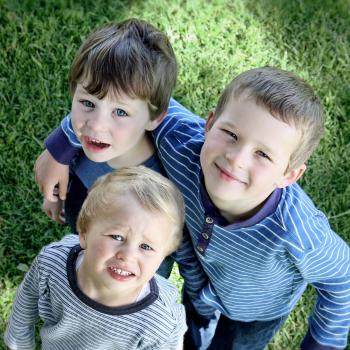 Nonreligious
A Case for Calling the Duggars ATI Rather...
Love, Joy, Feminism
TRENDING AT PATHEOS Nonreligious