Richard Dawkins has stepped in it on twitter again. This time he tweeted a photo of the wife of a prominent Middle Eastern dictator who does not wear hijab, with the text “This is how a good Muslim speaks. And how she dresses. And wears her beautiful hair.” Can you say patronizing? Dawkins then deleted his tweet, not because he realized he’d said anything wrong but rather out of concerns that it might put this woman’s life in danger, but not before someone on twitter captured a screenshot.

We all know that Dawkins writes beautifully and passionately about science, but that he has some trouble expressing himself on twitter. And by that I mean, he says things that are sexist or ableist or racist, gets pushback, doubles down, and then everything goes to hell. Dawkins’ supporters have often insisted that he is not in fact sexist, etc., and that his tweets are simply misunderstood, and it’s true that Dawkins openly calls himself a feminist. So which is it? Is Dawkins well meaning but bumbling, or does he have a more fundamental problem that he somehow can’t see?

In thinking about this question, I came upon a Religious News Service article from November 2014 in which Dawkins attempted to explain some of his statements.

Dawkins, however, disagrees. He is, he said, not a misogynist, as some critics have called him, but “a passionate feminist.” The greatest threats to women, in his view, are Islamism and jihadism — and his concern over that sometimes leads him to speak off-the-cuff.

“I concentrate my attention on that menace and I confess I occasionally get a little impatient with American women who complain of being inappropriately touched by the water cooler or invited for coffee or something which I think is, by comparison, relatively trivial,” he said.

“And so I occasionally wax a little sarcastic, and I when I have done that, I then have subsequently discovered some truly horrific things, which is that some of the women who were the butt of my sarcasm then became the butt of really horrible or serious threats, which is totally disgusting and I know how horrible that is and that, of course, I absolutely abominate and absolutely repudiate and abhor.”

And here we reach the fundamental problem. Dawkins believes he knows what the real problems facing women are better than women themselves. He gets annoyed with American women worried about things like workplace or conference harassment because the real threat facing women is “Islamism and jihadism.” If they knew what was best for them, they would be focusing on Islamism rather than on things that are “by comparison, relatively trivial,” like workplace or conference harassment. This is not how being an ally works. You don’t get to talk over members of a marginalized group while claiming that you support their cause. You listen to them.

Dawkins’ statement about “American women who complain of being . . . invited for coffee” was a reference to a specific incident that occurred a number of years ago. In that incident, conference speaker Rebecca Watson was taking the elevator to her room in the wee hours of the morning. She was alone in that elevator with a male conference attender who, while they were in that closed space, invited Rebecca back to his room for coffee. This made Rebecca uncomfortable, and understandably so. She was in an enclosed space with this man, alone, in the wee hours of the morning. She knew that men sometimes turn violent when rebuffed, and she had no out—nowhere to go if things got ugly—because she was in a confined space. Rebecca later used this as an example of what not to do, in the context of making conference spaces more accessible to women. At the time, Dawkins made his infamous “Dear Muslima” comment.

In his comments quoted above, Dawkins seems to suggest that American women don’t know what’s best for them. Here they are concerned about things like workplace and conference harassment rather than the real danger facing them—Islamism. In making this argument, he is stating that he in fact knows better than these women what is best for them, and that is a profoundly anti-feminist position. It is paternalism at its worst. Perhaps not surprisingly, Muslim feminists have also pushed back against Dawkins.

This isn’t just a problem with Richard Dawkins, of course, it’s also a problem that can affect allies in a variety of arenas, as anyone who has ever had an ally tell point them to the “real” problems they should be focusing on knows. Male allies who want to join the push against sexism need to listen to women to understand the problems they face. White allies who want to join the push against racism need to listen to people of color to understand their priorities. And so on and so forth.

Any time an ally tells a marginalized person that they know better than they do what is best for them, that ally has ceased to be an ally. I am sure Dawkins means well, but meaning well is not enough. 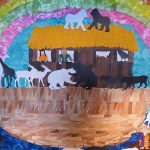 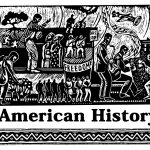 January 28, 2016 Bill Gothard's Disturbing Slavery Apology
Recent Comments
0 | Leave a Comment
Browse Our Archives
get the latest from
Nonreligious
Sign up for our newsletter
POPULAR AT PATHEOS Nonreligious
1