For the Children of the Latest Target Protestor

For the Children of the Latest Target Protestor May 18, 2016 Libby Anne

By now, you’ve probably seen this video of a mother of twelve walking through Target, Bible in hand, loudly condemning Target for its trans-inclusive bathroom policy.

Here are some of the things the woman said as she walks through the store:

“Mothers, get your children out of this store!”

“Are you going to let the devil rape your children, America?”

“Repent, wicked Target…the judgement of God is coming on this nation and Target!”

According to a blogger who grew up with one of the individuals in the video, the woman in the video homeschools her children. I’m not surprised; I grew up in a similarly sized homeschool family myself. While I don’t think my parents would have walked through Target loudly condemning their policies for all to hear, there were plenty of occasions when I and my siblings were taken along to protest other issues, including abortion and marriage equality.

As I watched the video, I felt deeply for the woman’s children. I know what it feels like to be in their shoes, because I’ve been in their shoes.

This mother could have protested Target’s bathroom policies on her own, without her children in tow, but she chose not to. Instead, she chose to bring her children and have them follow her through the store as she spoke of Satan raping children and condemned Target’s actions. She likely brought her children because she believed having them there with her would help make her point, or boost her credentials for speaking. Again, I’ve been there. I know those feels. I also know that it is very unlikely that those children were given a choice about coming.

As a child, I usually enjoyed being politically involved alongside my parents. It could be awkward sometimes, with the whole family along and obviously on display, but I found political involvement invigorating. The same was not true for all of my siblings. My next-in-age sister hated our political involvement, and would get in trouble with my father for making comments about not wanting to be there. In some sense, each of my many siblings has had a different childhood, because each is a different person with different likes and dislikes and a different temperament. I thought about that, as I watched the video. Which of those children felt invigorated to be there, I wondered—happy to be striking a blow against Satan, perhaps—and which simply wanted to sink through the floor and disappear?

What would I say to those children, if I could? I think I would tell them that their lives are their own, that their beliefs are their own, that their path is their own. One thing that is often lacking from a fundamentalist childhood is an understanding that you are allowed to make your own decisions and decide for yourself who you are. Oh certainly, I was always taught that I had to choose God for myself, that I had to choose to live a Christian life, that I had to choose to follow God’s law. But notice my use of the word “had.” It’s not accidental. There was never another option, not really. It was choose God, or choose damnation, vice, hedonism, life without meaning, and among strangers. And that is not a meaningful choice.

As I watch my siblings grow, and as I watch other individuals in the homeschool community I grew up in come of age and embark on their adult lives, my hope has always been that they would find the freedom to form their own beliefs. I don’t want clones of myself or my journey. Everyone is different and every journey is different. Instead, I want them to end up in a place where they are able to own their own lives and make their own decisions. A place where they are more than pawns or foot soldiers. A place where they are their own people. Beyond that, yes, I want them to learn empathy, to love, to show kindness to others, but all of that has to start from a place where one is free to make one’s own choices and form one’s own beliefs.

To every child who has ever been a pawn: It is my sincere hope that you find your own space, and freedom. You are not a possession. You are a person. You matter. 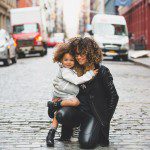 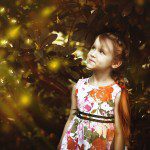 May 19, 2016 I Don't Want Obedient Children
Recent Comments
0 | Leave a Comment
Browse Our Archives
get the latest from
Nonreligious
Sign up for our newsletter
POPULAR AT PATHEOS Nonreligious
1