Do you want to know the leading cause of death for LGBT youth? It is not Muslim gunmen or radical Islamic terrorism. It is suicide. Yes, that’s right—an estimated 30% of gay youth, and 40% of transgender individuals, attempt suicide. By one estimate, as many as 30% of completed youth suicides are committed by gay or lesbian youth, or 1,488 suicides annually, 1240 more suicides than would be expected given the percentage of the population that is gay and lesbian. And that doesn’t count trans youth. In other words, twenty-five times as many gay and lesbian youth die each year due to suicide related to their orientation as died at the hands of Omar Mateen.

Why do LGBT youth commit suicide at such high rates? This is not a difficult question to answer. I had a gay coworker a few years ago who told me about his own suicide attempt as a teenager. He was growing up in a conservative church, with a pastor who condemned homosexuality and parents whom he knew would not be understanding in the least. And yet he knew he was gay, and he couldn’t change that no matter how much he tried. At one point, death seemed like the only good option. I will forever be grateful he survived to keep fighting. Not all LGBT youth do. And even gay and lesbian youth who have the support of their parents and faith community often face bullying and harassment from other students.

Eighteen months or so ago many of us became intimately acquainted with the suicide of Leelah Alcorn. Leelah was a transgender teenager when her parents removed her from school to isolate her from her support network. They homeschooled her and took her to Bible-based anti-trans counseling in an attempt to “fix” her. It didn’t work. On December 2014, at age 17, Leelah walked in front of a truck. “People say ‘it gets better’ but that isn’t true in my case,” she wrote. “It gets worse. Each day I get worse.” She finished her note with a simple plea: “Fix society. Please.” The harassment and threat of violence trans youth face is only more severe than that faced by gay and lesbian youth. Trans youth in many regions across the country have faced public outcry from the parents of their classmates. They’ve been forced to watch as they’ve been positioned as perverts, and a danger to other students.

And in this world, Ted Cruz issued a statement after yesterday’s shooting:

For all the Democrats who are loud champions of the gay and lesbian community whenever there is a culture battle waging, now is the opportunity to speak out against an ideology that calls for the murder of gays and lesbians. ISIS and the theocracy in Iran (supported with American taxpayer dollars) regularly murder homosexuals, throwing them from buildings and burying them under rocks. This is wrong, it is evil, and we must all stand against it. Every human being has a right to live according to his or her faith and conscience, and nobody has a right to murder someone who doesn’t share their faith or sexual orientation. If you’re a Democratic politician and you really want to stand for LGBT, show real courage and stand up against the vicious ideology that has targeted our fellow Americans for murder.

Indeed, in his late presidential campaign, Cruz practically ran on homophobia. He called efforts to prevent discrimination against gay and lesbian individuals a “jihad that is being waged” against “people of faith who respect the biblical teaching that marriage is the union of one man and one woman.” He allied with individuals who have sought to ban gay-straight alliance clubs in high school, as well as with individuals who have called homosexuality a public health risk and endorsed the death penalty as God’s plan for homosexuality. He condemned the Supreme Court’s ruling extending marriage equality to all fifty states and ran an incredibly transphobic TV ad portraying trans women as a threat to women and girls.

I’ve seen a lot of conservative evangelical Christians, Ted Cruz included, suggest that the Orlando shooting points to a difference between Christians, who love gay people and want to help them, and Muslims, who hate gay people and want to kill them. These evangelicals point to Muslim countries where being gay is a crime and Muslim groups that make a pastime of murdering gay men in an effort to separate themselves from any part in atrocities like that in Orlando. They forget that there is more than one way to end a life. They are sadly oblivious to their own role in creating a culture where LGBT youth suicide surpasses the death count in Orlando every two weeks. Their anti-gay rhetoric may be just rhetoric, but even rhetoric has consequences. Their opposition to LGBT rights may focus on marriage and bathrooms, at least in the present, but no indignity suffered is without impact. 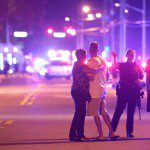 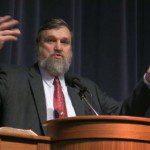