Orlando and the Evangelical Responsibility

My heart sunk when I first read the news yesterday morning. Twenty dead, shot in a gay nightclub in Orlando. Then the death toll was updated—fifty dead. The worst mass shooting in U.S. history. When I first read the news, the identity and motivations of the shooter were still unknown. Some suspected Islamic terrorism while others pointed to possible Christian terrorism. Then the shooter’s name—Omar Mateen—was released, and his family spoke out, and this was followed later in the day with evidence of some connection to ISIS (however slight).

But the day wasn’t over. Next came the news that a man had been arrested on his way to LA Pride with a car full of guns, ammunition, explosives, and camouflage gear. His identity was also initially unclear, and again there was the speculation, along with questions about a connection to the Orlando shooter. By the end of the day we learned that the man was James Howell from Indiana, but while one police spokesman stated that Howell had expressed intent to “harm” the event, that statement was later retracted and friends from Indiana told press that Howell is bisexual. Howell’s Facebook page show him to be a car and gun enthusiast (with a large arsenal) prone to anti-government conspiracy theories. What Howell intended to do with the weapons and explosives that filled his car is still unknown, but his arrest didn’t make an already difficult day any easier.

I’ve seen a lot of evangelicals today arguing that the Orlando shooting reveals the difference between Christianity and Islam—that Christians want to “help” gay people while Muslims want to kill them. I think we need to think very seriously about two things—first, why many people initially suspected this was an act of Christian terrorism, and second, what their calls to “help” gay people actually look like. And yes, I’ll talk about Islam in a moment, but bear with me here. I come from an evangelical background, and it’s only natural that I would write about what I know.

We live in a world where evangelicals have spent the last several years in a focused attempt to prevent gay people from exercising equal rights. Even today, evangelicals and others in many states are still working to prevent gay people from adopting children. But it’s not just that. There’s also the dehumanization, the othering, the stereotyping, the smearing. Think of the bills blocking trans bathroom access. Think of the rhetoric surrounding that issue. I’ve watched, over this past year, as my LGBT friends experienced euphoria over last June’s Supreme Court decision and then ever-tightening pain over what has followed. Conservative evangelicals, and others like them, have created an extremely painful and difficult climate for LGBT people. Consider the number of trans women killed in hate crimes each year.

These events may seem isolated, but they ricochet.

And it’s not just the U.S. American evangelicals have made concentrated efforts to export their hate—and yes, I’m sorry, I’m going to call it that because that’s what it is, and again, bear with me—to other countries as well. Consider Scott Lively, an American evangelical activist now on trial for crimes against humanity based on his role in Uganda’s anti-gay bill, which included the death penalty for repeated homosexual acts. Lively reportedly told Ugandans that gay people were behind the Holocaust and the Rwandan genocide.

In the United States, Lively is widely dismissed as an anti-gay firebrand and Holocaust revisionist. But in Uganda, he was presented — and accepted — as a leading international authority. The public persecution of LGBTQ people escalated after Lively’s conference, with one local newspaper publishing the pictures and addresses of activists under the headline, “Hang Them.”

These are the evangelicals LGBT people have been dealing with for years now, and longer. LGBT individuals have grown accustom to having conservative evangelicals work to block their rights while simultaneously creating and perpetuating stereotypes and lies about them. They’re used to hearing evangelicals say “hate the sin, love the sinner,” and then watching them kick LGBT teens out of their homes and onto the streets, or worse. Many of them have grown up with this rejection. In the face of this reality, an increasing number of conservative evangelicals have been insisting that they “love” LGBT individuals even while continuing their efforts to change them, and continuing to call their “lifestyle” a “perversion.” These evangelicals may feel this somehow makes them good, caring, supportive individuals, but it doesn’t.

And now, today, I have seen many evangelicals decry the Orlando attacks—many of the same evangelicals who have spent years fighting gay rights. And I have seen some LGBT individuals respond with a stern “we don’t need your sympathy, nor do we want it.” Not after everything they’ve done. I mean what is this, really? It’s as though these evangelicals are a-okay with discriminating against LGBT people and denying them equal rights, totally fine with stereotyping queer people and promoting lies about them, but draw the line at actually killing them. And we’re supposed to be grateful to them, thankful for how good, and kind, and forward-thinking they are? We’re supposed to pat them on the back for not also wanting to kill gay people, for just wanting to deprive them of their rights and say horrible things about them?

At this point I would be remiss if I didn’t mention Kevin Swanson, an evangelical pastor who preaches that God’s ideal plan includes the death penalty for homosexuals. He is not the only evangelical pastor to preach this, and even as they and others may condemn extra-legal murder in the form of mass shootings—and not all do—their insistence that death is the penalty God instituted for homosexuals only feeds opposition to gay rights and bigotry toward gay, lesbian, bisexual, and transgender people. Do you know what I haven’t seen? I haven’t seen the conservative evangelicals currently condemning the Orlando attack condemn Swanson, or the three Republican presidential candidates who attended a conference he put on last fall.

We are all familiar with the phrase “sticks and stones may break my bones, but words will never hurt me,” and we all know it isn’t true.

But let’s move on to another point. Orlando wasn’t simply about Islamic terrorism. While the killer reportedly pledged allegiance to ISIS right before the attack, the information we currently have suggests that Mateen was not a long-standing plant or a carefully honed recruit. Rather, what we currently know suggests that it was Mateen’s homophobia that triggered his action.

“We were in downtown Miami, Bayside, people were playing music. And he saw two men kissing each other in front of his wife and kid, and he got very angry,” Mateen’s father, Seddique Mir Mateen, said Sunday. “They were kissing each other and touching each other, and he said: ‘Look at that. In front of my son, they are doing that.'”

Any narrative that tries to make this occurrence only about Islamic terrorism, without including the role homophobia (religiously based or not) played in the attack, is missing something important. I watched yesterday as a conservative evangelical friend from Orlando checked in as “safe” on Facebook, and I shook my head. She was not in danger. This was not simply a terrorist attack; it was also a hate crime. I can understand, though, why so many conservative evangelicals seem eager to treat this as a terrorist attack and only a terrorist attack. Focusing on Islamic terrorism rather than on homophobia gets them off the hook. It makes Islam the problem, rather than prejudice against LGBT individuals.

Conservative evangelicals responding to the Orlando shooting need to do more than condemn Mateen and his actions. They need to evaluate the role homophobia played in this tragedy, and what this should mean for their own beliefs. They need to ask themselves, seriously, why so many LGBT individuals suspected that the shooter was likely a Christian, and why so many LGBT individuals have openly stated that they don’t want evangelicals’ sympathy or prayers. This should be a moment of serious soul-searching for America’s Muslim population—across the U.S., Muslim groups have rushed to condemn the attacks—but it should not be a moment of serious soul-searching for America’s Muslim population only. After all, this is not merely about Islam. It is also, and perhaps more fundamentally, about homophobia. 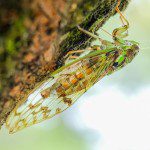 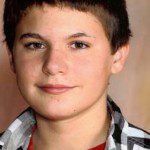