Some Problems with Free Will in Evangelical Christianity

Can we talk about free will, or at least the role the concept plays in conservative evangelical Christianity? As a child, teen, and young adult in the evangelical community and church, I was taught that God wants us to freely choose to worship and love him, and that he gives us free will so that we can do that. Of course, Calvinists hold that God chooses who will believe in him and who will not, and a related train of thought holds that those with sinful natures are incompatible with freely choosing God, and that God has to choose them. But I was not raised a Calvinist. I was raised an Arminian.

I was taught that every individual has the opportunity to accept Christ as their savior, and that every individual makes a choice. I was taught that this was true even for those who never had a chance to hear the gospel (it seemed like “deepest darkest Africa” was always the go-to example). How could this be true? Well, my parents once read me a story about a man who had a dream that he was to build a church, even though he didn’t know what a church was. He just got the image of a building. He built it, and soon after a missionary came, and assumed they had already been evangelized, because they had a church. When he learned that they hadn’t, he was amazed.

In other words, I was taught that God revealed himself in some way to every person, so that every person had a choice and the free will to make that choice. Bear in mind that I was also taught that salvation comes only through the name of Jesus, not simply through striving to do good. In retrospect, the idea that every individual on this planet was somehow psychically given the gospel message, regardless of whether they ever heard it from another person, clearly stretches all credulity. But that belief was born out of a need, because the alternative was believing that people in “deepest darkest Africa” (always the go-to example) go to hell without ever having the chance to hear the gospel. Having a choice, and the free will to make that choice, was important.

One of the things that drew me away from evangelicalism toward Catholicism during my college years was the Catholic teaching that people could be saved without ever explicitly hearing or accepting the gospel. All that was required was an openness to the basic message. Even those who had access to the gospel but never accepted it could be saved if their failure to accept it was tied to a failure to understand it. As a fairly liberal Catholic, I concluded that the gospel was such that those who truly understood it would universally accept it, with the exception perhaps of those who were truly evil, and I arrived at a position fairly close to universalism.

My spiritual journey didn’t end with Catholicism, though, and I no longer consider myself religious. I attend a Unitarian Universalist congregation, but I do not subscribe to a belief in higher powers. Still, as I’ve thought more about free will over the years, two additional points have come to bother me. (Note that these points are specific to Armenian positions—I have a whole separate set of issues with Calvinists.)

First, if someone puts a gun to your head and tells you to do something, you’re not exactly making a free choice. And in a sense, that is what hell is. “You have to believe this or say this or do this or you’re going to hell, where you will be tortured for eternity” isn’t exactly conducive to making a free and unconstrained choice. It sounds more like what happens in a torture chamber, actually—give me the information I need or I will make you feel pain you can only imagine. Of course, I was taught that God didn’t want anyone to suffer in hell, that this was why he had created his plan of salvation, but the import was the same—serve God, or suffer.

Growing up, a huge deal was made out of the the belief that God wants us to choose to love and serve him. If God had wanted robots he would have made robots, my pastor told us. But he didn’t. He made people and gave them free will because he wanted them to serve and loo him voluntarily. But if God actually wanted people to choose to worship him, via free will and without being forced, he would set up a system whereby those who want to worship him and live with him after death can do so, and those who don’t have some other neutral place to go after death—or simply cease to exist.

Of course, I was also taught that God didn’t set the system up—that it stemmed from laws of his nature that he could not change. Still, that doesn’t change the fact that the threat of torture has a profound impact on our free will, our ability to make choices without coercion.

Second, our ability to exercise our free will is limited by God’s unwillingness to fully show himself. While God did perform miracles in the Old Testament, and his son Jesus performed them in the New Testament, proclaimed miracles today tend to be limited to things that area easily explainable through natural means. In other words, there is scant concrete evidence of the supernatural. The choice we make tends to be whether or not to believe in something that is not proven, not whether we want to love and serve a God we know for a fact exists.

But it goes further than this. In the car yesterday I was searching for a station when I came upon a pastor in California preaching through the Old Testament. That pastor said that those surrounding tribes who worshiped other Gods were actually worshiping demons. This brought up memories, because I was taught the same thing. I believed that the Koran was dictated to Mohammed by a demon, and that false Gods are actual demons seeking to mislead people. This is why, for instance, Pharaoh’s priests were able to replicate some of Moses’ miracles—they did have access to actual supernatural power, through demons.

The point I’m trying to make is this—within this framework, God doesn’t simply hide most evidence of his existence, he does so while demons are going around showing their power and intentionally misleading people. And that’s kind of messed up. 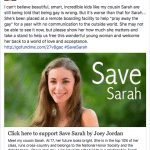 June 6, 2016
Supergirl's Jeremy Jordan: My Gay Cousin Has Been Sent to a Christian Home for Troubled Teens
Next Post 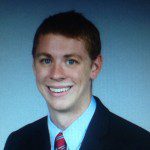 June 8, 2016 Why the Brock Turner Letters Feel So Familiar
Recent Comments
0 | Leave a Comment
Browse Our Archives
Follow Us!