Why the Brock Turner Letters Feel So Familiar

I wasn’t going to write about convicted Stanford rapist Brock Turner. I really wasn’t. Everyone else was writing about it it, I figured. Did I really need to write something too? There were enough voices out there, and the case was unfamiliar to me. But then I read about the letters. What letters, you ask? The letters Turner’s friends and family members wrote to the judge urging him to be lenient in his sentencing, of course. These letters. One childhood friend wrote that Turner was “a mild-mannered kid with a good heart in a terrible, terrible situation” and that he had “spent many good years with him, and have never known him to have a malevolent bone in his body.” Another friend wrote that “he was always the sweetest to everyone.”

And there were others. His father wrote a letter, his sister wrote a letter, a family friend who was a retired federal prosecutor wrote a letter. “Brock has an easygoing personality that endears him to almost everyone he meets.” “Incarcerating Brock for the decisions he made on one night in 2015 would strip him of his ability to navigate through reality and erase that potential that he has to be a contributing member of society.” “I know Brock did not go to that party intending to hurt, or entice, or overpower anyone. That is not his nature. It has never been.” And on and on and on.

I’ll tell you why the letters hit me so hard. They hit me so hard because they felt so familiar. I’ve seen this happen before. I’ve seen it happen in a scandal surrounding an evangelical religious leader my parents followed when I was a child—more on that in a moment—and I’ve seen it happen in my own home community. Some years ago a young man in the homeschool community I grew up in landed in jail for a crime that will put him on the sex offender database for the rest of his life. In the years since, I’ve watched as friends and family members have been asked to write letters attesting to this young man’s upstanding character and moral fortitude. And many have written just these letters.

Do you know who I’ve yet to see any of these individuals express remorse for? The young girl he victimized. As far as I can see, I am almost the only one in my entire community of origin that has given a thought for the poor girl, for what she has suffered, for what she is going through. No. Instead they write letters praising her abuser. Watching this has torn me up from the inside out, especially because I know that the content of these letters—and the people who are being asked to write them—is selective, and also that no one in that community appears to have learned any lessons from what this young man did. “Beware the wayward woman,” I hear them say. That girl? She’s out there somewhere, hurting, and no one cares.

And so, the letters sent to Turner’s sentencing judge, the letters urging leniency and praising Turner’s character, these letters have hit me—hard. These letters, they always ignore so many things. They ignore that Turner’s heinous act of rape should stop the letter writers short and force them to reevaluate their opinion of his character. They ignore that anyone can act one way around their friends, and another way around defenseless, helpless strangers. They ignore that a man willing to take advantage of and violate one woman is at risk of taking advantage of and violating another. And most of all, they ignore his victim, and her suffering.

I mentioned another case where similar letters were written attesting to another abuser’s character. I mentioned an evangelical leader. That man is named Doug Wilson. He leads a church in Moscow, Idaho, and a college and seminary as well. He has his own Christian school denomination and is widely published. He has the ear of such evangelical theologians as John Piper. And I’ve written about this case several times. Steven Sitler was a student at Wilson’s college. While there, he boarded with a family from Wilson’s church. Also while there, Sitler was caught molesting the children in the home, and it came out that he had molested numerous other children in more than one state.

Law enforcement was contacted and the case went to trial. Wilson and others wrote letters asking the judge sentencing Sitler to show leniency. “I would urge that the civil penalties applied would be measured and limited,” Wilson wrote. “I have a good hope that Steven has genuinely repented, and that he will continue to deal with this to become a productive and contributing member of society.” The judge complied, giving Sitler a mere slap on the wrist. This was a man who had molested numerous children over numerous years in multiple states. And this is not the only pedophile Doug Wilson has written letters for.

Besides, the lesson learned seems too often to be the wrong one. “He has learned the lesson of the wayward woman,” I heard in my own community of origin. And yet, it was he who was the abuser, and not his victim who was the ensnarer. “He is totally committed to educating other college age students about the dangers of alcohol consumption and sexual promiscuity,” I hear now, from Turner’s father. And yet Turner’s crime was not alcohol or sex, it was rape.

These letters? They hurt, they sting, they burn. 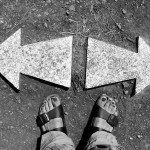 June 7, 2016
Some Problems with Free Will in Evangelical Christianity
Next Post 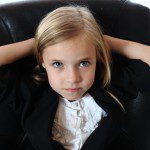