I Was Raised to Be a Conservative Culture Warrior. Then I Jumped the Political Fence.

July 11, 2016 by Libby Anne
0 Comments
I Was Raised to Be a Conservative Culture Warrior. Then I Jumped the Political Fence. July 11, 2016 Libby Anne

I grew up in a conservative homeschool family and religious community firmly ensconced in the Christian Right. I was raised to be a culture warrior. I was raised to create change, to be a mover and a shaker. But only for the conservative side of things, of course, and there’s the rub, because I’m no longer conservative. My mother recently told me she thinks I should write historical children’s books—she’s always suggesting careers that she thinks would allow me to work from home and homeschool my children—but she had a caveat. “Just so long as you leave religion and politics out of them,” she said. I almost laughed out loud.

As a young teenager, I enjoyed writing fiction, including historical fiction. The story I developed most fully was set in the present. It was about a teenage boy who finds an island off the coast of the United States. In my story, this island is inhabited—I’m not even kidding—by a community of large conservative Christian homeschooling families that fled the wickedness of the United States to establish a secret colony of sorts on an island that had somehow never landed on people’s maps. I cringe when I think of the book, because its content consists primarily of painfully obvious religious and political platitudes.

Still, there was a reason the book looked like that. I was raised to change the world. I was explicitly taught that I, and my fellow Christian homeschoolers, had a mission to “retake” the United States for Christ. I was taught (by Michael Farris of the Home School Legal Defense Association, among others) that our parents were the Moses generation, taking us out of Egypt and homeschooling us in the wilderness, and that we were the Joshua generation, tasked with retaking the promised land. When Farris founded Patrick Henry College, he strategically chose the majors he did so that we, the products of the Christian homeschool movement, could infiltrate and target key areas of government and culture in our battle to remake the country in a Christian image.

My parents were political as far back as I can remember. I walked in more parades than I can count, put up yard signs, worked the polls, attended rallies, and staffed phone banks. I spoke with reporters and we ran campaigns out of our home. My parents counted my work on various political campaigns for high school government credit on my homeschool transcript. One year, I was a delegate at our state convention for the Republican Party. Conservative officials at the state capital started referring to us as their local welcoming committee, because we were always there ready to show our support when they visited our area. I assumed I would always be in politics, most likely as the wife of a political candidate.

This was not accidental. My mother sometimes told me that the reason she and my father weren’t out changing the world as missionaries, pastors, or politicians was that they were instead investing their time and energies in raising me and my burgeoning collection of younger siblings to do those things. We were to go out and change the world as missionaries, pastors, and politicians, with multiplied impact. But we had to be trained and prepared first, and that, of course, was why we were being homeschooled. Some of my siblings grumbled at this expectation, and checked out at an early age—though they were still required to attend functions and participate in political activism. Me? I was excited. I was motivated. I was passionate.

As a teen, I attended a number of conservative summer camps that touched on politics. I went to one anti-government summer camp that consisted primarily of lectures on the evils of environmentalism (a trumped up plot to control the world) and the failed socialism of programs like Social Security. We used pebbles to form slogans like “Get the U.S. out of the U.N.” on the ground outside of our cabins to gain cabin inspection points. I also attended Constitutional Law Camp at Patrick Henry College. At one point during a session, Farris pointed to various sections of the room, waving his hands over us, and declared that those students over there would be Congressmen, someday, and those up in the front would be Supreme Court Justices, and so on. The messianic vision was strong and our mission was clear.

It does something to you, when the weight of the world is put on your shoulders. You can no longer just stand back and let things happen. You feel responsible to fix injustice and actively work to make the world a better place.

At this point, you can probably see why I almost laughed out loud when my mother suggested that I write historical children’s books, but only if I included no mention of religion or politics. She would never have suggested such a thing to me when I was a teen, nor would I have considered it if she had. I did think about writing, sometimes, even about writing historical fiction, but my writing would have been religious and political of necessity. I was taught, after all, that I was to use my talents and skills to change the world—to win converts and to sway the public, to restore the United States to its (at least partially fictional) Christian, small-government past. To write a piece of fiction, especially historical fiction, without any mention of religion or politics would have been almost blasphemous.

In 2008, the Obama campaign somehow ended up with my parents’ home phone number. I was no longer living at home, but it’s theoretically possible that I may have put that phone number on a form I filled out with them. I got a cell phone comparatively late, and was still in college at the time. And so it happened that the Obama campaign called my parents’ home and asked for me. And that is how my parents learned that my politics had changed. In the eight years since then I’ve become increasingly willing to voice my progressive politics on social media, and, sometimes, in conversations with my parents. I’ve also informed my parents that I attend a Unitarian Universalist Church (I wouldn’t have told them, except that they had to keep asking about church attendance).

It seems my parents’ desire that I be a culture changer was conditional on my sharing their view of what our culture should be. I’m not surprised, really. Still, it’s fascinating to see it laid out that way—we know we raised you to be a culture changer, but now that you’re all progressive and such, we’d prefer that you stay silent on religious and political issues, thanks. I’m sorry, but it doesn’t work that way.

I still have the weight of the world on my shoulders. I still feel responsible to fix injustice and actively work to make the world a better place. I can’t just turn that off. 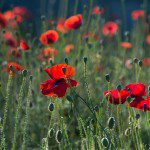 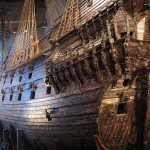 July 12, 2016 What the Ark Encounter Reveals about Science, the Bible, and Entertainment
Recent Comments
0 | Leave a Comment
Browse Our Archives
Related posts from Love, Joy, Feminism