The Listening Parent (and the Thinking Child)

I was going to post something about politics today, but then I realized that there is way too much about politics out there right now, and that politics is a dark and unhappy place. So instead, I’m going to write about parenting.

Last night I was watching Supergirl with my four-year-old son, Bobby, when he asked for a cup of milk. We were watching the show in the basement and had only just gotten all settled and started the show. I didn’t really want to go upstairs to the kitchen, or to disrupt the carefully curated pillow placement. I also didn’t want Bobby drinking milk on the futon in the basement.

“Let’s wait until after the episode, okay?” I suggested.

“No, let’s get milk now,” put in earnestly. “We can pause Supergirl!”

“But I don’t want you drinking milk in the basement,” I added.

“I will drink it super fast, in the kitchen!” Bobby offered.

I highlight this exchange not because it is abnormal but rather because it is representative of exchanges Bobby and I have every single day. I want you to note several things. First, note that I never told Bobby “no.” Instead, I explained to him my reasoning for wanting to wait. Second, note that Bobby did not whine or fuss or become upset. Instead, he focused on convincing me to him milk right then by assuaging my concerns (pointing out that we could pause the movie, offering to drink his milk quickly in the kitchen). Exchanges like this are the norm in our household.

It’s possible that making executive decisions and standing by them would make for easier parenting; my life would certainly be simpler if I could just bark orders at my children rather than having conversations with them. But parenting is not about doing whatever is easiest. Parenting is about preparing children for adulthood, and adulthood means learning how to make counter-offers or respond to criticisms of plans you put forward, whether in the home or at work.

When it comes down to it, though, I’m not actually sure that the way I parent is more difficult overall. Yes, it takes more effort upfront, and it requires more conscious parenting. Still, note that Bobby did not fuss or whine or pitch a fit when I put him off when he first asked for milk. Instead, he engaged in reasoned discussion. (Don’t get hung up on the specific subject matter—we have this sort of exchange over all manner of things.) Even if Bobby does not ultimately get what he wants—and he doesn’t always—he knows that his concerns are listened to, and he has a better understanding of the reasons I’m turning down his request. That matters—a lot.

When I first started parenting, I didn’t realize that letting my children know that I value their input and ideas would be so transformative. I didn’t grow up this way. When I was a child, any attempt to change my mother’s mind was interpreted as disobedience. I knew that my input and ideas were not valued. I could practically feel it. I often felt muzzled and smothered because I had ideas, I had thoughts, I had input, and I had no way to offer any of it without getting in trouble. It proved a constant frustration. My children, though? My children have a sort of natural poise and confidence in who they are and in their ability to think things through and formulate ideas that I can only wonder at.

One cool thing about having blogged for five years is that I can look back at what I wrote about parenting when my daughter, Sally, was around Bobby’s age. Lest anyone think that what I’ve written above is evidence of an exceptional child, rather than reflective of specific parenting choices, I give you Sally, in January 2012:

At home, the sort of compromise and mutual respect I aim to achieve works fairly well. Sally doesn’t always get what she wants, but we don’t always get what we want either, and both sides listen to each other and try to understand. For example, a few weeks ago Sally wanted to take her hot chocolate upstairs. I told her no, because I was afraid she would spill it on the way upstairs. Her response? “How about mommy carry hot chocolate upstairs.” And I was proud of her. Sally is still very young, but already she knows to take my concerns into account and understands how to compromise.

And that is, perhaps, one more point I should make sure to touch on—in the exchange quoted at the beginning of this post, Bobby was specifically responding to my concerns and my needs and trying to find a solution that worked for both of us. First, he pointed out that we could pause Supergirl, perhaps thinking that I had suggested waiting until after the episode because I didn’t want to miss anything. Next, when I said I didn’t want him drinking milk in the basement, Bobby offered to drink it “super fast” while still in the kitchen, again responding to my specific concern.

In other words, this isn’t really a story about children doing (or saying) whatever they have to to get what they want. Rather, it’s a story about children who have been taught to listen to others’ needs and seek compromises that satisfy everyone’s concerns. That is a skill that will take them a long, long way.

Note: I had a really hard time finding a stock image for this post. Why? Because it turns out it’s really difficult to find a picture of a parent listening to a young child. Instead, the pictures google brings up tend to have the parent either talking to or lecturing the child. Make of that what you will. 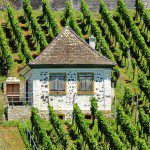 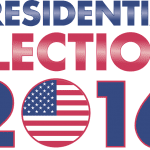 July 26, 2016 Political Party Convention Open Thread
Recent Comments
0 | Leave a Comment
"It's the trade name of a masturbation assist device for men. It is shaped like ..."
Madison Blane Submit Submit Submit Submit Submit Submit ..."
"They are not synonyms, but there are anarchists who are also socialists. https://en.wikipedia.org/wi..."
Cynthia Losing the America I Thought I ..."
"Actually, the writer isn't wrong to use "inhabitable." I can see why Libby Anne thought ..."
Madison Blane Answers in Genesis’ Climate Change Petition ..."
"No winter- in Prague. Czech Republic is northern country near Russia. Russia is infamous for ..."
Katherine A. Answers in Genesis’ Climate Change Petition ..."
Browse Our Archives
Follow Us!