I recently came upon this headline: Christian teenager takes own life over misplaced fears about telling family she is a lesbian. I immediately wondered—what does “misguided” mean? Many Christians believe that gay and lesbian identities and relationships are perverse, and I have a hard time imagining how a child with LGBT-inclusive Christian parents would not realize they would be accepting. I skimmed the article looking for answers, and finally came upon this bit, toward the end:

Asked how the family would have reacted if she had spoken to them about her sexuality, Mr Lowe [Lizzie’s father] said: “It wouldn’t have come as much surprise. She was very much a tomboy. In fact she was more of a boy than some of the boys were, so it would have been no surprise at all. We would have been very supportive.”

In other words, the article titles Lizzie’s fears about telling her parents she was a lesbian “misplaced” because her parents are, today, telling reporters and officials that her lesbianism “would have been no surprise” and that they would have been “very supportive.” No matter that her parents are also showing their ignorance about what being a lesbian entails—they are apparently unaware that there are lesbians who aren’t butch—or that they keep using phrasing like the “issues” she was “grappling” with or “the challenges she tried to face alone,” as though her sexuality were something to be overcome.

Why would Lizzie have thought her parents would have an issue with her lesbianism? I honestly haven’t seen anyone answer that question. Every article I’ve read instead focuses on how accepting her parents would have been—they pinky promise. Children wary of talking to their parents about their sexuality tend to have reasons for their wariness. Lizzie is gone, so we can’t ask her. Her parents insist that they have no idea why she felt she couldn’t come to them. Her friends tell a different story.  “She said she wasn’t sure if they would be OK with it,” one friend said. She was “finding it hard to connect with God as she thought she was lying to him,” divulged another friend.

Why would she feel like she was lying to God? Why was she afraid her parents wouldn’t be okay with it? It appears to come back to the family’s religion and church.

Have a look at this statement from the family’s pastor:

The statement goes on:

“If she had come to the clergy team to talk about the struggle she would have found welcome, inclusion and love from us, so we are just saddened that she didn’t feel that she could share her news with us.”

There are plenty of churches that claim to be welcoming to LGBT individuals but in practice are working to “fix” them. I don’t see anything in either Edson’s statement or the church’s inclusion statement (which appears to be new) to suggest that they believe that gay or lesbian orientations are just as blessed by God as straight orientations, or that gay or lesbian couples are accepted by God as families like any others.

It’s worth noting, though, Lizzie’s family did not belong to a fundamentalist church, the sort that commonly preaches from the pulpit that “homosexuals” are perverts. Instead, they belonged to St. James & Emmanuel, which is part of the Church of England. The Church of England does not permit clergy to conduct same-sex marriages but does permit them to bless same-sex unions. There is a great deal of variety within the Church of England, from those who promote heterosexuality or celibacy (and see homosexual relationships as immoral) to those who are accepting of committed same-sex relationships. Where did St. James & Emmanuel fall?

Edson described St James and Emmanuel Church as a diverse church, with members who are in long-term committed same-sex relationships as well as those who are gay but choose to be celibate.

This response is actually somewhat confusing. Why would the church have both members in long-term committed same-sex relationships and members “who are gay but choose to be celibate”? This bifurcation suggests that the church’s teaching on homosexuality has not been clear or conclusively settled. Indeed, before Lizzie’s death, the church’s website said nothing one way or another about sexual orientation. It’s likely that the church avoided the issue altogether, remaining silent on it from the pulpit and abstaining from creating a conclusive church-wide position. What they apparently did not realize is that silence does not suggest inclusion.

Even when parents are inclusive and accepting of LGBT communities, they can’t assume that their children will know this if they are not preemptively clear about it. It doesn’t matter if you think of yourself as inclusive, your children won’t know you’re inclusive if you don’t speak approvingly of LGBT relationships, develop positive relationships with LGBT individuals in your circles, or show a willingness to discuss diverse sexual and gender orientation in positive ways. This is something all parents, whether religious or not, need to keep in mind.

Interestingly, Lizzie’s church seems to have learned this lesson.

“Like most churches, we don’t have a policy, but obviously Lizzie’s death will cause us as a church to reflect and pray and explore where we think God is leading us,” [Edson] said.

Even here, though, Edson cannot say that the church will come out conclusively in favor of same-sex relationships and a positive and inclusive approach to gay and lesbian identities. I’m glad the leadership is discussing the problem, but this only cements what I’ve been feeling since coming upon the headline calling Lizzie’s fears “misplaced.” It’s easy to declare yourself inclusive after the fact. Being inclusive before tragedy brings you face-to-face with the consequences of silence is a lot harder. 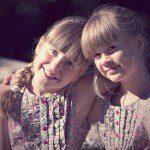