I recently came upon a headline declaring that “Stricter Parents Are Turning Their Children into Effective Liars.” Curious, I clicked through. As the article explains:

According to research by Victoria Talwar, a renowned expert on children’s social-cognitive development at McGill University, strict parenting tends to result in offspring that really know how to deceive. By producing an atmosphere of inevitable punishment for any wrongdoing, the children of these parents learn how to lie in order to escape any punitive measures for their nefariousness.

Reading this bowled me over. The finding makes total sense, but I rarely see findings that so closely mirror things I have directly experienced. I grew up with overly strict parents, after all, and I saw this happen.

At one point when I was a child, one of my little brothers cut open a stuffed animal to see what was inside. He was then so afraid of the punishment he would receive when my parents found out what he’d done that he framed one of my little sisters—he put the stuffed animals and scissors on her bed. When these items were discovered, my little sister was the immediate suspect. My brothers professed ignorance and my parents rendered their verdict.

My little sister refused to confess her guilt. She insisted she hadn’t done it. She had all of her toys taken away and was confined to the couch until such time as she would confess to the crime. It’s impressive, really, that she didn’t break down and admit to something she hadn’t done. I suspect her youth—she couldn’t have been more than two or three—contributed to her unfailing honestly. After she had spent nearly twenty-four hours sitting on the couch, alone and with no toys, my brother finally felt guilty enough to confess.

I told this story to a friend several weeks ago, and I will never forget this friend’s response—she was shocked at what this story said about the depth of my brother’s fear of punishment. He was so afraid of what our parents would do to him when they learned that he had cut a stuffed animal open that he was willing to frame his younger sister, lie openly and repeatedly, and watch his little sister lose all of her toys and suffer, alone and bewildered, for hours.

My parents believed their parenting would ensure that we children would learn to be truthful, obedient, and hard working, but in practice their focus on taking punitive action for any wrongdoing gave us incentive to do whatever we had to to get out punishment. It gave us incentive to lie and deceive, like my brother did after cutting up that stuffed animal. And even in less dire cases, it gave us incentive to leave details out, or to smooth over our part in something.

It didn’t help that you couldn’t argue with my parents. If you tried to discuss an offense—to explain your motives or offer exculpatory details—the assigned punishment would only increase. My mother, especially, believed that changing her mind or going back on a punishment she had already declared would be admitting weakness as a parent, de facto informing us children that we were the ones really in charge. Once declared, a punishment couldn’t be changed.

There was a time when I was angry with my brother for framing our little sister. I hadn’t thought, though, about the reasons he did it—about the overpowering fear of punishment under which he was operating. Fear can be a very powerful motivator.

Today I have two children of my own, and I am parenting them differently. My children know that they can speak freely, that they can explain their actions and argue against consequences they feel are unfair. And you know what? There’s something absolutely beautiful about that. 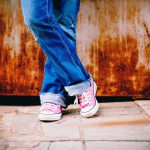 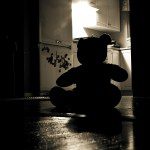