Parenting Away from a Conflict of Wills

Parenting Away from a Conflict of Wills September 13, 2016 Libby Anne

Growing up, my parents followed the child rearing teachings of Michael Pearl. The basic idea is to view childrearing as a conflict of wills between parent and child—a conflict the parent must win. Pearl advises parents to break their children’s wills early, to show them who’s boss. Today, I have two children of my own, and I don’t parent this way—at all. Instead, I use a different framework, one that is cooperative and centers communication and compromise. These frameworks matter, because they shape how we view our children’s behavior both generally and in specific situations.

Let’s start with an excerpt from Pearl’s book:

If you have to sit on him to spank him then do not hesitate. And hold him there until he is surrendered. Prove that you are bigger, tougher, more patiently enduring and are unmoved by his wailing. Defeat him totally. Accept no conditions for surrender. No compromise. You are to rule over him as a benevolent sovereign. Your word is final.

I had a really fascinating conversation with my mother recently in which I realized just how powerful these frameworks are—so powerful that they can lead two people to view the same situation vastly differently. Let me use an example. At one point this summer, during a visit with relatives, the children were roughhousing in the living room and making it hard for the adults to carry on a conversation. My mother ordered my children outside, herding them out the backdoor, but they objected. They’d played outside earlier and didn’t want to play outside now, they said. From her framework, my mother saw this as rebellion and disobedience. I didn’t.

I tend to look at situations like this as a balancing of needs. In this situation, we adults needed quiet so we could talk. Sending the children outside was one way to meet this need, but it was not the only way. The children didn’t want to play outside, but more than this, they had a need to feel listened to, to understand the “why” behind what was happening, and to have input in decisions made about them. I took the children aside and explained that we adults needed quiet so that we could talk. I told them they could play outside loudly, or inside quietly. They chose inside and disappeared upstairs. We didn’t hear from them again for quite some time.

When I notice myself taking a combative stance with my children, I take a step back, take a deep breath, and then try again. Parenting does not need to be combative. It can be cooperative. Now yes, I know more than my children about a lot of things. I am older and have more experience. It is my job to guide and teach them. Guide and teach. Not order around and bully. Not prove that you’re biggest and accept only surrender. Guide and teach.

When there is disagreement about something, I work with my children to get at the heart of the problem. That almost always means identifying contrasting needs and/or desires. I put several place settings in the kitchen, in eluding my children’s, because we had too many people over for dinner to fit around the table in the other room. My son didn’t want to sit in the kitchen, he wanted to sit with me. My need. His need. How could we meet both? Perhaps someone at the big table would be willing to switch with him. Perhaps we could pull up another chair to the big table. Or perhaps we could each sit closest to the door, so he wouldn’t feel so far away.

I’ve been having these conversations with my children for so long that they both know, intuitively, to identify each party’s needs and search for solutions. When my daughter was invited to a birthday party on the same afternoon as a friend’s wedding, she began by switching that I skip the wedding (and let her dad go alone) and then suggested we see if a friend could take her to the birthday party. She’s used to looking for solutions that work for everyone. It’s something I’ve been teaching her since she was little. My mother calls it “wheedling” with my children. I call it teaching lifelong skills.

None of this means I’m a pushover. We recently attended an evening event at my daughter’s elementary school. My son, who is still in preschool, didn’t want to sit still. He wanted to go home. The other children were allowed out to play in an indoor playground, but my son didn’t want to do that either. He wanted to go home. I told him that I understood his desire, but that we couldn’t go home yet. I explained why we were there and gave him a book to look at. After sitting on my lap for a while, then squirming on my lap for a while, then growing increasingly upset, he again announced his desire to go home—and then, when I said no, he hit me.

We do have boundaries in our home.

I took my son to the enclosed playground. I told him very firmly that he was not allowed to sit on my lap at this time, because he had hit me, and that was not acceptable. I told him to play outside with the other children. He was upset. I left him there and went back inside to rejoin the presentation. A few minutes later I glanced back and saw that he had come in and was sitting quietly in a chair next to the door. My mother probably would have viewed this, too, as disobedience, but I didn’t. That he was sitting by the door rather than coming back to my lap made it clear that he understood the gravity of his actions. And that was all that was needed. When we got home I sat and read to him, and then snuggled him happily to sleep.

Listening to my mother talk made me realize how exhausting it must be to parent oppositionally—to view every disagreements as a conflict of wills that you, as the parent, must win. How incredibly, incredibly sad. Your children become your opponents, every little parenting thing becomes a battle, life becomes a war. What a horrible, horrible perspective—and an exhausting one.

As I walked my daughter home from school earlier this week, I paused for a moment and used talk-to-text to send a quick note to some of my coworkers. When I finished, she asked me if I’d noticed that she was quiet while I sent the message. “I’m just trying to be respectful of what you need, mom!” she told me happily. I thanked her, and we headed on home to share an after-school treat together. Cooperative parenting is beautiful because it puts you and your children on the same team. 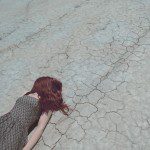 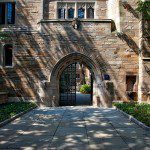