When I first started blogging five years ago, I was unaware of any cases of sexual abuse in my own evangelical homeschool community of origin. In the last two years, that has changed. I’m not going to give any names or details here. I do, however, want to talk about some overarching themes and ideas I’ve noticed.

“In another day and age, they would have just made him marry her.”

“Why should he go to jail? All he did was start a relationship.”

These are actual things I have heard said (or am aware of being said) about a severe statutory rape case unfolding in the community in which I grew up. This isn’t a situation where there was any ambiguity. This wasn’t a 17-year-old teenager having sex with his 15-year-old girlfriend. This is a situation that was very clearly predatory. The perpetrator, a young man I grew up with, had been a legal adult for several years. The victim wasn’t a member of our community; she lived in another state across the country. He met her on the internet, groomed her, and traveled to her state and had sex with her. He is in jail, his trial ongoing.

And so I’m sitting here scratching my head. How can anyone look at what happened and suggest that a young teenage girl should be required to marry the grown man who preyed on her? How is there such ambivalence about what he did? How is there so little understanding of what predation is or how it works? In thinking about it, I’ve come up with three factors that I suspect are at play here.

1. When is a person “ready” for marriage?

Growing up, I was taught that romantic relationships should only be pursued once young people reach an age where they are ready to marry. The trouble is that this was gendered. A young man was not to date (or court) until he was able to support a family financially. A young woman, though? All that was necessary was for her to be able to cook, clean, keep house, and bear and care for children. If she was able to do those things, she was ready to marry.

Neither I nor anyone I knew in our local homeschool community married before age 18. But I remember thinking, as a youngish teen, that if an older, financially secure young man were to come along and court me, I was ready. I remember hearing my parents say similar things as well. But there was no older, financially secure young man asking for my hand. And so I and my peers reached adulthood unmarried. I suspect that most young men, when they reach financial security, prefer to marry women in their own age bracket—male homeschool graduates included.

The perpetrator in the case discussed above had a job and financial security. He could have supported a wife. While his victim was very young, my mother used to point out girls who married at 14 or younger when reading aloud to us from books like Little House on the Prairie. She used to note that girls of fourteen were technically capable of running a household, and that the world prolongs adolescence and encourages young people to engage in immaturity and selfish behavior. This, of course, ignores all of the growth and maturing that a typical 14-year-old will undergo before reaching adulthood. Those aren’t wasted years, they’re critical developmental years.

2. The importance of making it “right”

The crime that I see committed against the victim in this case is not the same crime that those in the evangelical homeschool community in which I grew up see. I see a case where a young girl was preyed on and taken advantage of by a man half again her age. From my perspective, the only way to make it “right” is to ensure that the perpetrator will not reoffend. From my community’s perspective, however, the crime was the girl’s loss of virginity, something she will never get back and something the perpetrator could make right by marrying her.

At this point, the harm caused by the importance placed on virginity in this community should be very clear and obvious. There are plenty of times people have sex and later regret it, or have sex and later break up. But from the evangelical perspective, if you’ve had sex with someone, you need to marry them. Period and full stop. This is part of why blogger Samantha Field stayed with her abusive boyfriend as long as she did—she’d had sex with him, she was ruined, who else would want her? She had no choice but to stay with him and marry him. We have got to stop giving virginity so much power—the power to trap women and govern their lives.

For some in my parents’ evangelical homeschool community, there’s a failure to see what this young man did as any different from what any young man who has sex with his girlfriend does. In fact, I’ve heard that distinction blurred to the extent that it is not made at all: “I’m glad he’s getting in trouble for what he did, but everyone who has sex before marriage should be getting in trouble, I don’t understand why this is any different.” From my perspective, what this young man did was clearly predatory. But from my community’s perspective, what he did wasn’t different from what anyone else who has premarital sex does.

3. Male authority is important in marriage

From this perspective, an age difference within marriage could be a boon. It would likely make it easier for a wife to obey her husband, easier for her to let her husband make the major decisions without fighting him. It would help ensure that he will be able to lead, because he would be the only one with the experience and knowledge to lead. He would lead, and she would follow, and the godly order of marriage would be upheld. Indeed, when I left home for college, some in our community tried to talk my parents out of letting me go, arguing that that much education and independence would prevent me from ever being a submissive and obedient wife.

What evangelicals who promote male authority within marriage don’t seem to realize is that the very marital order they uphold makes it harder for them to recognize abusive relationships. When they see a man laying down the law and saying this is how it’s going to be, they may see a man leading as he should be when in fact what they’re looking at is a woman stuck in an abusive relationship. And what is the distinction, exactly? Everything ends up blurred and jumbled. When you value male headship and female submission, you have no real way to differentiate between marriages fraught with abuse and marriages where the husband listens to his wife and in practice makes all decisions cooperatively.

It’s easy for those of us familiar with secular and mainstream ideas about sex and consent to look at this situation and understand that a young teenage girl is still a child, that she shouldn’t be required to marry someone just because they had sex, and that a fully grown man who initiates a relationship with a young teenage girl—traveling to her home to have sex with her—is clearly predatory. But to at least some in the evangelical homeschool community in which I grew up, this is simply a cases of two young people having sex before they were supposed to do so, a situation that could be remedied through simply requiring them to marry.

The gulf in perception here is so wide that I sometimes despair in bridging it. The lack of understanding of predation is so severe that I worry for the safety of the girls of the community. Let me make one more point before I close.

I’ve written before about the rejection of the concept of the “teenager” within the Christian homeschool world. They argue that this concept was invented to prolong immaturity and lack of responsibility when in fact children should progress straight from childhood to adulthood. It’s easy to see how this idea could contribute to a lack of understanding of the cognitive development that takes place during the teenage years, and a willingness to see a very young teen as already, for all intents and purposes, an adult. This lack of understanding of the reality of developmental stages likely contributes to a failure to understand the reasoning behind statutory rape laws.

And now, another example. Some years ago, a seminary student named Jamin Wight boarded with a local family. Wight preyed on the family’s daughter, Natalie, beginning when she was 13; he was ten years her senior. Natalie did not tell her parents about the abuse until she was 17; by that time, the abuse had ended, and Wight no longer lived with the family. Natalie’s parents assisted her in reporting Wight to the authorities, and he was arrested and tried. Douglas Wilson, founder of the seminary Wight had been attending, wrote to the judge asking for clemency, describing Wight’s abuse as “a relationship” between Wight and his victim and stating that “I do not believe that this situation in any way paints Jamin as a sexual predator.” And the judge bought it. To this day, Wight is not listed as a sex offender.

The sad thing is that my parents often said they were homeschooling to keep us safe. And it wasn’t just them; that’s a constant refrain in Christian homeschooling circles. How, though, can a parent keep a child safe when ideas like this prevail? How can a parent keep their child safe while excusing offenders, and with no knowledge of the dynamics of sexual abuse and predation? The answer is sobering: They can’t. 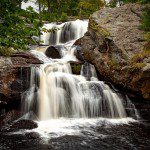 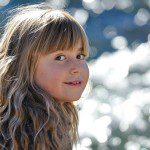 September 13, 2016 Parenting Away from a Conflict of Wills
Recent Comments
0 | Leave a Comment
Browse Our Archives
Follow Us!