This Is How It Happens

The “pro-family” lobby frequently uses the language of the “traditional family” to combat efforts to define the family more broadly, including both gay and lesbian couples and other family forms. When I point out that the “traditional family” was one in which things like domestic violence were tolerated and accepted, individuals who engage in this rhetoric are frequently askance—that’s not what they mean, they insist. They mean the family form—man, woman, children—not wife-beating.

Well, according to Right Wing Watch:

Two of the “pro-family” lawmakers behind Russia’s ban on “homosexual propaganda” are now behind a bill that would “downgrade assault inside the traditional family unit from a criminal offense to a misdemeanor,” according to a report by Tom Balmforth of Radio Free Europe.

Addressing the State Duma during the first reading, Olga Batalina [a leader in the country’s “pro-family” movement], one of the bill’s authors, on January 11 said the bill concerns non-serious assaults causing “bruises or grazes.”

She recognized the problem of domestic abuse, but said there are better ways to combat it.

“What’s important is prevention,” she said. “What is important is the chance to help a person who has ended up in this situation. As you understand, help does not consist in bringing one member of the family to administrative or criminal account, but in stopping these things from happening in the future.”

And this, too, from another article:

Domestic violence is endemic in Russia, and overwhelmingly affects women, who account for about 74% of victims of domestic violence in the country, according to government figures from 2013 with 91% of those incidents perpetrated by husbands. Most research on violence in Russia links abuse to alcohol consumption.

According to the Moscow-based ANNA National Center for the Prevention of Violence, women already see little point in seeking legal recourse for abuse, a situation that could worsen if the bill is enacted. Some 74% of women who sought assistance from a national help-line never reported abuse to police, the group said

It appears that this would apply to child abuse as well as violence between partners.

I am not saying that everyone advocating for the “traditional family” secretly wants a return to wife-beating. On the contrary, when individuals tell me that they do not want a return to the days when domestic violence was sanctioned by law, I tend to believe them, so far as that goes. The problem is in the application. You cannot condemn wife-beating while also removing criminal sanctions for domestic violence on the assumption that families can work things out internally.

Actually, perhaps that is the problem—you clearly can condemn wife-beating while also removing criminal sanctions for domestic violence on the assumption that families can work things out internally. But that is not how it will work out. People need to understand that those who allowed wife-beating to go on without legal repercussions a century and more ago were not generally out there cheering for wife-beaters. No, they were out there condemning government intervention into family matters and simultaneously attacking alcohol use and other customs they believed created the situations where domestic violence occurred.

Indeed, the argument being made by Russia’s “pro-family” lobby appears to be grounded in an idea already common on the American Right—that the family is best suited to deal with issues internally, apart from intervention by the government. A woman in an abusive relationship is not generally able to just sort it out. If they could, they would—indeed women in such situations often stay, putting up with violence and fear, because they think they can fix the situation. An abused woman who has concluded that she can’t fix the situation, and that she needs out, needs to know that she can go to the authorities and they will do something about it.

The danger is not in someone declaring wife-beating critical to the existence of the “traditional family.” The danger is in their being able to claim they are against wife-beating, while simultaneously promoting policies that enable wife-beating to take place unhindered, using language that gives them plausible deniability. 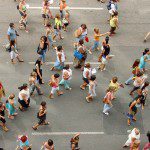 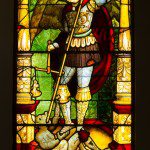 January 17, 2017 What Spiritual Warfare Has in Common with New Ageism
Recent Comments
0 | Leave a Comment
"When I first heard about it I was like, "What sense does it make to ..."
Katherine A. Lesbian Duplex 305: An Open Thread
"That story has made international news. Even some of my co-workers, not noted for their ..."
24CaratHooligan Homeschooled Congressman Urged Conservatives to “Lightly ..."
"Interesting. I didn't know about this whole trend to use the shofar as a military-ish ..."
Cynthia Lesbian Duplex 305: An Open Thread
"I was raised a Lutheran and moved to an Episcopalian church as an adult, where ..."
Jenny Islander Lesbian Duplex 305: An Open Thread
Browse Our Archives
get the latest from
Love, Joy, Feminism
Sign up for our newsletter
POPULAR AT PATHEOS Nonreligious
1

featherbrained rabbi says COVID-19 vaccines turn folk gay
DANIEL Asor, above, is a conspiracy theory imbecile – and one of...
view all Nonreligious blogs
What Are Your Thoughts?leave a comment
Copyright 2008-2020, Patheos. All rights reserved.