Abortion in the Public Imagination

Have a look at the above screenshot from a World Magazine article. “Do we value life as God does?” the headline asks. The image shows a pregnant woman, likely in her eighth month, holding a book to her belly. My first thought, on seeing the headline and the image, was of maternity leave, of childcare costs, and of the high financial cost of prenatal care and childbirth. I thought of funding cuts for education and for social services. What world will that child be born to? One that values life? Or not?

Then I read the byline and realized that the author was talking about abortion.

I am pro-choice, but I grew up in a pro-life home and community. I ran my university’s chapter of Students for Life. Things changed. As a progressive in today’s world, the attacks on women’s reproductive rights can sometimes seem overwhelming. It strikes me that one of the biggest problems we currently face is that of framing. Consider the presidential debates this past fall. When abortion came up, it was late-term abortion, but most recent attacks on reproductive rights have threatened first trimester abortions especially.

Consider that the restrictions in Texas’ HB2 targeted those Planned Parenthood clinics performing first trimester abortions especially (clinics providing late-term abortions are more likely to already meet the hospital codes the bill unnecessarily imposed on all clinics providing abortion services). Consider that Texas’ HB2 imposed additional burdens on the provision of the abortion pill, used only for abortions occurring in the first nine weeks of pregnancy.

And yet, despite this, the only abortion-related presidential debate question focused on late-term abortion. This gave the Republican candidate the opportunity to claim that proponents of women’s reproductive rights believe “you can take the baby and rip the baby out of the womb on the ninth month on the final day” when this is not only untrue, but also not in the least bit relevant to the practical considerations of who actually gets abortions today, and how.

I’ll be the first to admit that I am not a policy strategist. I don’t know how we go about changing the imagery and messaging that currently defines the battle lines of this conflict. I only know that we have to do so. As long as people associate abortion with images of women in their eighth month of pregnancy, or with the ripping of fully-formed viable fetuses from the womb, those seeking to restrict women’s access to abortion will win. We have to take back the conversation. 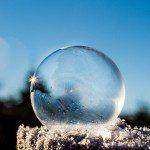 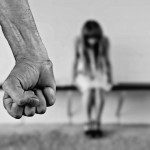