Nationalism Does Not Unite. It Divides.

In 1942, French police rounded up 13,000 Jews, gathering them in the famous Vel d’Hiv stadium in Paris, and then turned them over to German authorities to be transported to Auschwitz. But Marine Le Pen, a far-right French presidential candidate, doesn’t think France should be criticized for this.

“I don’t think that France is responsible for the Vel d’Hiv,” she declared Sunday on French television. “I think that in general, more generally, if there were those responsible, it was those who were in power at the time. This is not France.”

In remarks that elicited outrage across the French media, Le Pen went further: “France has been mired in people’s minds for years. In reality, our children are taught that they have every reason to criticize her, to see only the darkest historical aspects.”

“I want them to be proud to be French again.”

Where have we heard this before? Well, in the United States, for one. Le Pen’s complaint that “our children are taught that they have every reason to criticize … to see only the darkest historical aspects” is a common talking point of the right in the United States today, and conflict over the content of AP history courses is constant. Do history teachers focus too much on the seizure of native lands? Or too little?

A teacher quoted in a New York Times article summarized the issue as follows:

“I’ve never believed in leaving out the tragic information in our story,” says Stephanie Rossi, an A.P. history teacher at Wheat Ridge High School in Jefferson who vocally opposed the school board. But, she added, “It’s not our goal to make America look bad. America is a work in progress.”

It is important to learn the dark moments of our nation’s history (whether that is France or the United States or any other country) because it is important to understand every nation as a work in progress—work that we have to keep doing. If we see our nation only as good, we will not be on guard against the atrocities we are committing now or may commit in the future.

In our own lives, we are constantly learning from our mistakes. Imagine if you decided that you were already perfect, and always had been—that you could, in a sense, do no wrong. Without the ability to recognize and learn from your mistakes, you would have no ability to improve—to not repeat the mistake that doomed your past relationship in your next one, to not make the exact same financial under over again, and so forth. In what bizarre world would this be wise or productive? And why would anyone think this a wise way to approach a nation?

I’ve never really understood the allure of thinking one’s nation perfect. I grew up on a grand patriotic narrative that largely ignored atrocities against Native Americans, but I still learned of slavery as an evil and a blot on our nation’s history. My college history classes further broadened my understanding of the United States’ past. I had professors who taught U.S. history as a story of expansion of rights and liberty as more groups and peoples over time demanded that the country live up to the lofty (and unfulfilled) rhetoric of its founding.

Grappling with and coming to terms with the complexity of a nation’s past is not the same thing as only seeing the bad things or dark moments. A narrative of carefully guarded lofty ideals that additional groups have demanded access to over time—what is so troubling about such a view? It is possible to craft aspirational narratives of our histories without claiming that our nation has been (or is) perfect.

I worry about the viability of a future built upon a perfect past that never existed. If we cannot own up to our mistakes and purpose not to repeat them, how will we grow or do better? And perhaps that is the crux of it—Le Pen’s unwillingness to grapple with problems in France’s past (and Trump’s unwillingness to do the same in the United States) suggest that we have not truly learned from past mistakes—that we are more interested in papering them over and ignoring them than we are in making sure that we do not repeat them. And that is a scary idea indeed.

Consider a Jewish person in France, faced with the claim that the nation handled itself perfectly during WWII. Consider a black person in the U.S., faced with an uncritical celebration of a revolution that dispatched with British rule but did not end slavery. Demands that U.S. history focus less on the Ku Klux Klan and more on the opportunity afforded African Americans, say, ignore the fractured nature of our history—not all Americans have benefited equally from U.S. prosperity, either in the past or in the present.

I have seen Americans point to the prevalence of Holocaust denial in the Middle East to justify contemporary bans on refugees, and yet this very anti-refugee stance grounded in a denial of the United States’ own role in shutting the door on Jewish refugees during the 1930s, dooming thousands to their deaths. What irony! The lesson the U.S. should have learned from its failure to open its doors to those fleeing the Holocaust has gone almost completely unlearned, perhaps because U.S. history texts have frequently ignored this role, preferring to focus on the U.S. as liberator.

This is what happens when we prefer grand patriotic narratives to reasoned assessments of our nation’s past, warts and all: We fail to learn the lessons we should have from our past, and we repeat mistakes we have no excuse repeating.

Denying a nation’s past failings is not a victimless crime. 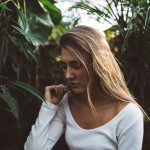 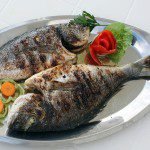