Halal Lunches and Fish on Fridays

Conservatives tend to get upset about Halal meat. If a grocery store sells Halal meat, even alongside non-Halal meat, many conservatives see that as an expansion of Sharia law. Even Halal food pantries garner objections. And last week Right Wing Watch posted these comments by Michele Bachmann about Halal lunches in public schools:

Last week on “Understanding the Times with Jan Markell,” ex-Rep. Michele Bachmann (R-MN) warned that “the United States is embracing more and more of Islamic Sharia law,” claiming that “Islamic organizations” like the Council on American-Islamic Relations “are wildly successful in advancing the implementation of Islamic law through public schools, through public accommodations, community centers, community colleges, etc.”

“For instance, here in Minnesota, public schools serve ‘halal’ food, Islamic Sharia-compliant food in our local cafeterias and public schools,” she continued. “I mean, can you imagine if Baptist kids came in and said, ‘We want accommodation’ or Catholic kids said, ‘We want accommodation.’ Are you kidding? They’d be drummed out of the schools and called bigots and racists.”

Until the 1960s, Catholics were required to abstain from meat on Fridays, except for fish (today, this requirement is only in place during Lent). For many years public schools in areas of the country with large Catholic populations served fish on Fridays, in order to to accomodate Catholic schoolchildren. In some areas this practice continues to the present day.

Bachmann’s comments are absurd on another level as well. She claims that if Catholic kids asked for school lunch accommodations they would be “drummed out of the school and called bigots and racists,” but in fact historically Catholics have been the subjects of bigotry. Opposition to accommodations for Catholic children were grounded not in calling Catholic kids bigots but rather in actual anti-Catholic bigotry.

All that is changed is who is included in the in-group. Bachmann includes Catholics in her “us” category, contrasting them to the scary “other” Muslim kids. A century and more ago those same Catholic kids would have been squarely in the scary “other” category. In fact, If Bachmann had lived at the time, she almost certainly would have condemned accommodations for Catholic children just as stridently and vocally as she is condemning accommodations for Muslim children today. 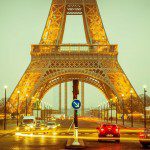 April 11, 2017
Nationalism Does Not Unite. It Divides.
Next Post 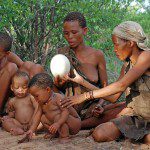 April 13, 2017 San People Create Research Code
Recent Comments
0 | Leave a Comment
Browse Our Archives
get the latest from
Nonreligious
Sign up for our newsletter
POPULAR AT PATHEOS Nonreligious
1