I want to preface this post by saying that every child is different. My child—the child this post is about—is an individual, and nothing I say here is a formula. Parenting my eight-year-old daughter without punitive parenting has been—and still is—revolutionary. Growing up, my siblings and I were expected to obey, immediately and completely and without question or complaint, and if we didn’t, we were walloped with a paddle. Spare the rod and spoil the child, my parents believed.

It’s hard, purposing to parent completely differently from how you were parenting. There’s habit to be overcome, but there’s also doubt, however small. What happens when they’re in middle school? What happens when they’re teenagers? My kids aren’t there yet, but my oldest is halfway to sixteen, which is something, I suppose. And you know what? At this point, everything I’ve experienced so far points to this being the right decision. The biggest thing I’ve learned is the importance of relationship. My children know that I respect them, and that I listen to them. They trust me, because I have proven myself trustworthy, and that is a beautiful thing.

My older child is sometimes moody. She’ll mess up, and I’ll correct her—trying to keep it positive—and she’ll say humph and run off to her room to brood. Or maybe—to process. My daughter gets embarrassed extremely easily. She has a hard time sitting through comedies on Netflix—as soon as it gets embarrassing she’s out of there, running up the stairs or into the kitchen to hide. Something once happened at school and she had to talk to the principal, and even though I know they handled it as non-confrontationally as possible, if she hears me telling the story to someone she’ll stop me: “Don’t tell that story, mom! It’s embarrassing!”

I know this because we talk about it sometimes, afterwards. It’s usually brief—“yeah I know, mom, I got it”—because she doesn’t want to rehash it again and relive the feelings she felt at the time. This isn’t to say that she never disagrees with me, or with my assessment of whatever happened. When she does disagree she’ll typically spend some time on her own, processing, and then she’ll come to me and say: “Mom, I really think XYZ.” She’s had time to process her feelings and collect her thoughts, and now she’s ready to talk. And these are usually very productive talks, with listening on both sides. So when she says humph and runs off to her room? I’ve learned to let that go. I’ve learned not to tell certain stories, the ones she finds embarrassing.

At my daughter’s age, I was spanked regularly, probably several times a month. This happened along a very specific formula. I would be sent to the bathroom, to wait for my mother to come in and spank me, once she had calmed down—so that she would not spank in anger. When my mother came in, she would rehash what had happened—what I’d done wrong—and I would apologize, and as sincerely as I could, trying to look as sorry as possible so as to reduce the spank count. Then my mother would tell me how many spanks I was getting, and I would lean over the toilet and pull down my pants or pull up my dress. And then she would whack me with a paddle, blows that stung like fire. Afterwards I was forced to hug her while she told me she loved me.

Embarrassment and shame are written into that formula. It’s not a whack that happens before you realize it’s coming, and then it’s over. It’s something you have to walk through, painfully, slowly. Sitting in the bathroom waiting for my mother to come in and spank me was agonizing.

I would not have the relationship I have with my daughter today if I spanked her the way I was spanked as a child. I couldn’t by definition. Our relationship is built on trust, and on respect that goes both ways. She knows she can be open with me because she knows I listen to her, and respect her boundaries. When she needs space, I give her space. I know she will come back to me, once she has processed what happened, and she knows I will respect her need for space. The sort of corporal punishment my parents meted out would destroy this, and would put us at odds, staring at each other from two sides of a battlefield. I would lose her.

When I was a child, we were sometimes sent to our rooms for a timeout. This was to be spent on our individual beds, without talking, with no toys, and with no books except the Bible. It was presented as a time for contemplating what we had done wrong, and it felt punitive. We had no control, no say. In contrast, my daughter uses her room as a space to privately process her emotions when she is upset. Going to her room when she is angry, or has been corrected for something—she does not experience this as punitive, because she has agency—she sets the terms of her stay, and chooses to go there in the first place.

If there’s an issue that I don’t think my daughter is getting—something about her behavior or her approach to her commitments—I will frequently let her know that I want to talk to her about it at some point, just to go over it and help her form strategies, and then I’ll let her know that I’m ready to talk to her about it when she is. This gives her agency, room to decide when she wants to have this conversation—and she knows that when we do talk about it, I will listen and will respect her concerns.

It could be I’ll be in trouble once she reaches high school; I’d like to think I’m helping form patterns and habits that will guide us both safely through those years. But I do know one thing—if I used corporal punishment, I would lose my daughter. 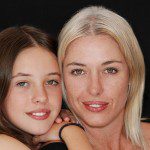 April 26, 2017
Wives and Daughters: On Ivanka Trump
Next Post 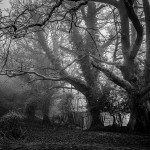 April 28, 2017 Voice in the Wind: A Terrifying Encounter
Recent Comments
0 | Leave a Comment
Browse Our Archives
Follow Us!