Wives and Daughters: On Ivanka Trump

As quoted in a recent news article, Ivanka Trump said this of her father:

“He encouraged me and enabled me to thrive,” Trump said. “I grew up in a house where there was no barrier to what I could accomplish beyond my own perseverance and my own tenacity.”

There was, she stressed, “no difference between me and my brothers. And I think as a business leader you saw that, and as a president you will absolutely see that.”

But in 1994 Donald Trump said this of his divorce from Ivanka’s mother, Ivana:

Donald Trump once said that “putting a wife to work is a very dangerous thing” in a recently resurfaced interview with ABC News from 1994.

The comments were part of an extended discussion about how Trump viewed his relationships with women and the difficulty he had in mixing his business with his personal life.

Speaking to “Primetime Live” correspondent Nancy Collins in March of that year, Trump attributed the failure of his marriage with ex-wife, Ivana, to his decision to put her in a management role at one of his Atlantic City casinos, according to a ABC News report on the interview.

“I think that putting a wife to work is a very dangerous thing. If you’re in business for yourself, I really think it’s a bad idea. I think that was the single greatest cause of what happened to my marriage with Ivana,” Trump said.

He said that he disliked hearing her “shouting on the phone” during contentious business deals. “A softness disappeared. There was a great softness to Ivana, and she still has that softness, but during this period of time she became an executive not a wife,” Trump had said.

The presumptive Republican presidential nominee also discussed his then-marriage to Marla Maples. Trump said that while he enjoyed “creating stars” — which he said was “almost like creating a building” — such as Maples, their professional obligations were frustrating.

I’m baffled that none of this appears to play any role in Ivanka’s assessment of her father’s approach to gender roles. It’s great that he encouraged her, that he treated her just like her brothers—but does she not spare a thought to how he treated her mother, or her first stepmother? Has she completely forgotten that he called “putting a wife to work” “a very dangerous thing”?

This is actually a pattern I’ve noticed, of men who encourage their daughters or granddaughters to work and push and achieve, but want their wives to stay at home and serve them there. It’s a double standard that in some sense centers on treating women as objects to serve them or give them status—their wives to wait on them at home, their daughters give them bragging rights through their success.

Do these men not consider that they’re expecting different things of their sons-in-law than from themselves?

Other explanations have been proffered as well. Jill Filipovik pointed to this double standard in Trump’s life last summer, when she titled her New York Times opinion piece, Why Men Want to Marry Melanias and Raise Ivankas. “Men have often given their female offspring more opportunities than their female partners, perhaps seeing their children as extensions of themselves,” Filipovik wrote.

In 2015, Maya Dusenbery wrote the following in an article on this double standard:

At Jezebel, Tracey Moore suggests one possible explanation: that men choose more “culturally sanctioned” characteristics in a spouse because “a wife is a reflection ON you, while a daughter is an extension OF you.”

What I don’t understand is why watching this double standard play out hadn’t made Ivanka at least a little bit uncomfortable. 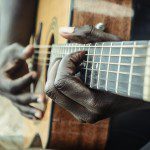 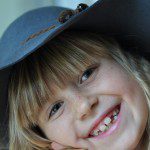