Some years ago, I read several books by scholar Bart Ehrman. This month I’m rereading one of his most widely sold books, Jesus, Interrupted. Ehrman explains the historical-critical approach to the Bible and talks about contradictions in the Bible, as well as the ways scholars approach and understand these discrepancies.

As a girl, I always directed the nativity play at the annual Christmas parties thrown by my parents’ small group Bible study. I cast the characters, we children collaboratively put together costumes using what was on hand, and I narrated, quoting directly from the gospels. I remember finding it very annoying that I had to keep flipping back and forth between Matthew and Luke to tell the ordinary nativity story we all learn growing up. I would get out sticky notes and mark up each section to make this transition as easy as possible.

At issue is one’s approach to the Bible. Evangelical Christians believe in the inerrancy and infallibility of the Bible. More progressive or mainline Christians, in contrast, are frequently more willing to view the Bible as a human creation, albeit one that reveals underlying divine truths.

In the nativity story in Luke, the angel Gabriel visits Mary to tell her that, though a virgin, she will conceive and bear a child. Mary then visits her cousin Elizabeth, who blesses her and the child she is carrying. Next Mary and her betrothed husband, Joseph, travel to Bethlehem for a census. Mary gives birth in a stable because the inn is full. An angel visits nearby shepherds to announce Jesus’ birth, and they come and worship him. Mary and Joseph then take Jesus to Jerusalem to present him and to make sacrifices; while there he is blessed by Simeon and Anna. They return from there to Nazareth, where Jesus grows up.

In the nativity story in Matthew, Mary is found to be pregnant and Joseph is going to divorce her, but an angel appears to him and tells him the baby was conceived by the Holy Spirit. The magi arrive in Jerusalem and visit Herod, asking for the whereabouts of a new king. Herod’s scribes send them to Bethlehem. Joseph learns in a dream that Herod is coming for them, and flees with Mary and Jesus to Egypt. Herod slaughters all of the infants in Bethlehem. After Herod dies they decide to return, but because Herod’s son was ruling Judea they decide not to return to Bethlehem, instead going to Nazareth, where Jesus then grows up.

These are two completely different stories.

In the story in Luke, an angel tells Mary, but not Joseph, about Jesus; in Matthew, the angel tells Joseph, but not Mary, about Jesus. In Luke, Mary and Joseph travel to to Bethlehem for the census, and then to Jerusalem after Jesus’ birth, and from there directly back to their home in Nazareth. In Matthew, Mary and Joseph appear to have always been in Bethlehem, flee to Egypt after Jesus’ brith, and decide to settle in Nazareth instead of returning to Bethlehem in order to avoid Herod’s son.

As a child, I recognized that each account gave different details but I assumed that they were meant to be read together—that they were, ultimately, the same story, just fleshed out in different ways. This is why I was so struck by Ehrman’s note that the two narratives have only two points in common—that Jesus’ mother was a virgin and that he was born in Bethlehem. Could that really be the only overlap, I wondered? And yet, there it is. If you look at the two stories in isolation, without assuming that they’re the same story, they look like two different stories. If you put them together, you create a combined story wholly unlike either. This isn’t just about fleshing out details. It’s about the plot itself.

The differences between these stories make more sense when we remember that the early church was a time of oral tradition and diverse and scattered communities. They make more sense if you understand how stories like this develop, and what role they play in creating meaning.

For example, John has Jesus crucified on the day of preparation for the passover, rather than on the day after the passover as in the other gospels. Ehrman suggests that this was because John wanted to identify Jesus with the passover lamb, which was killed on the day of preparation. Did the author of John know that the date he specified for Jesus’ death was different from that specified by the authors of the other gospels? Given other differences between John’s gospel and the other three (called the “synoptic” gospels), he may not have. At the same time, however, the exact date may have seemed less important than the overall meaning.

I highly recommend Ehrman’s books, if you ever have a chance to read them yourselves. If nothing else, I now have an explanation for all that flipping back and forth I had to do while directing Bible study nativity stories. 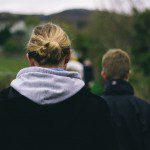 April 3, 2017
Mike Pence's Dinner Rule Is Only the Beginning
Next Post 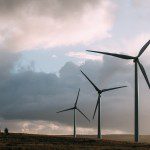 April 5, 2017 So Much for Free Market Conservatives
Recent Comments
0 | Leave a Comment
Browse Our Archives
get the latest from
Nonreligious
Sign up for our newsletter
POPULAR AT PATHEOS Nonreligious
1