So Much for Free Market Conservatives

So Much for Free Market Conservatives April 5, 2017 Libby Anne

Check this out, from an article about the economic boom wind is offering farmers:

Still, not all windy states have a turbine-friendly climate. In Wyoming, for example, coal-loving legislators passed a tax on wind energy in 2010 and are also considering penalizing utilities for including renewables in their portfolios. According to Michael Webber, deputy director of the University of Texas’ Energy Institute, the next few years will see a showdown between “rural Republicans who really want to get the economic boost [wind] offers to their district, versus Republican ideologues who don’t like renewables because they like fossil fuels”—and whose campaign contributions depend on protecting them.

In other words, this article alleges that Republican lawmakers in Wyoming have created taxes and proposed penalties designed to stagnate the success of renewable energy in the state.

Republicans are ostensibly in favor of free markets and free enterprise. Except when they’re not. In general, Republicans are just as willing to use government to interfere in the markets as are those they lambast as socialists—except that they do it to, say, reign in renewable energy and promote the use of coal, rather than the opposite.

Renewable energies have become increasingly cheaper to produce, and many farmers and others have come to see renewable energy as a way to expand their economic prospects in a fast-changing world. This is how markets work—when clean energy becomes cheaper and more effective to produce, its star rises. Except that some Republicans aren’t happy with that, because they don’t like renewable energy.

Perhaps it’s because of the association between renewable energies and reducing climate change, which many Republicans still deny is happening. Perhaps it’s because Democrats have long supported renewable energies, and what the Democrats are for the Republicans must needs be against. Either way, it’s not about principle. Principle would oppose government subsidies and tax credits for any type of production, rather than jumping into the game on the side of fossil fuels.

I looked up the Wyoming bill that would penalize utilities for including renewable energy. The bill, introduced this past January, didn’t make it out of committee, but it did have two sponsors in the state senate and seven in the state legislature (and Wyoming’s legislative houses are small). All sponsors were Republicans.

Under the proposed legislation, electricity from wind or solar farms for Wyoming residents would be illegal.

What would anyone propose such a law? To preserve jobs, supposedly, and to strike a blow against the alarmists and kooks who insist global warming is happening.

And from another article:

When asked about the motivation for the bill and concerns about it driving away future wind generation, bill sponsor Republican Rep. David Miller from Fremont County said, “Wyoming is a great wind state and we produce a lot of wind energy. We also produce a lot of conventional energy, many times our needs. The electricity generated by coal is amongst the least expensive in the country. We want Wyoming residences to benefit from this inexpensive electrical generation.”

Wyoming does have wind farms, but Miller’s bill would have required the state’s power companies to sell the electricity generated from these wind farms out of state while selling residents of Wyoming only electricity derived from nuclear power or fossil fuels. Miller claims that coal energy was cheaper, but that is no longer necessarily true—and isn’t that something for the market to work out anyway?

There is another explanation here too, beyond Republican denial of climate change and partisan knee-jerk reaction to anything supported by Democrats: Many of the Republicans who sponsored Miller’s bill have ties to the coal industry. Again, so much for the free market. So much for free enterprise. It seems the question is not whether the government should meddle in the markets, but rather how it should do so. Should it promote renewable energy and regulate what industry dumps in our rivers? Or should it stymie clean energy and promote coal?

So much for principled opposition to big government. 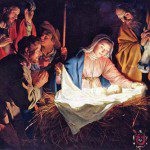 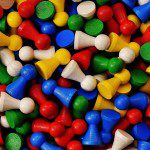