The Weird, Weird Role of Women in Evangelicalism

The image depicts an article from the Moody Monthly published in 1954, titled “Meet Ruth Graham.” However, the image accompanying the article depicts not Ruth Graham but her husband, Billy Graham. Fea titled his post on the image “This Embodies Everything Weird About The Role of Women in Evangelicalism”; Johnson posted the image on her own Facebook under the same title.

None of this is terribly surprising, or limited to evangelicalism. However, because they have tied strict gender roles to the Bible, evangelicals have retained these ideas longer than other Americans. Images like the one above drive this home—why would an editor publish an article about Ruth Graham under an image not of Ruth but of her husband? Surely the name Graham was well known enough that the reader would connect her name with her husband without the visual reminder.

But it wasn’t just adult women who experienced this. I would accompany the above image with another image from the same publication during decade: This image shows six children holding Bibles, as a teacher stands between them. The three girls are raising their hands—they clearly know the answer to whatever Bible question has been asked—but the teacher is not calling on them and is instead looking at the three boys, who are not raising their hands and appear to be still looking for the answer. The text reads “The junior’s love of competition causes him to respond readily to contests stressing Bible knowledge.”

The boys in the image are future pastors and revival preachers, future spiritual heads of their own families. The girls will organize potlucks, bring meals to sick families, and read Bible stories to young children. The boys will lead; the girls will support them. The girls know the answer, but their teacher is going to wait on the boys and give them the chance to answer it first. After all, they need to prepare themselves for leading.

The role of women (and girls) in evangelicalism is weird indeed, and it has not changed significantly since the 1950s. Yes, some things have changed. Dress has changed, and women’s role within the church has expanded as additional ministries have been created, but women are still largely limited to women’s ministries and helping ministries, and those women who do have speaking positions in their own name tend to focus on teaching women.

Nancy Leigh DeMoss is an excellent example of an evangelical woman with a platform. For many years Nancy was single, which helps explain how she was able to carry on her ministry—she didn’t have a man she was supposed to be supporting. That alone would not have been enough, however. Unlike most evangelical figures who run ministries, DeMoss is not a pastor. She further protected her position as a speaker and author by focusing her attention on ministering to women, making her ministry more acceptable than it would have been had it been more broad.

When DeMoss married in 2015, she felt the need to reaffirm her call to ministry. A male evangelical speaker who married would not have felt the need to assure his followers that his ministry would continue. The role of women in evangelicalism may be broader today than in the past, but it is still weird. 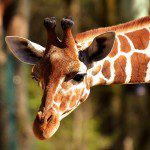 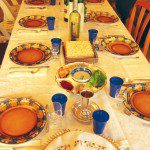 April 18, 2017 Remembering the Egyptians' Suffering: Why We Dip Out Wine at the Seder
Recent Comments
0 | Leave a Comment
"Ironically, I suspect that this is a product of the fact that there isn't any ..."
Madison Blane The Vision: Literal Child Trafficking
"I agree with Melissa that I don't think anyone is going to get McConnell to ..."
EchoGirl The Vision: Literal Child Trafficking
""These Christian fundies....The problem is rather that they don't worry enough about it, and don't ..."
B.E. Miller To Theocracy, or Not To Theocracy
"Once again proof that rape isn't about lack of sex; it's an exercise of power."
Madison Blane Manly Men of the Bible
Browse Our Archives
get the latest from
Love, Joy, Feminism
Sign up for our newsletter
POPULAR AT PATHEOS Nonreligious
1

Nonreligious
No, No, I Didn't Mean HIT Her!
Love, Joy, Feminism
TRENDING AT PATHEOS Nonreligious