All the Evangelical Marriage Teachings I Had to Unlearn

My husband and I have been married for almost ten years. My upbringing was evangelical, and it did not prepare me for marriage in any way. I had a lot of bad habits to unlearn and I made a lot of mistakes. Indeed, many of my early missteps with regard to marriage stemmed from the evangelical teachings I learned growing up. I’m going to run through some of them here, but this is not a comprehensive list.

Growing up in a conservative religious community, I was taught that couples were happiest when conforming to prescribed gender roles. The husband should work outside the home and take care of yard maintenance outdoors and handyman projects indoors; the wife should stay home, raise the children, and do the cleaning and cooking, as well as various homemaking crafts. After marriage, I learned that expecting your spouse to fill a prescribed role when they don’t adds tension and stress to a marriage (as does expecting yourself to fill a role you don’t).

When we first married, I assumed my husband would be the handyman of the family, operate the power tools, etc. Power tools are man things, after all. But it didn’t ultimately work out that way, in my marriage. I eventually grew tired of waiting on my husband to do various projects and tackled them myself, and do you know what I learned? I learned not only that I was capable of doing these things (and even enjoyed it), but also that my interactions with my husband became more positive because I wasn’t constantly frustrated with him for putting off these handyman tasks.

But there’s something more fundamental that I think was off about my expectations regarding marriage. In a very real way, I think I expected to draw my happiness from my marriage. Partly this may have been because I was taught, growing up in an evangelical homeschool community influenced by quiverfull ideals, that my role in life was that of wife and mother. I was never to work outside of the home. Even volunteer activities could take away from my role as homemaker if I wasn’t careful.

I constantly wove pretty fantasies about marriage, and the man I would meet, and entering the next step of my life—because what else was there for me?

In many societies, both past and present, boys become men when they reach a certain age, and girls become women when they marry. I suppose I thought like that too, even though that is not how our society functions in the present. Today, girls typically grow up, get jobs, and move out of their parents’ houses before marriage. But you only have to hear so many times that women’s role is in the home, as a wife and mother, before marriage appears as the defining moment of your life.

When I first married, I would tell my husband everything. He would look at me with vague confusion, not sure why I was telling him all of these little details about my day, things I’d done or people I’d seen. I had expected him to be all I needed emotionally. He wasn’t. No one can be. I soon realized that I needed a whole support network of friends and close relatives I could talk to, laugh with, and share things with.

We’re social creatures. One person can never be enough to meet all of our needs. Over the course of any day, I’ll share some things with my husband, and other things with close relatives or good friends, depending on the subject matter and who has interest in what. I no longer expect my husband to meet all of my emotional needs, and we’re both better off for it.

Friends can play additional functions as well. During my early marriage, I found that sharing frustrations with a partner with a close friend or trusted relative could be a very healthy thing. It could lead to the sharing of advice, or simply affirmation of what I was feeling. My sister and I both married very young. We frequently called each other when frustrated about something our respective spouses had done. We’re both still married, and we both have marriage that have grown and improved over time—sometimes in response to advice or encouragement we’ve given each other.

And what of happiness, and the sources thereof? It’s true that evangelical marriage advice literature will say that happiness is found in Jesus, and not in any person or earthly institution. Still, given the glowing way marriage is presented in evangelical circles, it’s not surprising that I had the idea that marriage would fundamentally change things in this area. In his book, I Kissed Dating Goodbye, Josh Harris describes a newly married couple as positively bubbling with happiness, just overflowing. I wanted that. I expected that.

I remember distinct moments when I realized that I was asking things of my husband that he could not give. He could not be everything that I needed. No one could. I had to find happiness for myself—and, in a very real way, I had to create my own identity apart from his. I had to be a separate person. I had to be confident in who I was separate from my husband. This may sound odd, but I understood that I would be happiest with my husband when I knew that I could be happy without him.

And then there’s sex, but this post is long enough as it is. In my own experience, literally everything evangelical marriage advice literature says about sex has turned out to be completely wrong, right down to the idea of putting out even when I don’t want to because men have high sex drives and might be tempted to cheat otherwise—it turns out that many men would rather not have sex at all than have sex when a partner that isn’t in the mood, even if they’re willing to pretend otherwise.

Suffice it to say, what I intend to teach my children about marriage is different from what I was exposed to myself, whether directly or through some sort of evangelical cultural inertia. I don’t want my children growing up thinking that they can find happiness in another person, or in an institution, or that they don’t need support networks outside of their partner. I don’t want my children trying to push themselves into roles that don’t fit, or assuming that all men are the same or all women are the same (read some evangelical marriage advice literature, it’s replete with this).

But most of all I’m simply happy that I’ve been able to work through the toxic teachings I held when first entering marriage, rather than watching them wreck my relationship (as they surely would have). 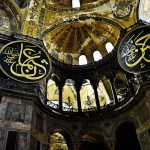 May 9, 2017
Evangelicalism and the Semantics of Religion
Next Post 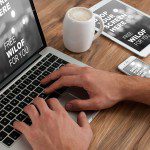