How (Not) to Respond to Apostasy

A few weeks ago, LDS Living posted a story about a young Mormon who questioned his faith, and how his family responded to his struggle. As the story detailed, when Kaydin Alabbas, age 17, told his parents that he wasn’t sure he wanted to go on a mission while they were on a camping trip, they packed up and left him.

…his mother walked to the family van, opened the door, removed her son’s suitcases, set them on the ground, and invited her husband and two younger children to load up. In a matter of seconds, they were gone.

As the Friendly Atheist summarizes:

It turns out when his grandparents picked him up and he confessed his doubts to them, his grandfather pleaded with him to just go to the Mission Training Center. Just the part before the mission actually begins. And if, after training, his heart still wasn’t in it, the grandfather would pick him up and they’d all “just move on.”

Wouldn’t you know it, Alabbas rediscovered his faith and he’s now serving as a missionary and everyone’s happy! That’s why he can retell the story with a laugh.

But seriously, what the hell were his parents thinking?!

I can guess at what Alabbas’ parents were thinking, because it’s something I’ve watched my parents and others’ grapple with. There was a point, when I ceased identifying as an evangelical, that my parents had to decide whether or not I would be welcome in their home. There was the question of whether my apostasy would corrupt my younger siblings, of course, but there was a bigger question, too.

Have you ever heard the phrase “giving your child to the devil“? This terminology, used recently by a Christian blogger as she outlined her separation from her son, may be unusual, but the underlying concept is familiar to me. In theory it stems from a command in Corinthians to separate yourself from a former believer who is living in sin, but in a more pragmatic sense it is related to Jehovah’s Witnesses’ practice of shunning those who leave the group in the belief that wayward members, missing contact with their friends and family, will come back.

The question they grapple with is this—if we make life comfortable for our apostate children, as though nothing changed, will they have motivation to return to the faith?

Alabbas’ mother describes her decision to abandon him at the campground as follows:

More than a year after leaving her son standing at a campsite with his mouth hanging open, Sarah Hyatt has no regrets. “Leaving Kaydin in Bryce Canyon wasn’t out of anger. Our hearts were broken. His future suddenly became unclear. We felt like failures as parents.”

Still, Hyatt believes their only choice was to put their son in the hands of the Lord in their creative way. “We felt inspired to step away when we no longer had any control. And we witnessed the biggest miracle of our lives, letting the Lord work through his grandparents, as they issued him a challenge to try.”

Reading this article made me to think about how differently my parents and my husband’s parents, both deeply Christian, have responded to their children’s apostasy. My parents have maintained contact, but that contact has always been tense and is frequently uncomfortable, littered with painful conversations, looks, and moments. My husband’s parents, in contrast, have accepted us as we are and focus on loving us, fellowshipping with us, and being with us.

There is no judgement, and there are no looks.

To the extent that either set of parents makes me reconsider my decisions, it is my husband’s parents. Oh, don’t get me wrong, I’m happy where I am now. I have no regrets. But my husband’s parents are so loving, so kind, and so open, that I sometimes wonder at their secret. They don’t push their beliefs in others’ faces. They simply live their faith. And that is so much more attractive than the judgement and criticism and negativity my parents have shown toward us and our life choices.

A reader recently wrote about a congregation in their hometown that did not proselytize, focusing instead on doing good toward others, on building community, on loving and loving and loving. And people wondered. What was it that these people had, that made them so kind, so accepting, so devoted to serving others? They were more effective at generating interest, this reader noted, than were those congregations that preached and cajoled and put their beliefs in everyone’s faces.

It turns out when his grandparents picked him up and he confessed his doubts to them, his grandfather pleaded with him to just go to the Mission Training Center. Just the part before the mission actually begins. And if, after training, his heart still wasn’t in it, the grandfather would pick him up and they’d all “just move on.”

Wouldn’t you know it, Alabbas rediscovered his faith and he’s now serving as a missionary…

In other words, Alabbas’ grandparents provided him with a space of (comparative) acceptance. They gave him room. They showed him (more) unconditional love. It wasn’t his parents’ judgement that convinced Alabbas to go on the mission after all. It was his grandparents’ acceptance and the space they gave him.

There is among some Christian parents with apostate children a fear that if they accept, and love, and make their children comfortable, those children will be comfortable in their sin, and will have less reason to leave it. Better to make their lives of sin uncomfortable, they believe. Better to cut their child off and hand them over to Jesus, letting him deal with both them and the consequences of their sin. I find such actions appalling from a moral standpoint. But are they actually effective, on a purely practical level? Alabbas’ experience suggests not—as does my own.

What was that about honey attracting more flies than vinegar? 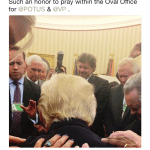 July 31, 2017
Evangelicals Have Tied their Wagons to Trump
Next Post 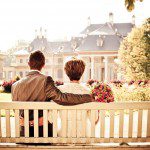