When You Have to Tell Your Readers Not to Beat Their Wives… August 2, 2017 Libby Anne

Two weeks ago Doug Wilson posted an article titled 21 Theses on Submission in Marriage. Three days later, he found himself forced to write a blog post condemning literal wife beating, because—apparently—a lively debate broke out among his followers in the comments section over whether wifely submission should be enforced with, well, literal force. Yes, really.

At issue were these items in Wilson’s theses:

11. The Bible does not teach husbands to enforce the requirement that was given to their wives. Since true submission is a matter of the heart, rendered by grace through faith, a husband does not have the capacity to make this happen. His first task is therefore to love his wife as Christ loved the church. He is to lead by example.

12. The fact that husbands cannot mandate or manufacture this does not make it any less mandatory. Wives are to be submissive to their own husbands in everything. The marriage service rightly includes a vow for the bride to obey her husband.

As Wilson noted in his followup article:

Upon returning, I axed one comment for being abusive, and spent some time meditating on how to respond to the suggestion that had broken out in my comment thread that I was something of a closet feminist because of my failure to come right out in support of corporal punishment for wives.

Let’s take that in, shall we? Some contingent of Wilson’s followers believe that domestic violence is acceptable if a wife is not “submissive” to her husband.

In his follow-up post, Wilson addressed (or fails to address) this complaint as follows:

I am far from denying the biblical truth that a rod is for the back of fools (Prov. 26:3). Nor do I deny that a woman could be numbered among such fools. But such a woman would be far gone in her folly, and the only fool bigger than that would be the guy who married her. So before we beat her for her uppity rebellions, I would suggest we flog him for being such an idiot. If he were to object that this is mean-spirited and unjust, I would reply that it sounds to me that he has been influenced by the spirit of egalitarianism. Must be one of those new softie men.

Wilson never really gets any closer to answering this question than that.

At some point in every husband/wife relationship, there will be a clash of wills. When that happens, it is often the case that the husband gets owned and he loses. Let us be blunt, and call it what it is. However, we live in flattering times, and he has been given sufficient cover by the church to retreat demurely into his designated background, and to call what he is doing “servant leadership.”

That kind of weakness is not what I am commending. It is not how Christ loved the church. But it is a mistake of the highest order to think that the opposite of this kind of cowardly coyness is to stand on the recliner in one’s man cave beating one’s chest. That is not how He loved the church either.

No really, this doesn’t make anything more clear. Wilson suggests that “servant leadership” is “cowardly coyness,” but isn’t the command to men that they “love their wives”? Isn’t that what they’re bound to, whether or not their wives follow the “submit to their husbands” command? The New Testament only commands men to love their wives, not to force them to submit or take a hardline if they don’t. If Wilson objects to that—dismissing “servant leadership” as “cowardly coyness”—what is his solution?

Wilson does not say. And perhaps in part because of this vagueness, many of those sharing their thoughts in this post’s comment section refuse to fall into line.

Leaving corporal punishment out of this, there are numerous traditional methods: verbal reprimand first of all, then revoking privileges of various kinds. What you do with a recalcitrant teenager, basically. But all of these methods are now deliberately conflated with “abuse” by the Duluth Model, enabling the wife to inflict the might of the State against her husband should he employ them.

This commenter objects to tactics like revoking a wife’s privileges being “conflated with ‘abuse'” while suggesting that they be used in place of corporal punishment to force disobedient wives to submit to their husbands. This is precisely why these tactics are considered abusive in the first place. The lack of self-awareness is baffling.

A man who believes his wife is obligated to submit to and obey him and casts about for ways to make her do so—which, to be clear, is exactly what many of the comments on Wilson’s posts are composed of—is being abusive.

Of course a wife’s political opinions, has she any, and some women don’t, should more or less follow those of her husband, and if she respects his opinion, which she should, they more or less will.

This expectation is hugely problematic, to say the least, but that’s not the end of it. When one commenter asks others to “define the characteristics of a rebellious contentious wife,” a fellow commenter responds with a list that includes these items:

Openly disrespects the husband in front of the kids or other family.

Complains to mom or dad about how bad of a husband she has.

Is sexually unavailable. Or, even worse, makes love openly begrudgingly.

Refuses to move with her family simply because she wants to be close to her parents. I get this one is delicate and needs wisdom, but it is still a common problem.

And no one objects. Which is … special.

How does a man maintain his authority in the home, in spite of church and state attempts to undermine it, without using his God-given physical advantage? It’s not a topic that the church is willing or able to help you with but the AltRight has explored it in detail.

1. Mate selection. Dont marry a woman who isn’t eager to submit to your authority. This means that most women are unmarriable but that’s society’s problem, not yours.
2. Maximize your status. Lift weights, make money, enter a high-status occupation, take risks, be assertive. Continue to work at these things. If you are unwilling or unable to do these things then you are going to have to be even more selective about mate choice. Consider looking in less decadent cultures overseas. If you are successful then the fact that you could easily replace your wife with a younger woman means you probably won’t need to.
3. Understand the social, religious, historical and biological reasons for patriarchal authority and teach them to your wife and children and to your friends when the opportunity arises.
4. Don’t make things hard by making bad decisions for yourself and your family.

Whether they’ll admit it or not, a woman deeply desires to live as the prized possession of a high-status man. If you are able to carry this off through sheer strength of will in spite of the church and state then your stock is boosted even higher. My wife wouldn’t trade places with any egalitarian or complimentarian biddy.

And this, from a commenter who objected on his previous post:

Sorry Doug, this still doesn’t save thesis #11. Submission necessarily implies an authority that must be submitted to. And authority necessarily implies the ability to enforce one’s will over someone or something. The coin is two-sided. … The command to wives in Ephesians 5:22-24 make no sense unless husbands actually have authority.

It is foolish to tell wives that they must submit to their husbands and then tell husbands that they don’t really have the authority to lead their households. This leads to confusion and division and weak men. But that is what the modern Western church mostly teaches. Unwilling to confront the feminist sentiment of the day, we play semantic games and state that “true submission” cannot be coerced, as if that were the question at hand.

Most commenters, of course, agreed that men should not beat disobedient wives. Some suggested that disobedient wives should be taken to the elders for church discipline, but others objected, arguing that true submission cannot be forced. Underlying all of this, though, was a palpable uncertainty. You can see the confusion at play reflected in this comment:

Every reasonable man already knows he’s not supposed to beat his wife, so this post isn’t terribly helpful to most men.

What would be helpful is an explanation of what a husband SHOULD do with a rebellious, contentious wife. There is no shortage of men in that situation, and there is essentially no help for them from the Church.

This question is not unreasonable. What options does a god-fearing man whose wife refuses to obey him have, as outlined by Wilson? He could leave her, but divorce is generally condemned in these circles, even for irreconcilable differences. He could let her lack of submission go and focusing on loving his wife—something often called “servant leadership”—but Wilson condemns this, calling it “cowardly coyness.” What is left? Wilson may draw the line at wife beating—but what exactly is he suggesting?

Many conservative Christians (evangelical or otherwise) believe that God commands husbands to lead and wives to obey. Needless to say, secular marriage counselors do not see this as a healthy form of marriage. Many evangelicals (and others) get around this by arguing that such submission should be voluntary. But what about when it’s not? The moment individuals like those on Wilson’s comment thread start talking about how to make their wives obey them, we have crossed a major line.

Believing that your wife should obey you but doing nothing one way or the other if she does not is concerning, but not necessarily abusive. Believing that your wife should obey you, and looking for ways to make her? That is another story entirely. And perhaps that is what makes evangelical marriage roles so concerning—how is easy it is for “should” to become “must” and for “disobedience” to be followed by sanctions. 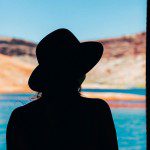 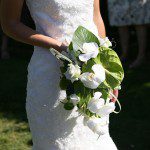