How Evangelical Ideas about Forgiveness Failed This Rape Survivor

A recent blog post titled “Do You See Me?” is making the rounds in the survivor community. In it, “Jane” tells her story of being drugged and raped while studying at The Master’s College in California. Here is a section from the end of the post, where Jane returns to the school to find out what she has to do to finish her senior year and get her degree, even after everything she has been through:

I am standing outside the door to [Pastor] Rick [Holland]’s office. I take a deep breath and feel confident that I am strong enough to do whatever it is that he asks me to do. I open the door and am shocked to see the stranger sitting there. I am starting to shake and sweat. Rick asks me to sit down by my rapist. Rick speaks for the rapist.

“He has admitted to everything he has done. He has acknowledged his sin and that this relationship was not consensual and he has repented. Look at him, he is crying.”

I don’t want to look at him but I do. I feel panicked sitting this close to him. I am wondering why I have to be present if it has become clear that I am innocent. Why wasn’t I immediately reinstated in school?

“Now it is your turn to apologize.”

I am not hearing right. I think that Rick Holland has just asked me to apologize to my rapist.

“Apologize for what?” I ask.

Rick says something about apologizing for the dress I was wearing at the bar and for drinking alcohol. He says I caused this young man to stumble, and he is incensed that I have not dropped the charges with the police.

This may seem like a complete change in subject, but the Jewish High Holy Days are approaching and I’ve been thinking about something a Jewish friend once told me about Yom Kippur, and about asking forgiveness of those you have wronged. If you have sinned against a person, she said, it is your responsibility to make it right. That struck me as odd because in Christianity you sin against God, not against other people, and furthermore, in Christianity Jesus has paid the price for your sin so you don’t have to.

Consider how all of this applies to a situation like Jane’s. In the Jewish understanding my friend explained to me a few years ago, if Jane’s rapist wanted to repent of his sin for Yom Kippur, he would have to apologize to her and make it right to her. Asking God forgiveness or confessing what he’d done to his pastor would no be enough. Furthermore, simply confessing would not be enough. He would have to make amends.

In evangelical Christianity, the dynamic is all different. In this situation, Jane’s rapist presumably already confessed his sin to God, and gained forgiveness through Jesus’ sacrifice. So when Jane walked into the room, her rapist was already forgiven. And if Jane refused to forgive him too, if she continued to make an issue out of what had happened, she would become the problem. She would be walking in sin. After all, once God has forgiven someone for a sin, it’s over, and it would be wrong for another Christian to continue making an issue of it.

The Jewish view does not require the one who was sinned against to offer forgiveness. All that is incumbent on the doer of the wrong is to sincerely apologize and to do everything in their power to make it right. In the evangelical Christian view, making amends is not necessary—it risks suggesting that we pay for our sins. Jesus offered forgiveness freely, without asking anything in return, and we should too.

Do you see what is going on here? The power is apportioned differently.

In the evangelical Christian view I was raised with, an individual like Jane’s rapist approaches the individual he wronged already forgiven by Jesus. If the one who was wronged does not forgive the wrong, without conditions, they are in the wrong. After all, Jesus has already forgiven the one who wronged them. In the Jewish view my friend described to me, an individual like Jane’s rapist would approach the individual he wronged before seeking forgiveness from God. In fact, he could only seek forgiveness from God after apologizing to the person he wronged and making amends for his actions.

Don’t mistake me—I am not saying the Jewish perspective is perfect or that the Christian approach is so flawed it cannot be redeemed. I am quite sure there are Jewish traditions that hold that if a person does not forgive another who is asking forgiveness in good faith, and who has made amends, that person is doing a wrong. I am also sure that there are ways to interpret the approach to forgiveness found in the New Testament through a liberation theology or social justice framework that turn the conservative evangelical interpretation I was raised with on its head. 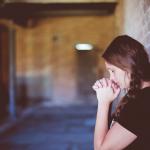 September 19, 2017
On the Self-Worth of Evangelical Girls
Next Post 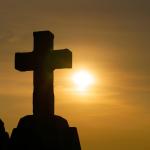