On the Self-Worth of Evangelical Girls

By age 13, 53% of American girls are “unhappy with their bodies; by 17, that number has climbed to 78%.” Furthermore, 7 in 10 girls, if asked, would tell you that they “are not good enough or don’t measure up in some way.” Given this, it is no wonder that 1 in 4 of them suffer from clinically diagnosed depression, eating disorders, cutting, as well as other mental/emotional disorders.

Make no mistake: those figures should break our hearts. As the father of daughters, it does.

According to a 2014 Atlantic article, there exists a stark “confidence gap” between the minds of women and men. In short, when men overestimate their ability to perform well, women are quick to underestimate their performance. They are generally less confident about their abilities and seem to prefer to criticize rather than complement their own skill levels.

Girls need to have ways to silence the noise of a society and culture that so carelessly corrupt their self-worth. They need to grow in confidence through building social skills and growing in relationships with others their own age. They need to develop new skills as well as better independence and resiliency.

Now, I am in no way against sending girls to summer camp. Quite the contrary! Stetzer is absolutely right that such programs can help girls build social skills and independence. He is also right that American society and culture often does a number on girls’ self esteem and sense of self-worth. Still, in my own case it was not American society or culture that corrupted my self-worth. It was the evangelical world Stetzer inhabits.

As an evangelical girl, I learned quickly that I had a specific role in life—that of wife and mother. I was not to work outside of the home, I was not to grasp for equality in marriage, and I was not to have a position of leadership in the church. Certain roles were open to me—helping in Sunday school, playing the piano—but in my family’s church, women weren’t even allowed to serve as ushers, passing the communion plate around.

At AWANA Bible club at a church nearby, there was a bit of a to-do one year about whether a woman could serve as a leader in the high school group. After all, that would mean a woman was teaching teenage boys—and the Bible said a woman must never teach a man. Teenage boys were almost men, and might have been considered men in Bible times—right? Ultimately, this conflict was resolved by adding a male leader, and allowing the female party to serve under him.

No one blinked at the idea of a male leader teaching teenage girls. I doubt anyone gave a single thought to it, it was such a non-issue. Men could teach men or women, either one, but women could only teach other women. What message do you think this sent me, an evangelical girl growing up in an evangelical family and church?

As a teen, I studied Greek, Hebrew, and apologetics. I loved debate, argument, and rhetoric. I loved public speaking. I was driven, dedicated, and studious. And yet, I never once considered being a pastor or a theologian. Do you want to know why? Because I was a girl, and that meant those things were off limits. I could be passionate about studying the Bible, yes, but I could not aspire to teach it.

Do you know what happened to my self-worth? I spent my high school years practicing my culinary skills, and building my housework and and childcare acumen. As I saw it, my next step was to find and win a man. That was my job, was it not? To be a man’s submissive, obedient wife? To bear and raise his children, to cook for him and keep his house? I felt quite sure I wasn’t pretty—that ding in my self-worth happened regardless of my lack of exposure to media—so I knew I better be able to cook.

Imagine that. I knew Greek and was busy mastering Hebrew, I read apologetics and church history and practiced rhetoric and debate, and yet I saw my role in life so circumscribed that any way to actually use these skills was virtually cut off. And I accepted that. It was the way things were—it was in the Bible. The best I could hope for was to marry a pastor or a missionary and support his ministry.

And yet, in many ways I was one of the lucky ones. I knew other families where the wives asked permission from their husbands before bringing their children over to visit; my mother was horrified. Wives must submit, yes, but the home and the children were their sphere of responsibility, she reasoned. When I was 18, one of my mother’s friends came over and tried to convince her not to send me off to college, because it would forever ruin me as wife material—I would become headstrong and want my own way. My parents sent me to college anyway.

I appreciate Stetzer’s concern about the negative effect our society’s emphasis on beauty has on girls, and I am glad that he is aware of the “confidence gap.” But if Stetzer truly wants to build Christian girls’ confidence and sense of self-worth, he needs to do more than point the finger at “society and culture.” He needs to look within. He needs to open his eyes to all of the girls whose dreams are circumscribed and whose confidence is limited not by “culture” or “society,” but by evangelical Christian teachings. 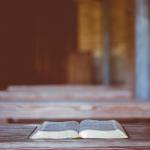 September 18, 2017
Is Evangelicals' Persecution Complex Dictated by Their Dualism?
Next Post 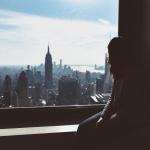