I’m Really Really REALLY Glad I Had Sex Before Marriage

A month ago, Hendrix and I got married. About two years before that, we had sex. And I am SO GLAD we didn’t “wait til marriage.”

Let me tell you where I started out. Back in college, I was so deep in purity culture, every time I had a crush I considered it a dangerous temptation that I would need to fight and pray about constantly. I believed God’s plan for me was that I never have any romantic or sexual experience at all with anyone other than the man that God had apparently destined to become my husband. Falling in love was dangerous and could lead me into sin. I needed to “guard my heart.”

So I decided I no longer believed in guarding my heart. I no longer believed I would need explicit permission from God before dating someone. I started dating a guy, and every “impure” step I took in that relationship was a conscious decision, an affirmation that I no longer believed in those things, but also accompanied by so much shame. And when I say “impure”, I’m talking about things like letting myself feel my emotions and enjoy the attraction. I’m talking about texting my boyfriend to tell him good night- something that would increase my affection for him and therefore make me more “emotionally attached” and less pure. I’m not talking about sex or anything like that. I never even kissed him, because I was too scared of the possibility that purity culture was right and kissing might lead to all sorts of terrible things.

That relationship ended, and I met Hendrix (who is now my husband). And slowly, slowly, slowly, I worked my way out of purity culture. One step at a time. We kissed. We slept in the same bed, holding each other, with clothes on. Eventually we saw and touched each other’s genitals. No sex though.

And even though I no longer believed any of that was “sin,” even though I was actively choosing to do it, sometimes I felt so guilty. Sometimes I would text him and tell him how awful I felt about the “bad” things we did, and say we shouldn’t do them anymore. Not because I actually believed they were sinful, but because of how much shame I felt. And sometimes we would stop for a few days, until I would decide it was silly to let shame limit my life and take away our happiness.

That’s what it was like, at the beginning of our relationship. Unlike my previous relationships, I wasn’t thinking about “where is the line?” I was finally letting myself just enjoy it, just be happy with him. And fighting constantly against the ideology I had internalized, which said I was bad.

Then we started living together. Still not having sex- I still thought maybe that would be a sin. I was so in love and it was great being with him every day, but also I became extremely depressed because living together unmarried is pretty much the dirtiest sin you can commit, isn’t it? I believed I was “impure” and “bad.” I believed God saw me as “dirty.” I would tell myself “we are bad”; I would say it out loud to Hendrix. Poor Hendrix. But he loved me and helped me through all of it.

For a while I didn’t realize I had depression. In church I had learned about “the conviction of the Holy Spirit”- how people who are “sinning” are SUPPOSED to feel terrible all the time. It didn’t occur to me that feeling like “I am bad, I am bad” every day was a PROBLEM that I should get help for. I thought that people who don’t “repent” of their “sin” just feel awful, and that’s the way it should be.

After a few months, I went to therapy. And slowly worked my way out of the shame. Slowly got out of all that evangelical doctrine about how people are basically evil and don’t deserve anything good, how we don’t have any value in and of ourselves, we only have value if we’re devoted to God. Slowly I began to accept myself and came to believe that I’m good. Just by being a person, I’m good and I deserve happiness– it has nothing to do with whether I’m “following God.”

I didn’t feel shame about living together anymore. I didn’t have depression anymore. But there was just one more question: What about sex?

I no longer believed unmarried sex was inherently a sin. Mostly because there didn’t seem to be any reason for that belief, and I got tired of judging other people. I decided there was nothing wrong with people who choose to have sex when they’re not married. But what about for myself?

See, it’s one thing to say, “okay, other people’s choices are fine, I won’t judge them.” But for me to actually try it, to actually take that risk, to act on my belief that those purity-culture warnings were totally unfounded- wow, that’s a big deal. What if purity culture was right? What if sex somehow ruins my life? (Even though I had spent a lot of time thinking about it and couldn’t come up with any way it would “ruin my life.”)

I no longer thought it was a sin, but I was still terrified. What if it was true? What if? Maybe I should just err on the side of caution and wait til marriage.

But I couldn’t find any real reason to not have sex with my amazing, committed, wonderful boyfriend. And in the absence of a real reason, all I could do to support my decision was pile up more fear. Surely the result of having sex must be truly truly terrible, more terrible than I can imagine, to justify avoiding it even in a long-term, committed relationship.

(To clarify: I’m not saying you’re only allowed to choose not to have sex if you can give a reason that is acceptable to other people. “I don’t want to” is a good enough reason. It’s your body; you’re not required to submit your choices for approval by other people. That wasn’t my situation though- I was curious and wanted to try sex, but was trying desperately to convince myself it was better to not do it, because of fear.)

It was this huge question, hovering over me. This huge fear. And I decided, I have to face my fear. I have to know. I have to try it, and prove that it doesn’t ruin my life.

So we finally did. We had sex, and guess what, it didn’t really change anything. It didn’t ruin my life. It didn’t change me into a completely different type of person. It wasn’t some kind of mind-blowing, best-feeling-in-the-world experience.

But the fear was gone. All this time, there had been nothing to worry about. And wow, I’m so glad I did it, just because of that.

And then two years after that, we got married. I can’t imagine how terrible it would have been for me to “wait for marriage.” (For other people, it may be the right decision, but not for me.) To live in that fear and shame and depression for another two years, only to find out that sex isn’t that much of a big deal and there was nothing to be afraid of all along. Wow. I can’t even imagine the damage that would have done to my mental health.

(Some time later, I figured out I’m asexual. Pro tip: If your main reason for having sex is “I need to know if all those warnings are true or not” rather than, you know, a desire to stimulate your genitals, you might be asexual.)

I’m so glad I’m not starting out my marriage by recovering from years of fear of sex. I’m so glad I faced that fear two years before, and I found there’s no reason to be afraid at all. I’m so glad I didn’t sacrifice my mental and emotional health in order to “stay pure.”

Perfect Number is an ex-evangelical, ex-purity-culture blogger who writes about Christianity, feminism, purity culture, asexuality, and everything else. She is American but now lives in Shanghai, China with her husband. She blogs at Tell me why the world is weird. 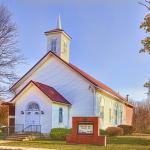 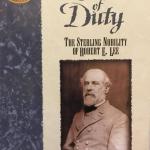