I was recently asked to go through several boxes of books at the home of a woman who homeschooled for several years a decade ago. I was told that I could pick out what I wanted for my own kids, and that the rest were going to be donated to a library. I scrutinized the history books carefully, knowing the penchant for historical revisionism present in many books sold through homeschool publishers. Then I picked up a book that startled me so much that I reacted physically—I jumped, fumbled the book, and dropped it. 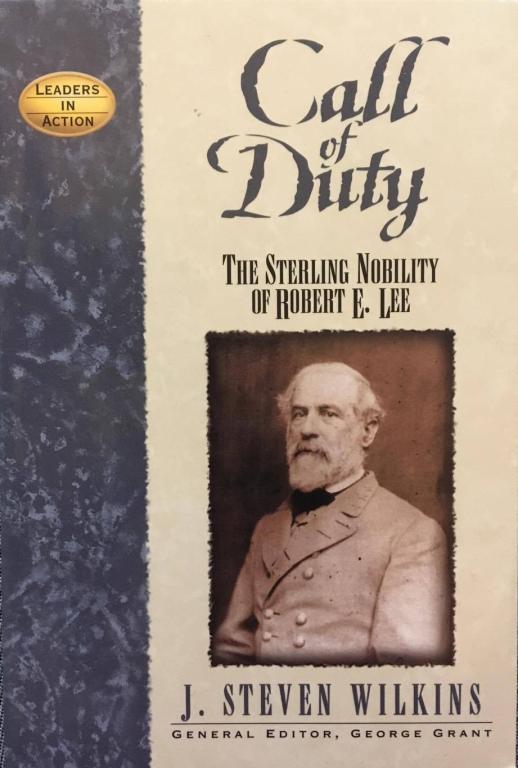 The book’s title—“Call of Duty: The Sterling Nobility of Robert E. Lee”—is enough to evoke consternation. That was not, however, why I dropped the volume. What startled me was the author’s name. I know that name.

Remember our friend Doug Wilson? Wilson is a pastor and author with his own college, seminary, and association of Christian schools. While Wilson promotes Christian schools as the ideal, he has also written both books and textbooks that are widely read by Christian homeschoolers, and his name is well-known and respected in these circles. In 1996, Wilson published a short book titled Southern Slavery As It Was, in which he praised the antebellum South, writing that “[t]here has never been a multi-racial society which has existed with such mutual intimacy and harmony in the history of the world.” Wilson didn’t publish this work of southern apologism alone; he co-wrote it with a man named Steve Wilkins.

But it gets worse. In 1994, two years before publishing Southern Slavery As It Was, Wilkins helped found the southern secessionist group League of the South, which preaches white nationalism. Wilkins published his book about Lee in 1997, and remained on the board of the League of the South until well into the 2000s. The League of the South promotes the creation of “a free and independent Southern republic” based on an “Anglo-Celtic core population and culture.”

The League of the South has been on my radar for some time, primarily because of Wilkins’ association with Doug Wilson. I’ve written about the organization here and here.  In one article, the organization’s current president wrote that “what is really meant . . . when they peg us as ‘racists’ is that we adhere to ethnocentrism, which is a natural affection for one’s own kind.” This “natural affection,” he wrote, was “healthy and Biblical.”

And yes—the League of the South was at Charlottesville.

That young black man who was viciously beaten in a parking garage at Charlottesville? The perpetrators were from the League of the South. The League does not deny the involvement of its members; instead, they claim the beating was in self-defense. In addition to being present at the rally (and being involved in the violence) two individuals from the League of the South were scheduled to speak at the rally.

How did a book written by a founder of a violent racist white supremacist secessionist group end up in the boxes of homeschooling books I was sorting through? Excellent question.

For a variety of reasons to complex to adequately address into here, a significant portion of Christian homeschool curricula contains white supremacist propaganda. Many well-meaning homeschooling parents are unaware of this problem, and because they trust anything that says it is “Christian” and uses words like “godly character,” they unwittingly bring these materials into their homes.

If you’re unfamiliar with this topic, you should check out this tweet thread by Kathryn Brightbill. Here is how it begins: 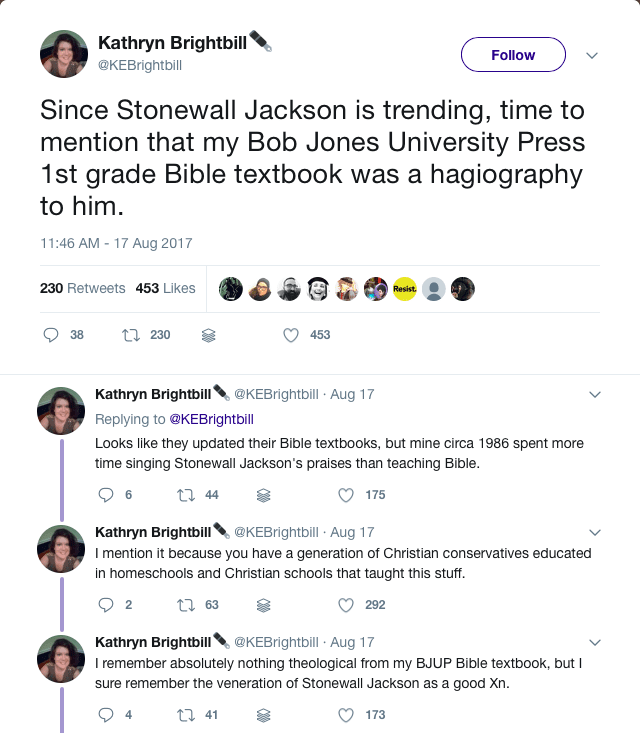 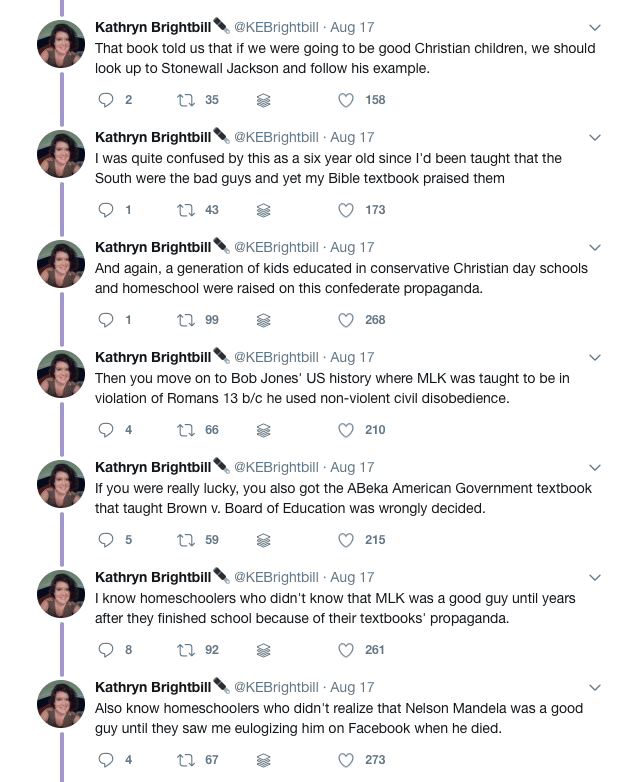 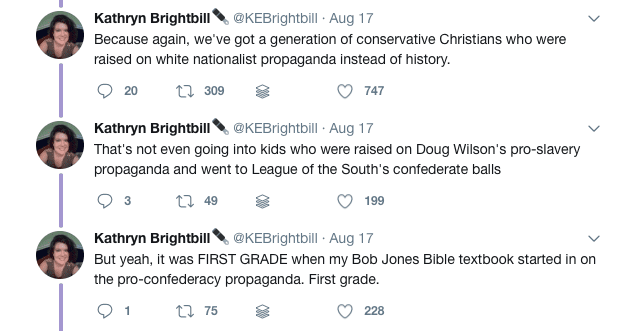 If you are a Christian homeschooling parent, you have to actively work to avoid white supremacist materials—and even then, something might slip through.

I grew up in a home where abolitionists and those who ran the Underground Railroad were admired; Lincoln was praised, and slavery was condemned. And yet, I also grew up reading the Elsie Dinsmore books, which my parents bought from a homeschool catalogue, likely without knowing how thoroughly racist they are—and when my father read aloud from the British imperialist G. A. Henty books, also purchased from homeschool catalogues, he had to pause to skip over the racist bits.

And that, I am quite sure, is how a white supremacist book written by the founder of a violent racist white nationalist secessionist organization came to be in the homeschool library I found myself so recently sorting through. This was not the only book of its kind that I found there, either. 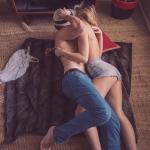 September 5, 2017
I'm Really Really REALLY Glad I Had Sex Before Marriage
Next Post 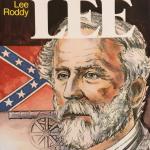