Benjamin Franklin and the Prayer That Didn’t Happen

In his speech before the Values Voter Summit earlier this month, Trump said the following:

The American Founders invoked our Creator four times in the Declaration of Independence — four times.  (Applause.)  How times have changed.  But you know what, now they’re changing back again.  Just remember that.  (Applause.)

Benjamin Franklin reminded his colleagues at the Constitutional Convention to begin by bowing their heads in prayer.

Religious liberty is enshrined in the very first amendment of the Bill of Rights.  And we all pledge allegiance to — very, very beautifully — “one nation under God.”  (Applause.)

This is America’s heritage, a country that never forgets that we are all — all, every one of us — made by the same God in Heaven.  (Applause.)

The Convention made a deliberate decision not to begin its proceedings with official public prayers. Since meetings of the Continental Congress had done so, and as the First Congress would create a chaplaincy and implement opening prayers in meetings of Congress, the Convention’s decision is noteworthy.

In other words, somewhere along the line the decision was made not to open the Constitutional Convention with prayer, even though opening with prayer was typical for similar bodies at the time.

While I’ve seen conservatives cite Franklin’s call for prayer many times, using it as evidence that the founding fathers were Christians who intended the United States to be a nation built on prayer, I’ve never seen these same conservatives grapple with the absence of prayer Franklin’s appeal for prayer suggests.

So, what happened next? Again according to Whitten:

During the darkest days of the Convention, Benjamin Franklin offered an eloquent motion noting the omission of prayers and recommending that they be instituted.

Time and time again I have seen apologists for Christian America assume or deceitfully insinuate that Franklin’s motion was well received and that the initiation of prayers in the Convention was the moment of breakthrough, resulting in a miraculous, God-blessed Constitution. In fact, a debate broke out over Franklin’s motion and it was never voted upon.

Franklin wrote that the Convention “except for three or four persons, thought prayers unnecessary.”

In other words, the vast majority of the fifty-five delegates at the Constitutional Convention disagreed with Franklin’s proposal, and no prayer was held.

Why was Franklin’s proposal not acted on? We learn more in a paper by Louis Sirico, professor of law and legal writing. According to Sirico, Alexander Hamilton “feared the effect that adoption would have on those who were not privy to the Convention’s deliberation.” Namely, he worried that it might “lead the public to believe that the embarrassments and dissentions within the convention, had suggested this measure.” Hugh Williamson, a former minister, noted that the Convention had no funds with which to pay a minister.

The Convention ultimately adjourned without voting on Franklin’s proposal, though Franklin himself estimated, as noted above, that not more than a handful of delegates supported his proposal.

Years later, Madison confirmed the accuracy of Franklin’s notes and mentioned three considerations that may have contributed to the failure of Franklin’s motion: its deviation from the Quaker method of worship, the differing religious convictions of the delegates, and the differing convictions of the members of the Philadelphia clergy. “The Quaker usage, never discontinued in the State & the place where the Convention held its sittings, might not have been without an influence as might also, the discord of religious opinions within the Convention, as well as among the Clergy of the Spot.”

The differences of religious opinion within the Convention and the clergy of the area are easy to understand—what is meant by the reference to the Quaker usage? Though the city had become more religiously diverse since the early 1700s, Philadelphia was originally dominated by Quakers. I am not an expert on Quaker religion, but I do know that Quakers have traditionally not had ministers or formal worship services.

Franklin’s proposal that the Convention invite a minister to open each session in prayer was not approved because (a) some feared approving such a proposal now would make the Convention look desperate; (b) there was no money to pay ministers; (c) there were religious differences among the delegates and the local clergy; and (d) the Quaker tradition still prominent in Philadelphia tended against public prayer by ministers. 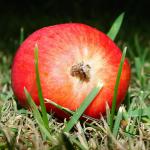 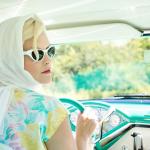 October 24, 2017 Crudity and Sexism Are Not Synonyms
Recent Comments
0 | Leave a Comment
Browse Our Archives
get the latest from
Nonreligious
Sign up for our newsletter
POPULAR AT PATHEOS Nonreligious
1