Crudity and Sexism Are Not Synonyms

Crudity and Sexism Are Not Synonyms October 24, 2017 Libby Anne

I’ve probably written about evangelical pastor, blogger, and author Doug Wilson more often than I should. After all, criticizing fringe people can sometimes elevate their signals and give them more influence than they might otherwise have had. However, Wilson is not truly fringe. Through John Piper and other evangelical bigwigs, including the Gospel Coalition, Wilson has access to a powerful megaphone within evangelicalism.

As I read a post Wilson wrote last month, I was struck by the obtuseness of Wilson’s argument. Wilson was responding to an exchange that occurred when CNN’s Brooke Baldwin interviewed ESPN’s Clay Travis about the NFL protests. Wilson, though, didn’t appear to understand why the interview became an issue.

Why does Wilson bring up this exchange? He explains as follows, using Baldwin’s question—“Why would you even go there?”—as a jumping-off point:

…our entire culture has been “going there” for quite some time now. In fact, we have been going there for long enough that we may safely conclude that we have now arrived. We have arrived, and have unpacked. We are settled in. This is where we live now.

And the point I desire to make is not really that complicated. It is that you can’t go there, and remain where you were previously. It is one or the other, so to speak.

Put this another way. You cannot simultaneously live in 1952 and 2017. Moreover, you cannot toggle between those years, depending on who or what just offended you. If you have been a whole-hearted advocate of coarsening the culture, and of all things guaranteed to coarsen it further, you cannot really complain, at the end of the day, about the coarsened culture you now have. “How did this happen? Why weren’t we informed?”

Wilson is not nearly as perceptive or honest as he portrays himself. On his blog, Wilson’s persona is that of an educated, lettered man just speaking the truth. And yet, here Wilson makes an argument that is so bad that I’m almost embarrassed for him.

Wilson asks whether we are supposed to be “offended at crudity” or “liberated into crudity” without ever defining what he means by “crudity.” Have a look at the equivalence he draws:

Let’s conduct a little thought experiment, you and I. Let us try to imagine what kind of discourse, what kind of language, is acceptable in the CNN newsroom when the cameras are not running, when that little camera light is not on. What kind of all-purpose adverbs, beginning with the letter f, might we be accustomed to hear in casual conversation, whether or not a female host might be on set?

Wilson, it appears, does not see a difference between a man saying, on the air, that “the First Amendment and boobs” are the two things that have never let him down, on the one hand, and people using a word that begins “with the letter f” in casual conversation in the newsroom, on the other. Both, to Wilson, are “crudity,” and you cannot consistently object to one and not the other. Except, of course, that this is nonsense.

Either Wilson is not perceptive enough to realize that there are different kinds of crudity—or that there is a difference between crudity and sexism—or he is not being honest with his readers in how he portrays the situation.

Even so, in Wilson’s understanding there is little difference between saying the f word and making crude sexist comments.

Let me finish by pointing out Wilson’s apparent belief that these things didn’t happen in 1952. Seriously? As though sexual harassment, sexual assault and rape, and back-room crudity weren’t a thing? Just because things were hidden behind a veneer of family-oriented suburbia doesn’t mean they didn’t happen. Come on.

Wilson considers himself a wit and positions himself as an intellectual. I’ve long disagreed with him and with his conclusions, but I’ve increasingly found myself disturbed by the lack of basic understanding and argumentation Wilson displays while positioning himself as a cultural expert. In his piece, Wilson does not even grapple with any of the above—with the actual climate of the 1950s, or with different types of crudity. Wilson doesn’t pause to understand why Baldwin objected to Travis’ comments; instead, he makes a snap assumption and doubles down.

Wilson may have a large audience, but he is not the sage he thinks himself. 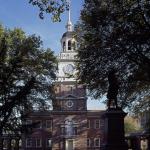 October 23, 2017
Benjamin Franklin and the Prayer That Didn't Happen
Next Post 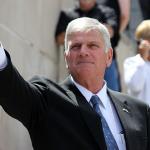 October 25, 2017 On Protecting Women from Abusers, Franklin Graham Is an Opportunist and a Hypocrite
Recent Comments
0 | Leave a Comment
"Yes, but considering context is Papist. (It's ironic how many people like this guy are ..."
Jenny Islander Feminists, Repent!
"Now I am wondering if Matt Carobini knows that Doug Emhoff is Jewish.Which would add ..."
Michael W Busch Feminists, Repent!
"We homeschooled our daughter in 7th grade because we'd moved, and the middle school was ..."
Michel Homeschooled Congressman Urged Conservatives to “Lightly ..."
"There must be changes made which will prevent another episode such as this. For 4 ..."
Michel Homeschooled Congressman Urged Conservatives to “Lightly ..."
Browse Our Archives
get the latest from
Love, Joy, Feminism
Sign up for our newsletter
POPULAR AT PATHEOS Nonreligious
1