I grew up in an evangelical home in the 90s and not allowed to go trick-or-treating. While my church had a harvest fest where we were allowed to wear costumes every year, I always felt like I was missing out on something, and the vilification of trick-or-treating contributed to the frightening nature of the holiday. In this vein, I was pleased to see Christianity Today publish an article by Ed Stetzer titled Three Reasons You Should Go Trick-or-Treating. I was not as pleased, though, by the reasons Stetzer offered.

At the start of his post Stetzer acknowledges that Halloween “has sparked quite a bit of controversy in Christian circles over the years” and that the holiday’s “dark history” should concern evangelicals and impact their decisions regarding how to celebrate the holiday. Stetzer, though, says that he would argue that evangelicals should participate in trick-or-treating.

First, this is likely the only time all year when neighbors will flock from near and far, ring your doorbell, and want to have face-to-face interaction with you.

When guests arrive at your porch, take time to let the conversation go past celebratory exclamations of ‘trick or treat.’ Remember their names, take down their numbers, and convey your interest in being a part of their lives. This night is a once-a-year opportunity to do something so simple, yet so critical: get to know your neighbors.

Of course, you can meet your neighbors any time—but on this day, they are coming to your door.

Okay. Let’s see where this is going.

Second, you don’t have to abandon your Christian faith or confess allegiance to pagan deities in order to celebrate Halloween.

Certainly, make sure you’re careful as you select costumes for your kids and decorations for your home. Ask yourself, Does this item symbolize or support an ideology that’s incompatible with my faith? Does it represent my love for Jesus and the commitment I’ve made to follow him? If something seems to honor fear or celebrate something Satanic, parting with it is probably a good idea.

But it’s simply not true that you are participating in deeds of darkness when you dress up like a farmer and get candy from neighbors. You can be a good and fun neighbor without joining the Church of Satan.

I’d warn against requiring your children to dress as Bible characters, which I’ve known some parents to do, but okay, I’ll bite. What’s Stetzer’s third reason?

Third, you can have a missional Halloween in how you greet neighbors.

And, most importantly, start relationships you will follow over the winter. On Halloween, do what we do: invite some neighbors over in November and December.

Perhaps you’re wondering why Stetzer didn’t just combine his first and third points to make one argument and move his point about costumes not always being Satanism to his intro matter. I am too. But look what’s missing: fun. Or look what else is missing: not making kids feel excluded. Letting kids engage in their culture and have the same experiences as others in their age cohort. Letting kids engage in the excitement of choosing and designing their own costumes. Even the family time spent working together on costumes and brainstorming ideas is left out of Stetzer’s accounting.

If Stetzer leaves all that out, just what does he include? Meeting neighbors. I’ll give him this one. While my kids make it down our street and off to the next pretty quickly, we generally go trick-or-treating in a party with neighbors, and the kids constantly run into other kids they know from school while we’re out. It’s a festive, communal event, though there isn’t generally time for much chatting at the door—there are other kids coming up the step and more houses to hit.

But let me ask you this—why does Stetzer encourage evangelicals to use the holiday to meet their neighbors? The answer is in his third point (which is really a reprise of his first point): to be missional. And just what does missional mean? It means “the adoption of the posture, thinking, behaviors, and practices of a missionary in order to engage others with the gospel message,” generally in one’s own culture and daily life.

In other words, the purpose of participating in Halloween is to meet the neighbors, get their phone numbers, invite them over in November or December, and form relationships with them, all with the ultimate goal of converting them to your brand of white evangelical Christianity. Slow clap, anyone?

This second approach can be combined with an ultimate evangelistic goal—that those they are showing love to will notice that they are different and ask why, presenting an opportunity to share the gospel—but it is not always, and even when it is, the focus is often different. Many Christians who take this approach (and these are not necessarily evangelicals) believe they are to show love and shower others with kindness not as a hook for conversion but simply because that is what God has called them to do.

When we moved to our current neighborhood, a family that lives a few doors down asked us over for dinner. They invited us into their home and into their lives. Today we do favors back and forth, swapping childcare and sharing food, setting movie nights and brunches. They made us feel welcome, wanted, and a part of this neighborhood. I’m trying to imagine how I would feel if, after all that, I were to learn that these neighbors did it all just to get to a point where they could make the sell and attempt to convert us to their religion. I would feel betrayed. Lied to. Misled.

But these neighbors aren’t evangelical. They’re Jewish, and Jews don’t proselytize. This family reached out to us, got to know us, and brought us into their lives because that is who they are, and not for any ulterior religious motive. Think for a moment what that says about evangelicals like Stetzer, for whom getting to know the neighbors is a calculated act designed to bring about conversion. Can you see why that feels off?

I suspect Stetzer would respond by pointing out that, as an evangelical Christian, he believes those who are not converted will be tortured for eternity in hell. From this perspective, a laser-like focus on conversion is the only responsible, ethical approach. But I would urge evangelicals like Stetzer to consider how this looks and feels to those on the outside, because it’s not pretty.

But hey, if it means today’s evangelical kids get to go trick-or-treating and don’t feel left out like I did, that’s something. 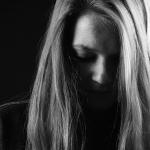 October 30, 2017
On the Evangelical Response to Harvey Weinstein
Next Post 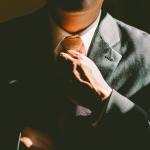