On the Evangelical Response to Harvey Weinstein

I’ve been frustrated, watching the evangelical response to the Harvey Weinstein affair. As most of my readers likely know, Harvey Weinstein, a powerful Hollywood film producer, has now been accused of sexual assault and harassment by upwards of 60 women. He has been fired from his company and expelled from the Academy of Motion Picture Arts and Sciences. And the evangelical response has often looked something like this:

We told you Hollywood was a cesspool.

The trouble is that sexual assault and harassment is not merely a Hollywood problem.

In 2013, Bill Gothard was accused of sexual assault and harassment by dozens of women whose allegations spanned from four decades. Gothard was best known for running the Institute for Basic Life Principles (IBLP), a popular fundamentalist organization that focused on promoting family values and character-driven lives, since founding the organization in 1983. Most of Gothard’s accusers were individuals he selected at family conferences to come live at his headquarters and serve as his personal assistants, as untrained, vulnerable teens. For decades, the IBLP board looked the other way.

Gothard, of course, is not alone. Doug Phillips preached family values while sexually harassing his young nanny; the Association of Baptists for World Evangelism covered for serial pedophile Don Ketcham for decades; Sovereign Grace Ministries covered up child sexual abuse in its churches. The issue extends beyond high profile sexual abuse allegations in evangelical ministries and churches. Eighty percent of white evangelical Christians voted for Donald Trump, a man admitted to sexually assaulting women as a matter of course.

There’s a reason I bring all this up. Namely, the evangelical response to sexual assault and harassment scandals within their ranks has been far different from their response to Harvey Weinstein. It has looked more like this:

Judge not lest ye be judged.

Why are you trying to destroy this man’s life?

God has already forgiven him.

Let him who throws the first stone be without sin.

There are two sides to every story.

What about the good this man’s ministry has done?

But for the grace of God, there go I.

And, worst of all, the evangelical response frequently turns to victim blaming. When a 14-year-old girl stepped forward and accused missionary Don Ketcham of sexually abusing her for two years, mission agency officials blamed the girl and made her sign a statement confessing to adultery and begging forgiveness.

To be sure, there are some evangelicals who are pushing back against these toxic ideas and attempting to change perspectives toward sexual abuse and sexual abuse survivors within the church. These individuals, however, are not the ones treating Weinstein’s demise as some sort of ideological scoring point.

When I post on this blog about sexual abuse in evangelical circles, the drive-by comments from evangelicals defending the accused and castigating those who want to see justice done are almost inevitable. I’ve seen the same when sexual abuse has come to light in my own community of origin: individuals rush to blame the victim and excuse the perpetrator. And yet Harvey Weinstein is proof that liberals are evil.

Perhaps the best example of this hypocrisy is evangelical pastor and author Doug Wilson, who has written about Weinstein as an indictment of the “septic tank” that is Hollywood. Wilson, as you may remember, asked a judge to show leniency toward a serial pedophile who attended his seminary, and responded to the horrific sexual abuse of a 14-year-old girl by another of his seminary students by placing the blame on her family and portraying the abuse as consensual.

I have watched with gratitude as Weinstein’s accusers have been believed and as Weinstein has lost various positions of influence and power. While we still have far to go, our society has made great strides in its response to sexual abuse in recent years. Evangelicals need to drop the point scoring and start listening. If I had reason to believe that the evangelical response to Weinstein displayed a sea change in their attitude toward abusers, that would be one thing. Evangelicals’ continued defense of attacks on Title IX suggests that it is nothing of the sort. 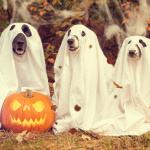 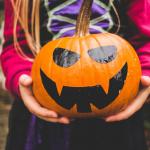