Actually, Creationists Do Believe in Evolution

Patheos Explore the world's faith through different perspectives on religion and spirituality! Patheos has the views of the prevalent religions and spiritualities of the world.
David McAfee at the Friendly Atheist recently covered the discovery of a new species of finch on the Galapagos Islands—a species that developed in just two generations. In this case, announced in the journal Science, a finch new to the islands mated with a native finch and produced offspring that were reproductively isolated by their mating song. McAfee made this observation about the case:

The news is likely to upset Young Earth Creationists, who reject the evolution of new species by natural selection, and this one especially stings because the species observed evolving in real time was a new type of Galapagos finch. Charles Darwin, of course, developed his famous theory by studying varieties of finches on the Galapagos Islands.

Here’s the thing, though: Young Earth Creationists actually do believe in evolution.

This is how the Institute for Creation Research explains it:

Macroevolution refers to major evolutionary changes over time, the origin of new types of organisms from previously existing, but different, ancestral types. Examples of this would be fish descending from an invertebrate animal, or whales descending from a land mammal. The evolutionary concept demands these bizarre changes.

Microevolution refers to varieties within a given type. Change happens within a group, but the descendant is clearly of the same type as the ancestor. This might better be called variation, or adaptation, but the changes are “horizontal” in effect, not “vertical.” Such changes might be accomplished by “natural selection,” in which a trait within the present variety is selected as the best for a given set of conditions, or accomplished by “artificial selection,” such as when dog breeders produce a new breed of dog.

This is not, of course, how any of this works. Anyone who understands evolution knows that evolutionary change over time is always going to look small and gradual.

You’re not going to see a “whales descending from a land mammal” in a single generation. In whale evolution, each form is going to look very much like its ancestral form 1000 or more years earlier. It will always look like change “within a kind,” in Young Earth Creationist speak, until one day you look back at the very beginning and realize you now have something very different.

The issue is even deeper and more interesting, though. There is a case to be made that Young Earth Creationists actually believe more strongly in evolutionary change than do evolutionary scientists. No, really. Take a look at this:

Genetics has clearly established that Neanderthals and Denisovans were fully human. Any physical differences should be viewed as nothing more than variations that can occur within the human race descended from Adam and Eve. For a time, these descendants all lived together at the Tower of Babel. Following the post-Babel migration and late into the Ice Age, differing human populations began to appear in the fossil records, such as Neanderthals and Denisovans.

Yes, really. Let’s think about the timeline here. According to Answers in Genesis, Noah’s flood occurred in 2348 BC. The Tower of Babel occurred in 2242 BC. What about the other end of our date range? Answers in Genesis holds that Neanderthals died out before the end of the “post-Flood ice age.” How is the post-Flood ice age dated? Have a look at this, from the Journal of Creation:

The estimate by Snelling and Matthews for the timing of the end of the Ice Age is more controversial. A short, 250-year duration for the Ice Age seems less likely, based on the calculations by Oard and the evidence for repeated ice advances and retreats observed across the northern continents. The thicknesses of continental glacial depositional landforms (moraines, eskers, kames) also seem to suggest a much longer Ice Age that may have instead reached a glacial maximum 500 years post-Flood.

Answers in Genesis’ estimates are more in line with the shorter end of this range: The organization gives the dates 2100 to 2000 BC for the end of the ice age. This means that the Neanderthal had between 150 years and, and possibly as many as 400 years (the longer 500 year ice age estimate dates from the Flood, not from Babel), to evolve, live, and die out.

It is explained like this in an article from Answers in Genesis:

Another interesting development during the Ice Age was the appearance of Neanderthal people, whose range was restricted to Europe and the Near East. Like all other humans, they were descendants of the people who scattered from Babel. Their remains do not appear until the middle of the Ice Age, and they disappeared as the glaciers reached their maximum and the cold, dry weather reached its worst.

Answers in Genesis claims that Neanderthals and all other early hominids were descended from Noah and his family, and that the differences between the groups can be explained by a few hundred years of evolution after the dispersal at the Tower of Babel. This is a terrific amount of evolution to squeeze into a few hundred years.

It wouldn’t be stretching the truth, then, to suggest that some Young Earth Creationists believe more strongly in the power of evolution than do evolutionary scientists. It is not evolution they reject, but rather the evolutionary timeline. 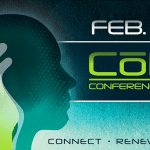 November 28, 2017
Why Is Jim Berg Speaking at BJU's Biblical Counseling Conference?
Next Post 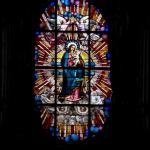