What Women Lost in the Protestant Reformation

What Women Lost in the Protestant Reformation November 30, 2017 Libby Anne

And then there are the words of the Reformers themselves:

“The word and works of God is quite clear, that women were made either to be wives or prostitutes.”

“Men have broad and large chests, and small narrow hips, and more understanding than women, who have but small and narrow breasts, and broad hips, to the end they should remain at home, sit still, keep house, and bear and bring up children.”

Martin Luther did not mince words. The Protestant Reformation saw the closing of convents and the end of women’s religious vocation. To be sure, women’s role in the Catholic Church was always circumscribed. Women could not be priests, bishops, or the pope. And then there was Malleus Maleficarum, with its warnings about female sexuality and its linking of women and witchcraft. But Catholicism also left the door open to a variety of religious vocations for women. With the Protestant Reformation, this ended.

Protestantism gave women one role and one role only—that of wife and mother. The Protestant Reformation, then, circumscribed women more fully in the home than women had previously been. Women’s purpose was to make babies and keep house.

During the middle ages, numerous female mystics and theologians made an impact in religious faith and practice. Julian of Norwich, an anchoress, is an excellent example, but she is not alone. Hildegard of Bingen, an abbess, wrote theology. Bridget of Sweden wrote an extremely successful book on her revelations and founded a religious order. Mechthild of Magdeburg, Gertrud the Great, and many others wrote books and outlined visions. Catherine of Genoa changed the Catholic conception of purgatory.

With the coming of the Protestant Reformation, religious vocations that had offered women the opportunity to study, contemplate, and write disappeared, replaced by the expectation that all women marry and spend their time in childbearing. The Protestant Reformation circumscribed women’s options, leaving them with just one—submission to an individual man who would be their lord and master.

No longer could a woman become an abbess, gaining some authority over others in her sphere. No longer could a woman eschew marriage and choose instead devotion to religion and learning. Certainly, convents were not perfect. In some cases wealthy women were sent away to take religious orders if her parents did not have enough for a dowry, whether that was their choice or not. The availability of options did not mean that choices were not circumscribed. They were. But with the elimination of options, their choices became only more circumscribed.

In the thirteenth century, Clare of Assisi left her father’s home to join Francis of Assisi, whose preaching had moved her, and take religious orders. Her father attempted to kidnap her and bring her home to marry her to a wealthy suitor, but Clare resisted, telling her father that she would be the bride of Christ and no other. Clare went to the pope to gain permission to create her own religious order. Ultimately, Clare’s sisters and mother joined her in her order. This female space disappeared with the Protestant Reformation.

I grew up on stories of Susanna Wesley, a Protestant woman who lived in the seventeenth and eighteenth centuries. Susanna bore 19 children. She raised these children in near-poverty, ensuring that each one learned the Bible and held a strict code of morality. Two of her sons, John Wesley and Charles Wesley, went on to found the Methodist church. Susanna was praised for her fecundity, the godly way she raised her children, and the success of her progeny. Did Susanna write books that were read by others or advance theology or Christian practice? No. She raised sons who did that, and that is what made her worthy of praise.

Interestingly, the Gospel Coalition, a conservative evangelical organization that still publishes articles by Douglas Wilson despite his role in urging for leniency for pedophiles in his church and defending slavery in the antebellum South, has argued that the Protestant Reformation actually expanded women’s religious influence:

As monasticism died in Protestant lands, two things happened concurrently: women lost the church office they once occupied as nuns, and they gained spiritual equality with men. Suddenly, there were no ecclesial roles for women (which had often been given to those considered good enough or rich enough). Instead, all Christian women enjoyed the benefits of membership in the priesthood of believers.

Read that paragraph again if you need; it won’t start making any more sense than it does on the first read. Believe me, I tried.

The article goes on:

While roles of ecclesial authority—such as pastor or elder—were open only to men, the priesthood of all believers created respect for women and opened doors medieval Catholicism had closed. Marie Dentiere and Katharina Zell published theological works based on Scripture. Anna Bullinger and Margarethe Blaurer did crucial poverty relief. Anna Zwingli and Katharina von Zimmern served on a city council.

I could not find anything at all about Anna Zwingli or Katharina von Zimmern serving on any city council. If they did, their tenure must have been extraordinarily brief.

What of these female theologians? In 1539, Marie Dentiere wrote a letter encouraging greater female involvement in the church and arguing that men and women were equally qualified to interpret scripture. The authorities in Protestant Geneva responded by burning all of the copies of her book that they could find and preventing women from publishing anything in the city for the rest of the century. Katharina Zell wrote pamphlets, and faced harsh criticism for doing so; she always made sure to tell her critics that she merely served as her husband’s partner, doing his will, and that she did not neglect her home.

Here’s what’s truly bizarre about this section: it suggests that publishing theological works based on Scripture and doing poverty relief were doors closed during medieval Catholicism. Nothing could be further from the truth. It is widely believed that women published more works, including works of theology, during the medieval period than they did after the Reformation, and nuns did do poverty relief.

Here is one last paragraph from the Gospel Coalition article:

Women also had new relationships with office-bearers based on a revived reverence for the pastoral office. Because these ministers derived their authority from God’s Word, not Rome, women could have a true and genuine respect for pastors as they taught. The Reformation fundamentally changed the relationship between women and the church by opening lay ministry to all women, and by giving them faithful shepherds who cared for their souls in biblical ways. It’s a good reminder for us as the church struggles to clarify gender roles today.

Yes, that really is the argument being made here—that women benefited from the Reformation because they could now respect the men who preached to them, unlike before. The point about opening lay ministry to women is somewhat more interesting. It is true that the Reformation ended narrowed the distinction between religious and secular vocations. No longer did one have to choose between the two. However, lay ministry under Protestantism did not offer women the same opportunities that religious vocations had under Catholicism.

There is something else women lost to the Protestant Reformation, too—the Virgin Mary. Under the Reformation, religion became much more masculine. Gone was Mary, the Mother of God, and gone were the female saints, whom women had related to, asked favors of, and drawn strength from for centuries. Compare the stained glass windows and images in a Catholic church with those in an old-style Protestant church and you’ll see what I mean. We talk about representation. Mary wasn’t perfect, but she provided that.

Of course, I’m not saying that this is one-dimensional. There were things that were gained during the Protestant Reformation—it brought a greater emphasis on literacy, including for girls, so that they could read the Bible. In addition, the Council of Trent, held between 1545 and 1563 in response to the Protestant Reformation, curtailed some of the role and space of nuns and convents. Finally, it is Protestant denominations today that ordains women, a practice still forbidden in Catholicism.

But however we parse it, it is worth thinking about what was lost when the Protestant Reformation closed convents and ended women’s religious vocation, and about the ways Catholic women in the medieval period created spaces for themselves in the midst of a patriarchal society. 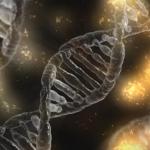 November 29, 2017
Actually, Creationists Do Believe in Evolution
Next Post 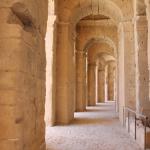 Beach Reach: What It's Really About
Roll to Disbelieve
Related posts from Love, Joy, Feminism