What Alias Grace Tells Us about “Consequence-Free” Sex

I just finished watching Alias Grace, a new Netflix miniseries based on a novel by Margaret Atwood, of Handmaid’s Tale fame. Alias Grace is terrifying. It is set in Canada in the 1840s and 1850s, and follows the story of a woman accused of murder. The series is terrifying because, unlike the Handmaid’s Tale, it really happened. It is a horror story, and patriarchy is the villain. As I watched, I thought about something I heard growing up.

I grew up in a devoutly anti-abortion conservative evangelical community. Most of those I knew did not oppose birth control across the board (although hormonal methods such as the pill tended to be condemned as “abortifacient”). Still, birth control was often treated as an object of extreme concern—it was birth control, after all, that had opened the floodgates of promiscuity.

It is patently false that women did not have sex before marriage before they had access to birth control. One study found that as many as one third of brides in the colonial mid-Atlantic region were pregnant at the altar. Rates of sexual activity are extremely difficult to study. Evangelicals are not wrong, though, that something has changed.

As Grace describes her life and the events that led up to her murder conviction, I couldn’t help but think of the narrative I was given as a child. Time and again, Grace refuses men’s sexual advances. At one point she tells a man who is trying to convince her to go off with him that she will go—but only if he marries her. It would not be proper otherwise. As I watched, my mind went time and again to the messages I’d been given growing up.

Grace is the evangelical ideal. Given opportunity after opportunity, she refuses to jump between the sheets with the available young men around her. She is saving herself for marriage. Again and again she tells men no. Grace is chaste. But the reasons for her chastity, as anyone who has seen the miniseries knows, evoke a visceral horror in the viewer.

In Grace’s world, men are dangerous. Grace has seen men destroy the lives of woman after woman. Men are predators. Women are prey. The moment a woman accepts a man’s sexual advances, she opens the door to her own destruction. All of this is shown in such vivid, wrenching detail that the viewer can practically feel Grace’s fear and distrust in her interactions with the men around her.

Growing up, I was told that birth control opened the floodgates of promiscuity because it led to “consequence-free sex.” The supposed sexual excesses of the present were contrasted to an idyllic past when men and women courted chastely and had sex only when married. Less discussed was where the consequences came in, what they looked like and who bore them. Certainly not the men. In Grace’s world, the men skate away free. No, the women bore the consequences. In Alias Grace, early signs of pregnancy evoke abject horror.

Grace is chaste, yes. Time and again, she turns down men’s sexual advances. But her reasons for doing so are so far removed from my own reasons as an evangelical teen, when I received a “purity ring” and pledged to wait to have sex until marriage, that it scarcely seems the same world.

This is not to say that nothing at all is the same. Women still risk being labeled sluts while sexual conquests only enhance a man’s standing, and women still bear the consequences of unintended pregnancies. But the ability of these labels to destroy lives, and the social gravity of these consequences, has changed. Raising a child out of wedlock bears less stigma today than it once did, and when Grace worries that a servant in her household, made pregnant by their master, will “be out on the road, her and her bastard,” it means something different than it does today.

Alias Grace should be required watching for any conservative who has ever complained about “consequence-free sex.” 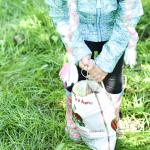 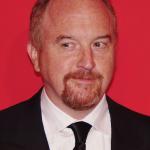