Children Are Not Wish Fulfillment Devices

These days the internet is filling with articles with titles like “Competition is Ruining Childhood. The Kids Should Fight Back.” We’ve all seen these pieces—modern children are under too much pressure, they don’t have unstructured playtime, their lives micromanaged by helicopter parents. I don’t disagree! Too few of these articles, though, do enough to analyze the causes of these problems. And there’s one cause in particular—though not the only cause by any means—that feels very familiar to me.

I grew up in a conservative Christian homeschool community where image mattered a lot. If your child was learning Latin, responded like an adult when spoken to, and dressed modestly and discreetly, that made you look good. It’s startling, in retrospect, how much status and pull, for adults, depended upon the behavior, dress, and education of one’s children.

This is one thing that made individuating difficult, as a young adult. When I questioned young earth creationism and embarked on a series of decisions my parents didn’t approve of, I knew my parents didn’t just disagree with my choices—my decisions also reflected badly on them. My choices, as benign as they might seem to the outside world, meant that they had failed—both as parents and as people. I worried about what that would mean for their image in the community when word got out—and I’m sure they did too. There was so much pressure to be perfect.

I don’t mean to make my parents out as shallow. It’s just that by homeschooling, they thought they could control their children’s outcomes, and because they were making unconventional choices for their children, they invested a very large amount in those outcomes. It wasn’t just outside image. It was also personal sense of worth. My mother, in particular, invested literally all of her time in raising and educating us children. In some sense homeschooling parents are set up to be the ultimate helicopter parents.

So when I turned out not-quite-as-planned, it shattered them. And how could it not?

This problem is not limited to homeschooling families. Many parents, especially today, have specific outcomes in mind—think of parents who push their children into a given athletic track, or competition sphere—or tie their sense of value and meaning to their children. Johnny is in this activity, and that activity, Johnny makes straight As, and on and on. How does hearing talk like this—and children will overhear it—affect children?

I am no psychologist, but I am fairly certain that children do need to know that their parents are proud of them. I would not say otherwise. The problem is that parenting itself has become competitive. Breastmilk or formula? Cloth diapers or disposable? Delay vaccination or no? Reading flashcards, competitive preschools, expensive summer camps—and it really never ends. At some point it ceases to be only about they children and begins to be also about image. And how could it not?

Keeping up with the Joneses has come to parenting with a vengeance, and pity the parent who doesn’t have their children in multiple after school activities. But what does this do to the way parents approach their children’s failures or successes? When parents invest so much in their children, from coding camps to hockey lessons, it’s easy to become overly invested—and children can feel that. They know there is more resting on a test score or a trophy than their own sense of personal success.

Our children haven’t just become overwhelmed, they’ve also become over-invested-in. Parenting is no longer simply about children—it is also about the parent. And let’s be real—how can a parent help but become over-invested in specific outcomes when constantly shuttling a child to all the best most important lessons, programs, and tutoring, and shelling out money, time, and gas like there’s no tomorrow? How can such a parent not base some of their self-worth in their children’s outcomes?

Certainly, we all want our children to be happy and successful. I would not suggest otherwise! But did we used to put this much pressure on ourselves to get them there?

Parents need to remind themselves that they cannot control their children’s outcomes. Children need to know that they have room to make mistakes, and that failing once in a while—or turning out other than planned—will not destroy their parents, or their relationship with them.

Make no mistake—parenting in this minefield is hard. When I had my children, I purposed to not tie my value and sense of meaning to my children. I have a career. I have hobbies. I read, and have interests outside of my children. That doesn’t mean it’s easy, however. I still have to purpose not to over-invest in specific attributes or outcomes—to let my children be children, and to make sure they know that my sense of value does not stem from them conforming to some specific pre-set expectation.

There was a time when my oldest had a particular interest in a subject that was meaningful to me. We spent months exploring it after school, reading books and doing projects. I posted pictures of what we created to Facebook, and shared amusing anecdotes and things she had said. But then, one day, her interest shifted. I tried to get her back onto the subject I so enjoyed, but that was it. She had moved on, and I realized I had to let her.

Children are not wish fulfillment devices. They’re people. The sooner we recognize that the happier we will all be, parents and children alike. 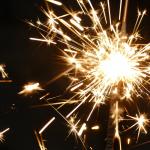 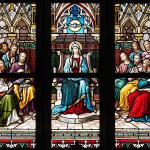