In December, Mark Galli, editor in chief of Christianity Today, published an article titled The Virgin Birth: What’s the Problem Exactly? The main gist of the article was that evangelicals tend to accept the Bible’s claim that Jesus was born of a virgin without any qualms, despite the doctrine being attacked by mainline Christians in the past. At one point Galli contrasts liberal arguments against fundamentalist responses. One particular exchange took me aback.

Galli began by describing “the main lines of liberal argument against” the virgin birth, offering this item:

It’s not possible for a human being to be conceived outside of intercourse between a man and a woman, and that’s the only way God providentially designed humans to be fruitful and multiply.

In the 1920s, then, liberal Christians argued that the virgin birth was likely a myth because it was scientifically impossible. So far so good.

But then, as a counter to the above point, Galli writes that:

More recent science has shown that parthenogenesis (asexual reproduction) is possible in plants and some animals, if extremely rare (see “Virgin Births Happen all the Time,” by Ted Olsen).

What in the blazes is this?

As if to compound things, Galli adds this note:

The fundamentalist reply of the time would have simply been to say, “Who says God could not or would not do this?”

Well yes, yes that would be the reply, and unless I very much miss my guess that is still the evangelical response, because I am not aware of any evangelicals out there who argue that Mary conceived through scientifically explained asexual reproduction, as that seems rather to get in the way of, oh I don’t know, the very doctrine of the divinity of Jesus.

The whole point of the virgin birth is that God intervened. If Mary naturally had a baby, born via completely naturally occurring parthenogenesis, Jesus would have been just a man. (Also, if Jesus was conceived via parthenogenesis he would have to be female—given that a woman has only X chromosomes to pass on—unless Mary was intersex.) What is gained by arguing that Mary could have become pregnant completely on her own, without any action by God at all?

It appears that Galli has gotten carried away in his desire to make his beliefs appear reasonable and scientific. On some level it’s not surprising. Evangelicals have spent a century and more arguing that Noah’s flood is a scientific reality, and can be proved by science. Proving the scientific reality of Christian mythology has become a veritable cottage industry (however misguided).

We have now reached the point where evangelicals’ love affair with science has grown so strong that figures like Galli are willing to risk undermining their own doctrines if it only makes them scientific. 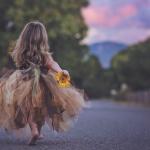 January 2, 2018
Children Are Not Wish Fulfillment Devices
Next Post 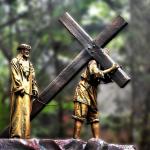