Several years I had a long conversation over Facebook messenger with a man who identifies as both Catholic and pro-life. The topic? Abortion. I sought to convince this individual not that abortion was morally justifiable, but instead that there were more effective ways to decrease the number of abortions performed—while supporting mothers and babies—than simply banning abortion.

At one point in the conversation, I argued that decreasing the stigma placed on single mothers could play a role in reducing the number of abortions. He was genuinely horrified, and told me that he believed there wasn’t enough stigma on single mothers—that that was part of the problem. Let me ask you this—if you were single and pregnant, would you be more likely to consider getting an abortion in a society that stigmatized and isolated single mothers, or one that accepted and embraced single mothers?

His approach has a price tag. Stigmatized single mothers do not suffer alone—their children suffer too. The price tag shows up in other ways—in hastily aborted pregnancies, and, traditionally, in women forced to give up babies for adoption, to be given to “better” families. All of this price my opponent was willing to pay, if it only would mean fewer women having immoral premarital sex.

You could argue that this was really about abortion, and not about wanting to prevent women from having immoral sex, as fewer women having premarital sex would mean fewer abortions, but that ignores two things—reality, and birth control. Some women have always become pregnant out of wedlock, regardless of the stigma against single parents; trying to control the sexual behavior of millions of women is simply not realistic. Furthermore, there are ways to interrupt the connection between “immoral” sexual behavior; promoting birth control access and use is a far more reliable solution than reinstituting or increasing social shame.

Curious to what extent my opponent is typical, I came upon this argument in a 2010 article by Robert Sirico, also Catholic, published by the Acton Institute, a right-wing think tank:

In a peculiar ideological twist, some opponents of abortion are opposing cuts in aid to single mothers. Many prolifers including National Right to Life, fear that such reductions in benefits will lead to an increase in abortions. Even Henry Hyde has joined Patricia Shroeder in being skeptical of welfare reform.

If this argument persuades, it could weaken ties between the Republican party and the anti-abortion movement.

Welfare reform, first passed in 1996, was up for reauthorization in 2010, but I cannot find anything National Right to Life opposing it. Sirico’s use of the names Patricia Shroeder (famous for opposing welfare reform in 1996) and Henry Hyde (famous for the Hyde Amendment, which blocks federal funding for abortions) is not a reference not to actions of individuals (Shroeder left politics in the late 1990s and Hyde died in 2007).

Given similarity of the anti-abortion group Feminists for Life’s slogan—“women deserve better than abortion”—to the Acton Institute article’s title—“Single Mothers Deserve Better”—and the existence of a 2010 NPR spot in which Feminists for Life opposed welfare reform, I’m going to go out on a limb and suggest that Sirico was referring to this group’s positions (perhaps he heard the NPR spot) and not to a greater pro-welfare movement within the mainstream of the anti-abortion movement (because I can’t find one).

How does Sirico respond to the pro-welfare arguments made by Feminists for Life?

But is their concern legitimate? Should we continue to subsidize single motherhood for fear that poor mothers might otherwise terminate their pregnancies? The answer is no on both counts.

State subsidies to single mothers encourage promiscuity. The point of removing the subsidies is to restore the natural penalties of risking pregnancy outside of marriage.

A National Bureau of Economic Research study demonstrates that a lack of funds is a reason why many women do not get abortions.

How can we be sure, once welfare is cut back, that promiscuity among the poor will decline? We cannot. But there is good reason to think it will.

Consider the claim being made here—that if single mothers didn’t have access to welfare, unmarried low-income women would not have sex. I’m having trouble picturing that. In pursuit of this, Sirico calls for restoring “the natural penalties of risking pregnancy outside of marriage.” Those natural penalties included poverty, struggle, and social inclusion—and they never fell on the woman alone. They also fell on her child.

If you wanted evidence that there are pro-lifers out there who care more about controlling women’s sexual behavior than they do about children, you need look no further.

As for Sirico’s claim that many women do not get abortions due to lack of funds, let me point out that raising a child costs a lot more than having an abortion. If a woman is faced with the potential of raising a child alone with no government assistance—as Sirico argues—scraping together enough money for an abortion (borrowing from friends, etc.) becomes only more important. Sirico suggests that if we can keep women poor enough they won’t be able to scrape together that money, leaving them to raise a child in even more dire poverty.

What kind of twisted logic is this?

Sirico claims that if we get rid of welfare people will donate more to charity and the private sphere can help women in these situations. This ignores the exact moralizing he is doing here. Seeking help from such as Sirico would almost certainly mean being shamed, blamed, and mistreated.

If abortion opponents’ only concern were preventing abortions, supporting and destigmatizing single mothers would seem a natural step. Yet this is frequently not the case. This is baffling, because this piece of the puzzle seems so simple and obvious. One would think that, for abortion opponents, concern about sexual morality would take backseat to the literal murder of babies, which is after all what they argue abortion is. And yet for many—including Sirico and the man I spent so long arguing with over Facebook messenger—it does not.

Some abortion opponents, of course, argue that the solution is not a reduction of stigma but a promotion of adoption. “The pro-life movement has long promoted adoption as an alternative for single mothers facing crisis pregnancy situations, offering them a viable alternative to abortion,” reads National Right to Life’s News Today. But what of the single mother who does not want to give up her baby?

The worst part of my hours-long Facebook messenger arguments with the Catholic man who argued that single mothers should face more stigma, not less? He has two daughters. I’m reminded of a woman I counseled while volunteering at Planned Parenthood who told me that she would like to keep her baby, but that if she did her father would kick her out, and she couldn’t afford to live on her own. 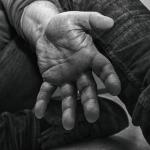 January 24, 2018
Pat Robertson once joked that his wild oats had "outlived the statute of limitations"
Next Post 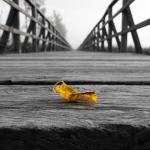 January 26, 2018 Voice in the Wind: A Web of Misunderstanding
Recent Comments
0 | Leave a Comment
Browse Our Archives
get the latest from
Nonreligious
Sign up for our newsletter
POPULAR AT PATHEOS Nonreligious
1